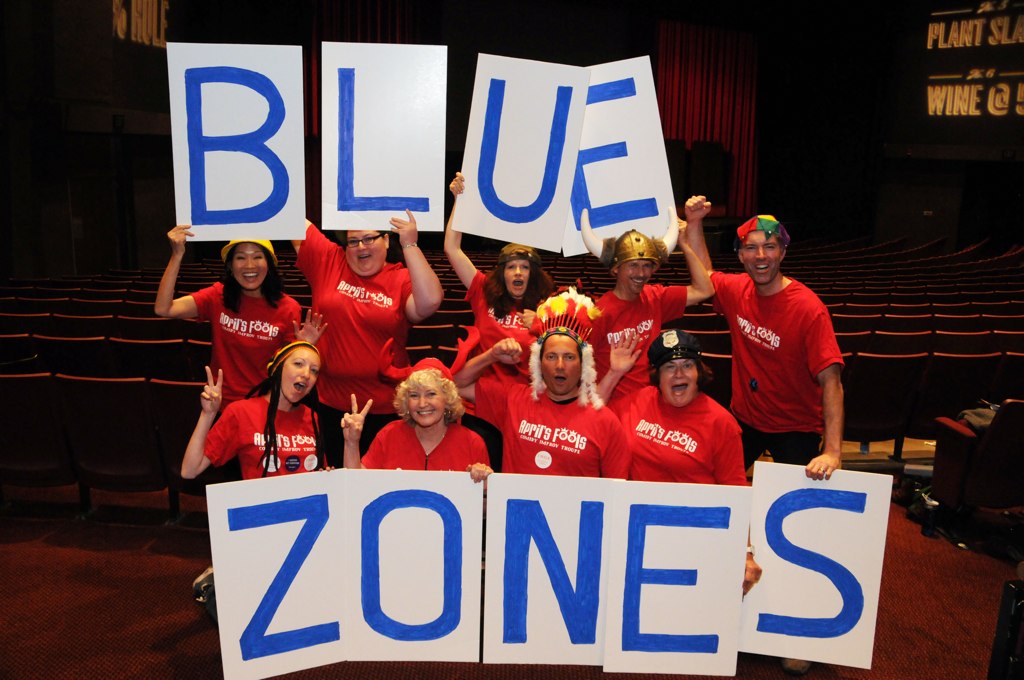 Nearly 950 people attended the latest Blue Zones Project rally held on Wednesday night in Redondo Beach, one of the three California Beach Cities on the road to becoming a Blue Zones Community®. Goldie Hawn, actress and founder of the Hawn Foundation and MindUp™ program joined National Geographic Fellow, Dan Buettner, to kick off the Blue Zones Project® initiative, where environmental and policy changes are being used to push residents to practice a healthier lifestyle with the goal of living longer and raising well-being!

The Blue Zones Project initiative is backed by evidence-based research, and spurred by Buettner’s findings on the lifestyle habits of people living in the world’s five blue zones, places with an extraordinarily high frequency of people who live over the age of 100 while actively maintaining their health.

Hawn’s MindUP™ program is a signature education initiative designed to help students manage their emotions and behaviors, reduce stress, sharpen concentration, and increase empathy and optimism, which cultivates well-being and emotional balance. This better prepares them for success, both inside the classroom and out. MindUp™ has been delivered to 5,499 students and 210 classrooms in the Beach Cities.

The 90-minute rally was an amazing success! Thanks to the 950 citizens who participated and Healthways’ Greg Stielstra for moderating the event! The kickoff started with the Blue Zones Expo, where Hawn and Buettner explained the steps to becoming a Blue Zones Community® and highlighted community success stories.

The rally ended with the presentation of two $500 awards: the Spirit Award, won by the April Fools comedy Improv Troupe and the award for bringing the most attendees, awarded to the Redondo Beach Unified School District. Community organizations also participated in raffle giveaways for a variety of prizes, including a beach cruiser!