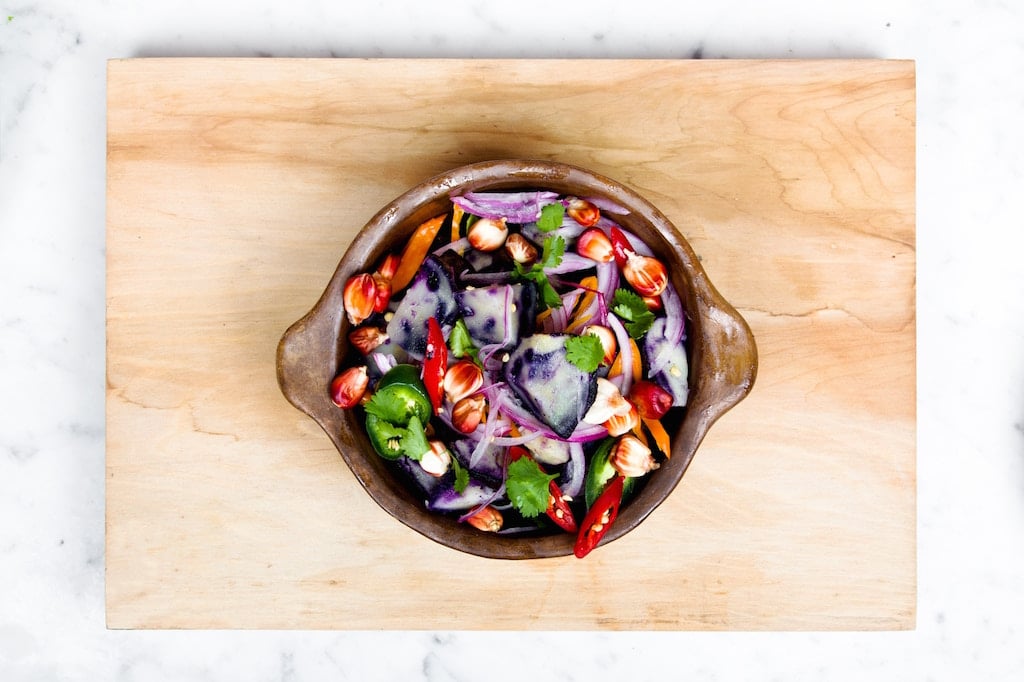 Are You Heart-Hungry? 5 Power Foods to Boost Your Mood

According to dietician Jane Jakubczak at the University of Maryland, negative emotions cause 75 percent of overeating. Reasons for “emotional eating” include past trauma, chronic or short-term stress, mood disorders like anxiety and depression, and low self esteem. A survey of 9,125 U.S. adults conducted by Dr. Gregory E. Simon, MD, MPH, at Seattle’s Group Health Cooperative showed that people who are obese are 25 percent more likely to have mood and anxiety disorders. People who overeat for these reasons may find themselves caught in a vicious cycle. They overeat because they feel bad, and they feel bad because they overeat.

Our brains are hardwired for rewards. Taken to the extreme, it can cause addiction. People can become addicted to a variety of substances and behaviors such as watching TV, using the internet, and even healthy behaviors like exercise. Sugar and fat trigger similar pathways and feelings as drugs. Some people get a more intense feeling after eating fat and sugar than others, more so when they are under stress or dealing with emotional trauma. Interestingly, Dr. Simon’s survey reported obese people are 25 percent less likely to abuse other substances, such as alcohol and illegal drugs, than non-obese people. This enforces the likelihood that some people use food to cope.

If you are a “stress eater,” try these five power foods to help improve your mood.

In addition to being a significant source of vitamins K, A and C (the greener, the better), spinach is an excellent source of folic acid (also called folate). This is a B vitamin sometimes used to treat depression. It causes a “feel-good” chemical called serotonin to be released. Try this Spinach Pie recipe.

Alternatives: You can also get folate from beans, lentils, and broccoli.

Researchers at the MIT Clinical Research Center have found that when you stop eating carbohydrates, your brain stops regulating serotonin, the chemical that improves your mood and suppresses your appetite. However, highly processed carbohydrates (i.e. white bread) cause rapid changes in your blood sugar levels and can result in mood swings. High fiber carbs like oatmeal stabilize blood sugar, and take a while to move through your system, making you feel full longer.

Getting your daily dose of vitamin D is important for your attitude. Low vitamin D levels are linked to depression and other mood disorders. You can get this from getting direct exposure to the sun for five to 20 minutes daily.

The only fruit on this list, bananas contain an amino acid called tryptophan. Your body uses tryptophan to produce 5-HTP, the compound that makes serotonin and melatonin, two mood and sleep-regulating neurotransmitters. Bananas also contain magnesium, which further increases sleepiness, making them a great bedtime or midnight snack.

Like spinach, eating chocolate releases serotonin. However, chocolate has an additional benefit. It promotes relaxation through the release of endorphins. Endorphins are “feel good” chemicals also produced after hard, aerobic exercise. Chocolate may improve blood flow to the heart and brain, thus improving concentration, due to the antioxidants it contains. Try this fruity chocolate bark.

Tip: Some researchers say the best way to have a piece of chocolate is to enjoy the experience. Slowly crinkle the wrapper open and eat it slowly, savoring the flavor and subsequent mood boost.