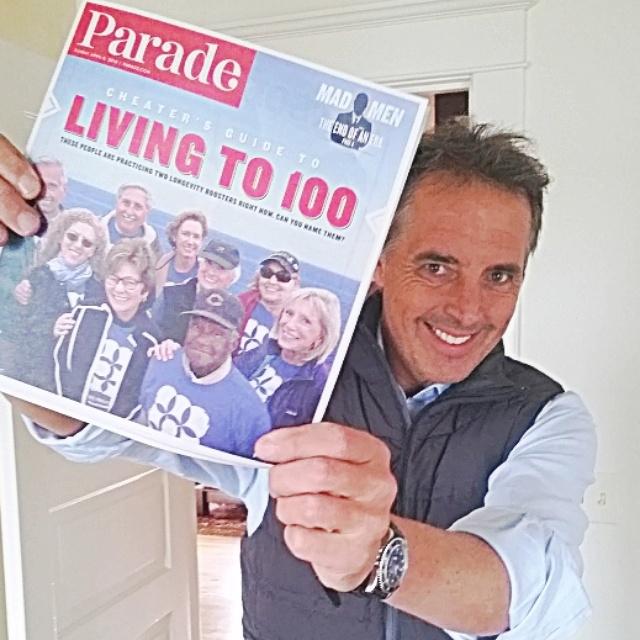 Dan Buettner’s new book, The Blue Zones Solution:  Eating and Living Like the World’s Healthiest People will be released April 7. Look for Dan’s cover story in Parade April 5 as well as appearances on The Today Show and NBC Nightly News on April 7.

This book is a practical follow-up to his New York Times bestseller The Blue Zones:  9 Lessons for Living Longer (2008). It is a hands-on tool for anyone who wants to improve their health and well-being.  The book includes over 70 pages of recipes from the blue zones and shows how simple changes can help you live longer, better.

Dan shares stories from both the blue zones and communities in the U.S. that are implementing multi-year Blue Zones Projects® that follow our Power 9® principles to make the healthy choice the default. An average town in Minnesota has reduced health care claims by 49 percent; in three beach cities in California, obesity dropped 14 percent and tobacco use 30 percent. These communities are improving sidewalks and widening streets to make them more bikeable and walkable. Blue Zones Projects® are now underway in 24 cities and were recently launched in Ft. Worth, Texas, Naples, Florida, and Hawaii.

Look for Dan and the book to be featured here: