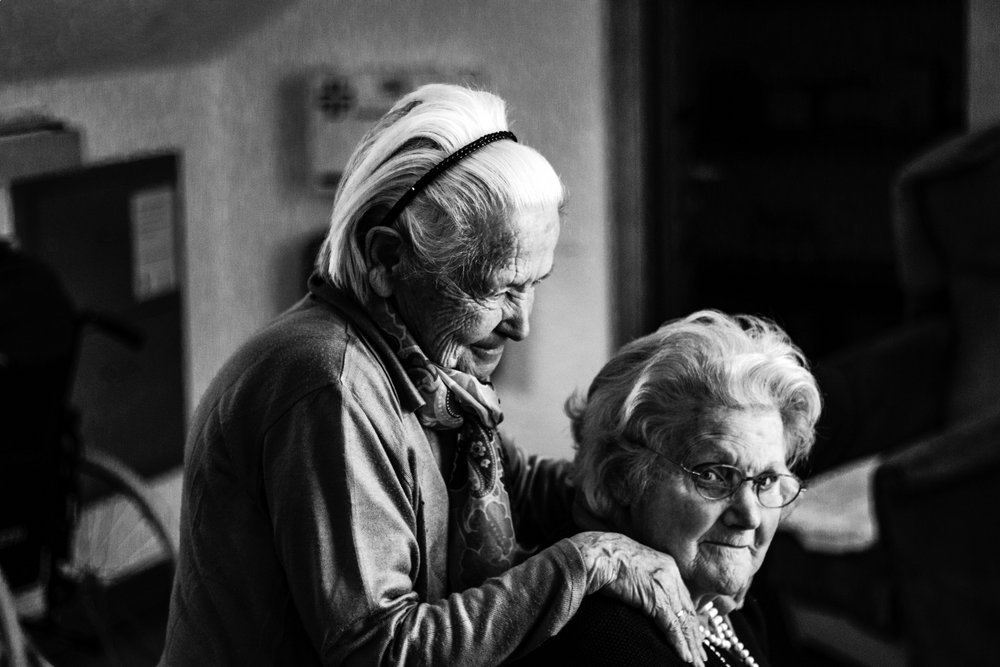 More than five million Americans have Alzheimer’s disease and some experts forecast that those numbers will triple by 2050. Drug companies have spent billions of dollars trying to understand the disease and develop a cure or effective treatments, but they have been largely unsuccessful. Ayesha Sherzai, MD and Dean Sherzai, MD, PhD, are among a small group of medical pioneers who treat Alzheimer’s disease with lifestyle medicine instead of just drugs. Their patients have shown significant improvements with comprehensive lifestyle interventions like diet, nutrition, and stress management.

How did you both become interested in this field of medicine?

AS: We met in Afghanistan and had both been already interested in and working in brain health and neurodegenerative diseases. At the time, I was doing work for Doctors Without Borders and Dean was working for the World Bank to implement the first nationwide health care plan in Afghanistan.

But it wasn’t until we returned to the states in 2006 that we became very interested in how lifestyle could affect the brain. We were both at UCSD at the time doing Alzheimer’s research. At the time, it was a bleak field. Then we heard Dan Buettner (Blue Zones founder) speak at a conference about the low rates of dementia in the blue zones regions and found out that one of the areas was Loma Linda, California. It was an amazing moment for us — we went home and looked it up, and we wanted to know and learn more. That’s why we originally went to Loma Linda Medical Center after San Diego.

Tell us a little about your research and the findings in the book.

DS: When I was first at Loma Linda University Medical Center in 2008, our data showed that less than 5 percent of our older patients had dementia. But when we went to communities right next door to Loma Linda, we saw markedly increased rates of dementia and stroke. This huge disparity confirmed the influence that community and lifestyle have on Alzheimer’s. Our patients in Loma Linda, as you know, have very different lifestyles than the average American: they are Seventh-Day Adventists, eat mostly vegetarian meals, exercise regularly, and have strong family and community ties.

Based on our clinical work and over 300 scientific papers, we outline a proven program to prevent Alzheimer’s disease and reverse cognitive decline in The Alzheimer’s Solution. We use an anagram in our program called NEURO that defines the multi-faceted approach we take: Nutrition, Exercise, Unwind, Restorative Sleep, and Optimize Mental and Social Activity.

What recent scientific advances in treating or understanding Alzheimer’s are you most excited about?

DS: The most important thing to know is that Alzheimer’s disease is avoidable for the majority of people.

Ninety percent of us can avoid getting Alzheimer’s.

And that’s great news, because Alzheimer’s is currently on the rise. Cardiovascular disease and diabetes mortality rates are in decline, but Alzheimer’s mortality cases are growing at an astonishing rate. That’s why we are donating all the money made from this book back into research on the impact of lifestyle medicine on brain health.

What do you think are the biggest public misconceptions of Alzheimer’s disease?

DS: Genetics. That you can’t do anything about it. People think once you get it, that it’s over. And they also think that once someone in their family has it, then they are destined to get it.

AS: What we know from the research is that when one spouse is affected, the other spouse has 600 percent the risk of developing the disease. That shows that it’s not genetics — it’s lifestyle and environment. This includes food, lack of physical activity, stress, and sleeping patterns.

What do you want people to know about brain health?

DS: Another important misconception is that your brain is not as affected by your daily choices as your other organs like your heart and lungs. You can maintain the health of your brain and build its capacity. People say the brain is a muscle, but its potential for growth and performance is much, much more than a bicep or a quad. Here’s an illustration: Your brain has 80 billion neurons and each makes about one to two connections. However, if you optimize the connections, then the neurons can make over thirty thousand connections. That’s incredible! The brain is a supermachine that is in your control — you can build it up to something amazing.

There was a study done of taxi drivers in London before smartphones and GPS. They had to memorize every street and many numbers and buildings to do their jobs well. There were brain scans done of these drivers, who were middle-aged men, before and after they became taxi drivers. Their brains physically grew over time — so much that it was visible to the naked eye. Now that’s amazing.

What are the most important things for people to do to prevent Alzheimer’s?

DS: One thing we want people to know is that the disease shows itself in when people are in their 60s and 70s, but the process starts 25 years before that. Pathological changes start very, very early. There is nothing such as starting too early when it comes to preserving your brain health and avoiding Alzheimer’s disease. So start lifestyle interventions as early as possible.

AS: We use the NEURO approach since there is not one drug, one vitamin, or one food that will do the trick. It’s your entire lifestyle that makes a difference. Nutrition, stress management, sleep, and physical activity are all important, but it’s very hard for people to change everything at once. That’s why we are very personalized in how we help our patients. If someone has sleep apnea, we might first focus on helping them with that with nutrition, weight loss, and exercise. Once they have success in one area, they are then motivated and empowered to improve other areas.

DS: The influence of sleep on brain health is remarkable. Getting a restorative, good sleep makes a big difference, as that is when we can get rid of brain toxins. And you can feel the difference pretty immediately.

What foods do you recommend for preventing Alzheimer’s disease?

AS: The best diet for brain health is full of whole foods like greens, legumes, berries, and whole grains, and is very low in animal fats, saturated fats, and salt.

We have a spectrum in the book because nothing is technically off-limits. But the things you’d want to eat every day and the majority of the time are whole plant foods.

What do your patients seem to have the most problem changing in their lifestyle?

DS: The biggest problem seems to be food. Food is personal. Food is family. You associate the foods you love as comfort and joy and connections to friends. We are asking people to change and celebrate one little success at a time. Less sugar, less meat. That’s good. And people do feel better, which then becomes the motivating factor to change more.

AS: I did a fellowship in New York City at Columbia University in vascular neurology and epidemiology, and I went to cooking school in the evenings. I did that because I saw how hard it was for people to change the way they cooked and ate. I knew I’d have better outcomes if I could give my patients advice and then tell them how to make a delicious bean chili.

[Editor’s note: There are 25 recipes in the book developed by Dr. Ayesha Sherzai.]

What do you personally both do to relieve stress and live a brain healthy lifestyle?

AS: We’re both busy doctors and researchers and the parents of two kids who are ten and twelve years old. So there can be a hazy line between work and home. But we’ve been successful because we work at it. We have a gym in the garage and we sleep as early as possible. Our kids grew up on a plant-based diet and we know what to eat or pack when we travel or are on the road. We keep ourselves happy and sharp with games and friends and family.

For stress relief, the most important thing for us is music. Our daughter is an opera singer, our son plays piano, and I sing. We also make it a family affair to be active in volunteering and giving back to the community.