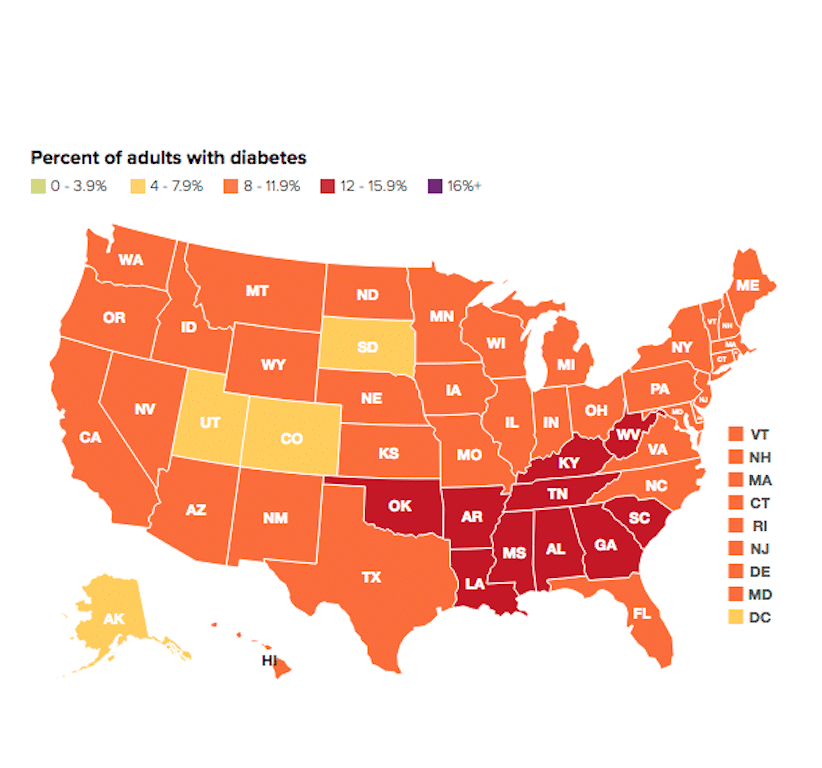 As Americans continue to expand, policymakers, public officials, and employers are trying to figure out ways to reverse the current obesity epidemic. The direct and indirect medical costs of treating obesity-related illnesses like type 2 diabetes and heart disease are in the billions.

In this newly released Gallup-Sharecare Well-Being report, researchers found that diabetes and its related performance-hindering factors like absenteeism cost U.S. employers about $20.4 billion annually. Diabetes rates have slowly continued to increase during the past eight years, and unfortunately, many factors including rising obesity rates suggest that diabetes will continue to plague the U.S.

Diet and lifestyle play an integral role in diabetes prevention as obesity accounts for more than half of new diabetes cases.

Original blue zones areas have much lower rates of diabetes and other afflictions like heart disease, obesity, and cancer. Preventative care begins at the community level. In America, Blue Zones Projects are often spearheaded by health insurance companies or hospital systems in an effort to bring preventative care to the forefront of the community’s goals. Learn more about policy change and community transformations in our Blue Zones Project communities.

Photo via The State of Obesity