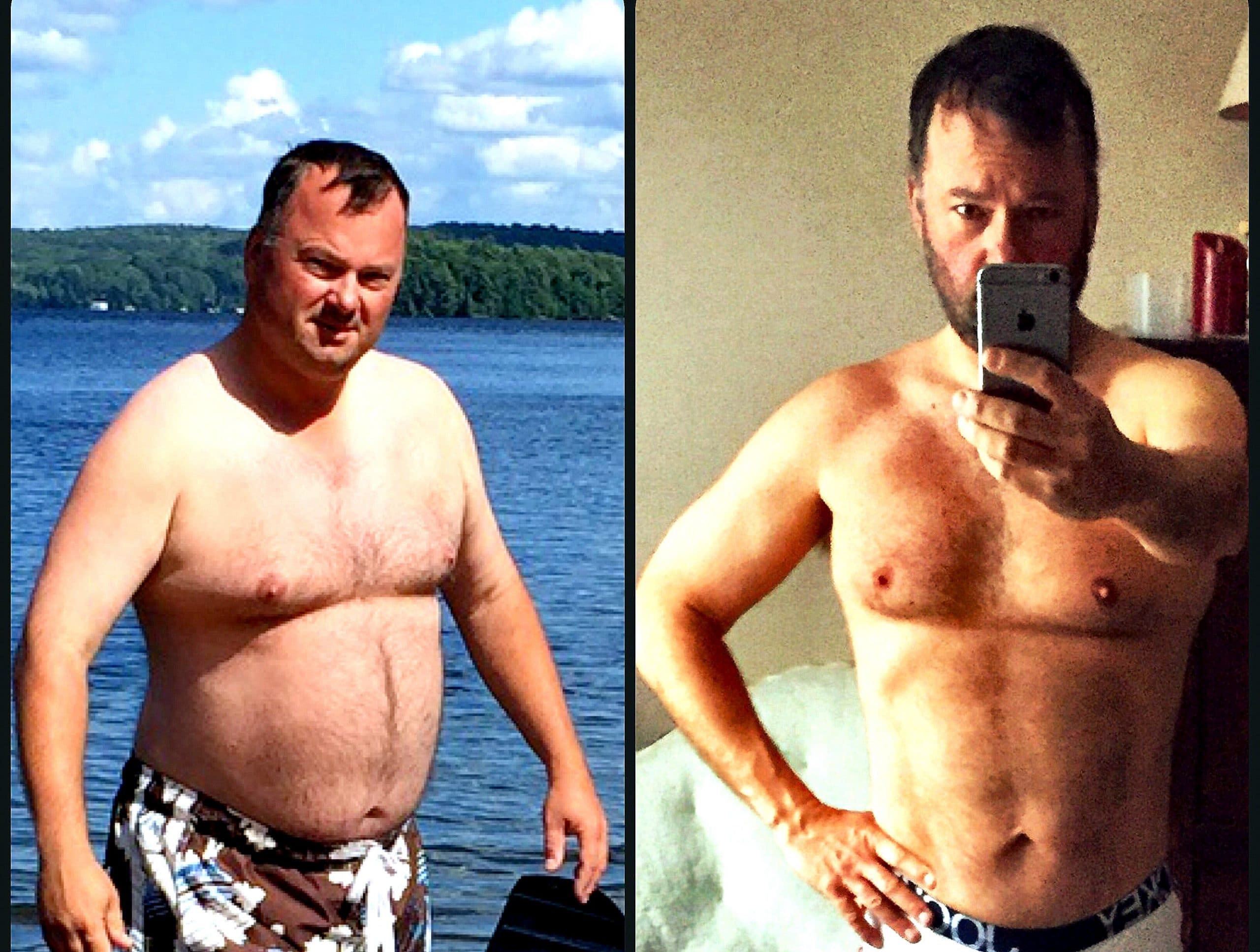 Lifestyle Transformation: Losing 50 Pounds and Pain in One Year

John Falkowski’s lifestyle and weight loss transformation story recently went viral on the imgur sharing platform, and was picked up by the Express. It was his first post on the platform, and it captured the attention of readers all over the world.

“I started my weight loss journey in November 2016 when my Mother passed away. She died from cancer and it really hurt, she was my greatest ally in life. I miss her so very much. When your health fails, all else in life fails as well. When I saw how the cancer ravaged her I decided to do my best to become healthy. I researched diets and decided to follow something very close to the Blue Zone diet. I cut way back on meat and sugar and just started eating healthy, and tons of antioxidant rich foods and I started exercising and meditating. I started research on telomeres and slowing cellular aging. I still have many short and long term goals. Some I hope to hit in a few months when I turn 50!”

When we spoke to John, he was astounded at the attention his post had received and hadn’t yet seen the news stories.

He described the steps leading up to his lifestyle transformation: “During my mother’s last months and weeks, I was able to spend a lot of time with her. I took her to all her appointments and we talked and prepared for her death. I felt lucky to have been able to do it.”

After his mother’s death at the end of 2016, the 49-year old decided he wanted to get healthy. He was battling aches and pains, and he didn’t want his own children to experience what he had with his mother. So John researched cultures whose people lived long, healthy lives and found the blue zones research and books. He was inspired by the story of the man who “forgot to die” and also by the health of the Greek monks of Mount Athos.

As a mail carrier who walks all throughout the day, John already had the “move naturally” part of the Blue Zones Power 9 covered. So he focused on his diet, his relationships, and his stress levels. Before, he ate a very meat-focused diet. Now, he gets 95 percent of his calories from plant-based foods. Every day, he eats a lot of beans (in stews, soups, and salads), whole grains, berries, and green tea. He puts more emphasis on spending time with his family and friends and takes more frequent stress breaks.

Very quickly, John started to notice how energetic and clear-headed he felt. Now, a year later, he has lost 50 pounds and all his aches and pains, and says he feels like he’s “25 again.”