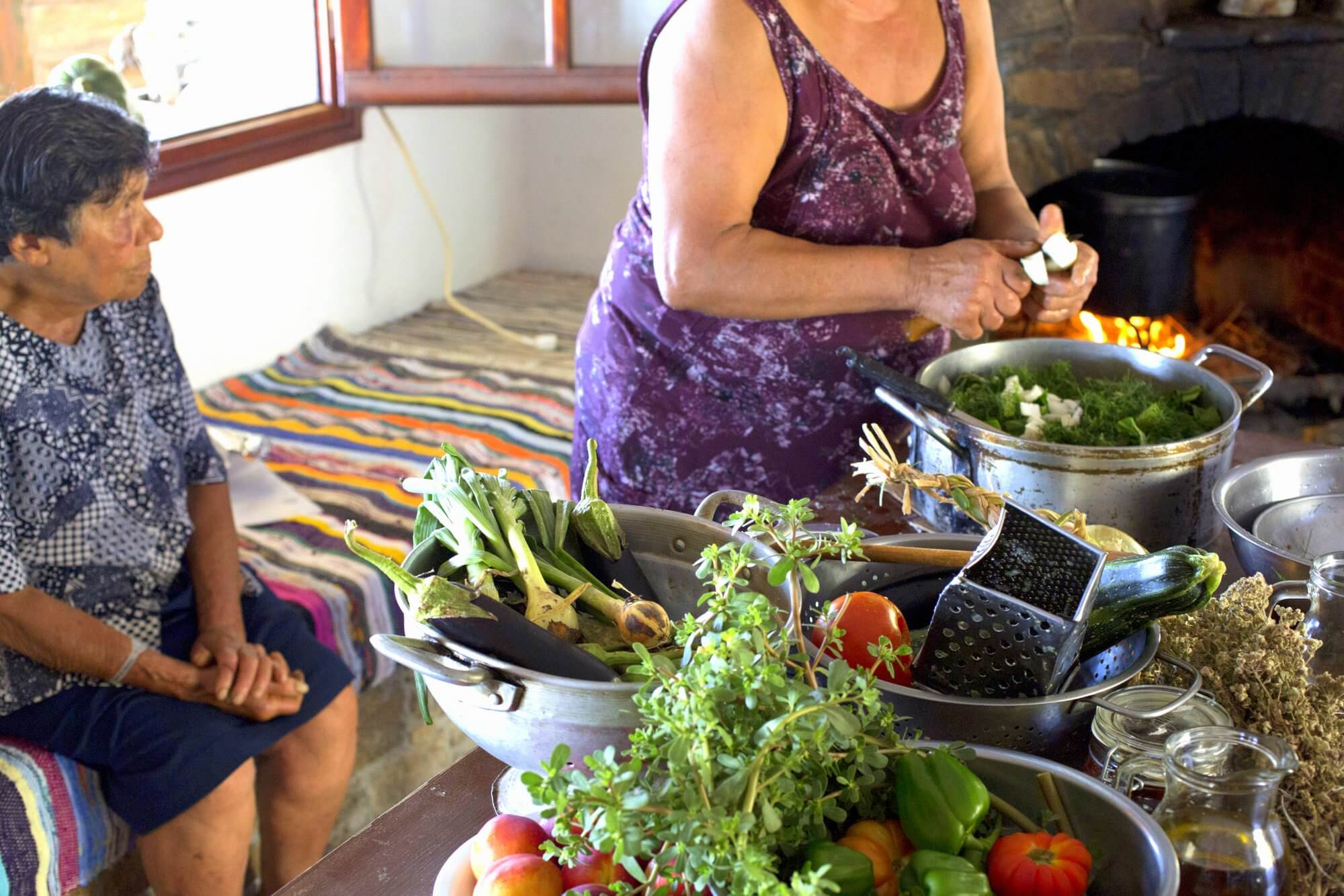 8 Greens You’re Probably Not Eating—But Should Be

We all know the importance of getting our greens, but it’s easy to reach for the same ones over and over and over (ahem, spinach and kale). Instead of relying on just one or two varieties, diversify your repertoire to make sure you’re getting a good micronutrient balance. Here are some of the greens we turn to when we’re looking to shake up our routine.

[Editor’s Note: Centenarians in all of the blue zones regions have access to leafy greens and hearty vegetables, and they make up a large portion of their daily diets. More than 150 varieties of wild greens, such as purslane, dandelion, and arugula, grow all over the island of Ikaria. These rich, dark, wild mountain greens are a great source of minerals like iron, magnesium, potassium, and calcium, as well as carotenoids – the colorful pigments the body converts to vitamin A. Eating a cup of greens daily seemed to be one of the keys to a longer life in Ikaria.]

Spicy and intense, arugula is not a green that blends into the background. This peppery cruciferous veggie is packed with vitamin A and folate, and it can be eaten cooked or raw. Toss on pizzas, puree into pesto, or sauté with garlic, then top with fresh peaches, walnuts, and lemon zest and juice.

Try spreading roasted beet hummus on a toasted baguette or some sourdough with arugula and lemon juice.

Known for their cholesterol-lowering, cancer-fighting properties, collard greens are sturdy, versatile greens rich in vitamins A, C, and K; they also supply a good dose of calcium. Sauté them with onions and garlic, then simmer in vegetable broth until tender. Or remove the stem from a large leaf, lightly steam it, and use it to wrap tacos, burritos, and sandwiches. Try wrapping a bean-based veggie burger in a collard leaf along with some sliced red onion. Or try making a Collardrito!

Dandelion greens (yes, like the weeds in your yard) are peppery and bitter; they’re also a good source of calcium, iron, potassium, and zinc, plus B vitamins and vitamins A, C, and D. Unlike spinach and chard, dandelion greens are somewhat low in the oxalic acid that can interfere with your body’s ability to absorb calcium. They’ve also been used traditionally as an herb to support healthy liver function, and they are a natural diuretic, so they’re great for reducing bloat after a race or travel. (Note: Don’t actually pick the ones from your yard. Grow them from organic seed in your garden, or purchase them at the supermarket.)

Try making the base of your salads one part bitter greens, such as dandelion, and one part milder lettuce, such as romaine or green leaf. Bitter greens typically contain more nutrients than milder ones, but they can also be a bit overpowering on their own when eaten raw. They taste great in this Thai salad.

High in vitamin C, this mild Japanese mustard green is often found in baby green mixes. This feathery, frizzy green also comes in a reddish-purple variety, and both have a mild peppery flavor that’s a cross between kale and arugula. Use it raw in salads, or chop it and stir into any soup, stew, or tofu scramble.

Part of the same family as beets and quinoa, Swiss chard is almost two veggies in one. Rainbow chard contains a unique set of phytonutrients and antioxidants, thanks to its multicolored stems and veins; it’s also loaded with vitamins A, C, and K, plus magnesium. Remove the leaves from the stems and use as you would spinach. Sauté the stems with onions in soups and stews, or stuff them with hummus or nut butter for a colorful snack. (Note: Swiss chard contains high amounts of oxalic acid, which blocks nutrient absorption. However, steaming chard does help reduce its oxalic acid content.) Try swapping chard for cabbage in cabbage salads, or use it in this farmer’s market ragout with polenta.

Try adding mâche to a salad drizzled with a vinaigrette.

The nettles that sting you on the trail are actually a superfood. Each cup contains 7 calories, 2 grams of protein, and 6 grams of dietary fiber and provides 8 percent of your daily iron (two times what spinach boasts) and 42 percent of your calcium. Nettles are low in oxalates, compounds that inhibit the body from absorbing certain nutrients, so you can really access that calcium! Plus, they contain vitamin C, which helps you absorb iron. The sting goes away once you cook them, so wear gloves to handle them, then prepare them as you would spinach or kale. (Find them at co-ops and farmers markets in spring.) Toss with pasta, lemon juice and zest, and cashew cream for a delicious carb-loading meal.

A calcium superhero, these potent greens contain almost 20 percent of your daily value per cup – in fact, their trademark bitter taste is due to the high calcium content. Prepare them as you would collard greens, or swap them for kale in any cooked recipe. Cooking them with onions, garlic, or spices helps tone down the bitterness without sacrificing nutrition. 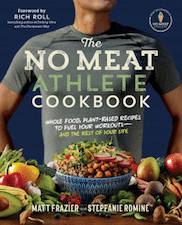 Excerpt from The No Meat Athlete Cookbook: Whole Food, Plant-Based Recipes to Fuel Your Workouts and the Rest of Your Life © 2017 by Matt Frazier and Stepfanie Romine. All rights reserved.