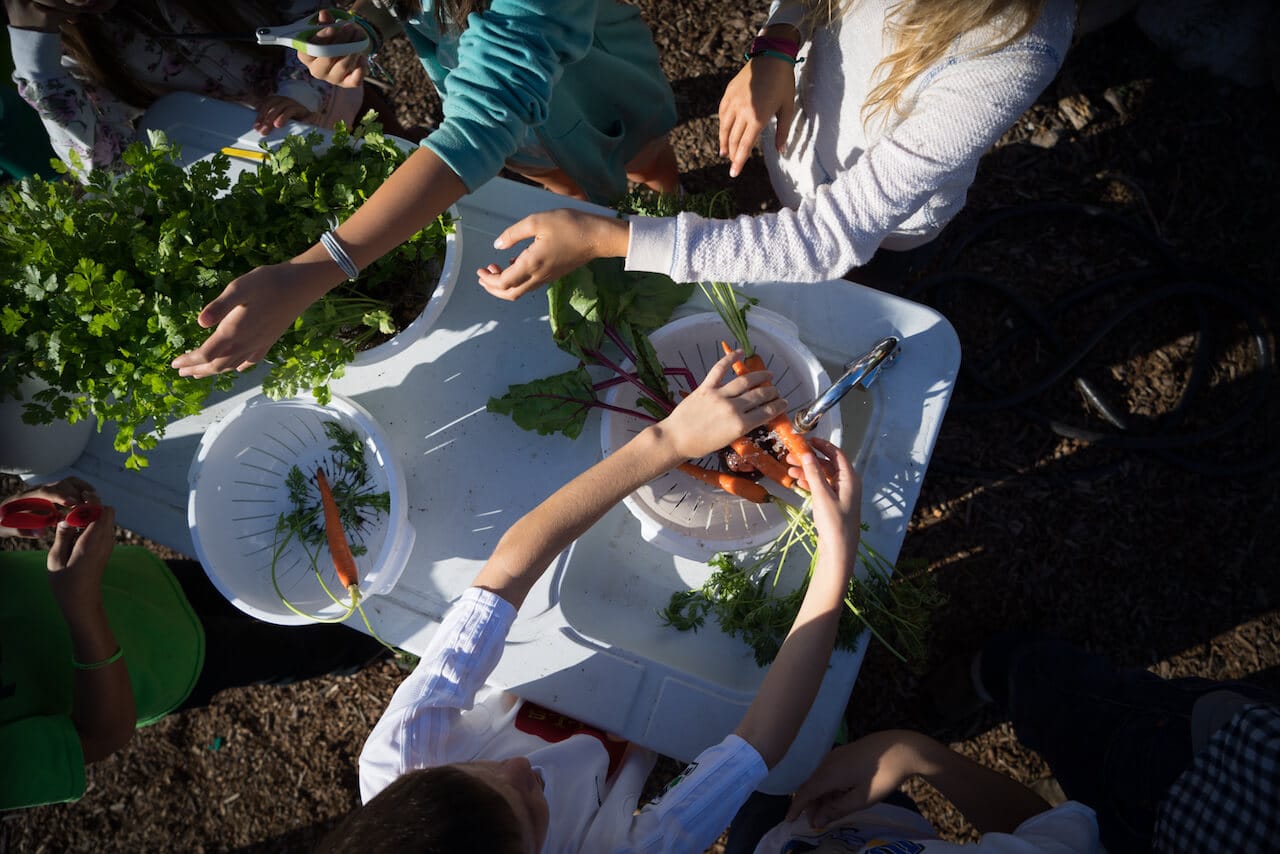 Gardens at School Might Boost Availability of Vegetables at Home

Having a garden at school might influence whether vegetables are available to children at home, a forthcoming study in Preventive Medicine finds.

Home fruit and vegetable availability is a strong determinant of how much people eat them, and fruit and vegetable consumption in turn is associated with a number of improved health outcomes, including reduced risk of developing certain types of cancer and cardiovascular disease. But research finds kids don’t eat nearly enough fruits and vegetables. Between 2007 and 2010, 93 percent of kids didn’t meet the U.S. Department of Agriculture’s Food Patterns vegetable intake recommendations, according to a 2014 report published by the U.S. Centers for Disease Control and Prevention.

Between 2007 and 2010, 93 percent of kids didn’t meet the U.S. Department of Agriculture’s Food Patterns vegetable intake recommendations, according to a 2014 report published by the U.S. Centers for Disease Control and Prevention.

Researchers at Cornell University, Washington State University, Iowa State University, and University of Arkansas hypothesized that exposure to fruits and vegetables through school gardens might have carryover effects beyond the classroom. Their study was a randomized, controlled trial conducted from 2011 to 2013 involving nearly 3,000 children at 46 elementary schools where at least half of students qualified for free or reduced-price meals. The schools were located in Arkansas, Iowa, New York, and Washington state.

The researchers assessed two outcomes at three time points following the start of the trial: “garden intervention fidelity,” which measured the extent to which schools followed through with the kits through a number of variables, including lessons delivered and number of fruit and vegetables planted and harvested; and availability of fruit and vegetables at home, which they determined by asking children to indicate, on a questionnaire, which of a number of fruits and vegetables they could find in their homes. The questionnaire included both high-fat vegetables (HFV) like potato salad and coleslaw as well as vegetables with no fat added (“low-fat” vegetables or LFV).

The authors note a limitation of this survey: “While it may be among the strongest extant survey measures operationalizing home [fruit and vegetable] availability,” they write, it does rely on self-reports, which may contain inaccuracies.

Over the year and a half studied, the researchers found:

The Blue Zones Project® incorporates school gardens in many of the communities as they encourage staff, faculty, and parents to teach kids about eating healthy, to get involved in the community, and move naturally.