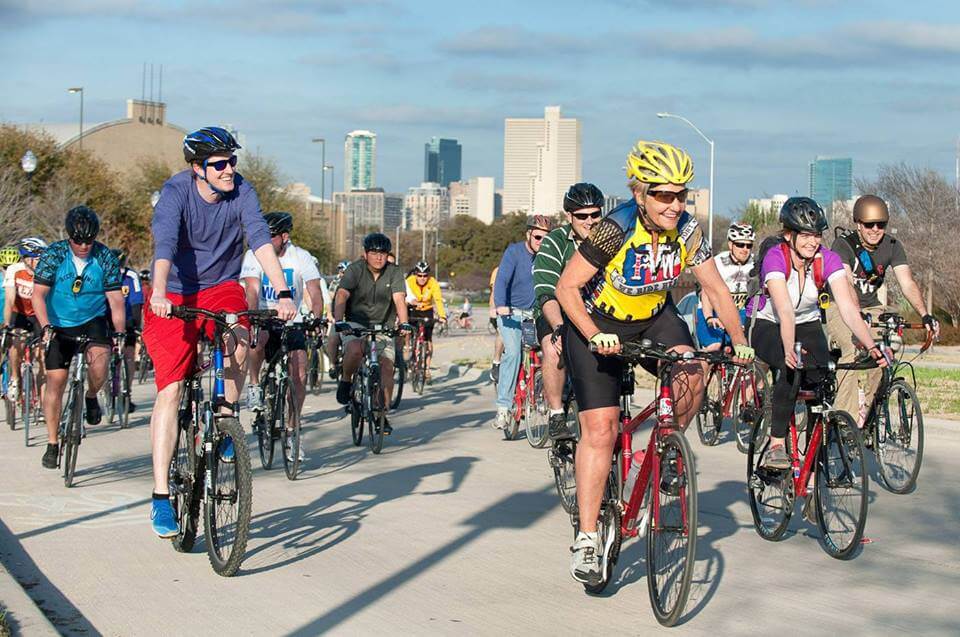 According to the annual Gallup-Sharecare Well-Being Index®, Fort Worth’s overall 2018 Well-Being Index score rose to 62.5, a gain of nearly four points since 2014, when the city began working with Blue Zones Project®.

Since 2014, Fort Worth has shown improvement in purpose, social, financial, community, and physical well-being — the five core elements of well-being measured by the Gallup-Sharecare survey.

Since 2014, Fort Worth has seen incredible well-being improvements:

9-point increase in residents who exercise at least 30 minutes three or more days of the week, now at 62 percent.

3.7-point increase in those who say Fort Worth is the perfect place for them, now more than 65 percent.

5.6-point increase in those who say they are proud of their community, now at over 69 percent.

More than 58 percent of Fort Worth respondents are now categorized as “thriving” in their general evaluations of their lives, an increase of 7.3 points.

The survey revealed that 75 percent of Fort Worth residents use their strengths daily, an increase of 6.2 points since 2014.

For those engaged in Blue Zones Project activities such as Purpose Workshops, Moais (small social groups that gather to walk or share healthy meals), and plant-based cooking demonstrations, the differences were even more pronounced. The survey showed that those Fort Worth residents reported higher levels of exercise and produce consumption, lower cholesterol, and increased feelings of productivity. Among residents active in the initiative, the Well-Being Index score is 68.6 — more than six points above the citywide average.

Blue Zones Project started working in Fort Worth in late 2014. During that time, Blue Zones Project in Fort Worth has worked with city leaders, neighborhoods, employers, schools, restaurants, grocery stores, and faith-based organizations to optimize the environment for well-being — making it easier for people to move naturally, eat better, develop healthy social circles, and live with purpose, among other areas of focus.

The success and strength of Blue Zones Project in Fort Worth is a result of strong leadership by Mayor Betsy Price, visionary providers and sponsors like Texas Health Resources and the Fort Worth Chamber of Commerce, a strategic and committed local team led by Matt Dufrene, and engaged businesses and community members.

“Fort Worth’s latest jump in well-being, as the U.S. continues to decline, securely establishes it as a best practice example of what a community can accomplish when it sustains a focused commitment to well-being. The work of Blue Zones Project in Fort Worth is playing an important role in the improving well-being culture and associated outcomes of the community.” —Dan Witters, principal at Gallup

“Fort Worth and Mayor Betsy Price have taken the lead in Texas by understanding that improved well-being leads to a healthy and productive workforce and boosts economic development and job creation.”—Ben Leedle, Blue Zones CEO and co-founder of Blue Zones Project

“Healthy cities are vibrant places where people want to live, work, and play, and that describes Fort Worth now more than ever. Through our health and wellness efforts, including the important work that has taken place with Blue Zones Project, we’re making healthy choices easier — and that’s driving real, positive change.”—Betsy Price, Mayor of Fort Worth

“We’ve been working hard to move the needle when it comes to well-being, and the Well-Being Index results show we’re on the right track. Fort Worth has made great improvements in the past few years, and we believe we’ll see that trend continue. The investments that have been made thus far will positively impact the community and its residents for years to come.”—Michael Acker, SVP and general manager of Blue Zones Project

“Texas Health is committed to Blue Zones Project and other community-based initiatives that improve the health and well-being of residents by encouraging healthy habits. We think these kinds of programs are how we begin going upstream and addressing social determinants of health. If we can address obstacles to well-being before someone becomes ill or develops a chronic condition, we can make Fort Worth the envy of cities across the country.”—Barclay Berdan, CEO of Texas Health Resources, lead sponsor of Blue Zones Project, Fort Worth 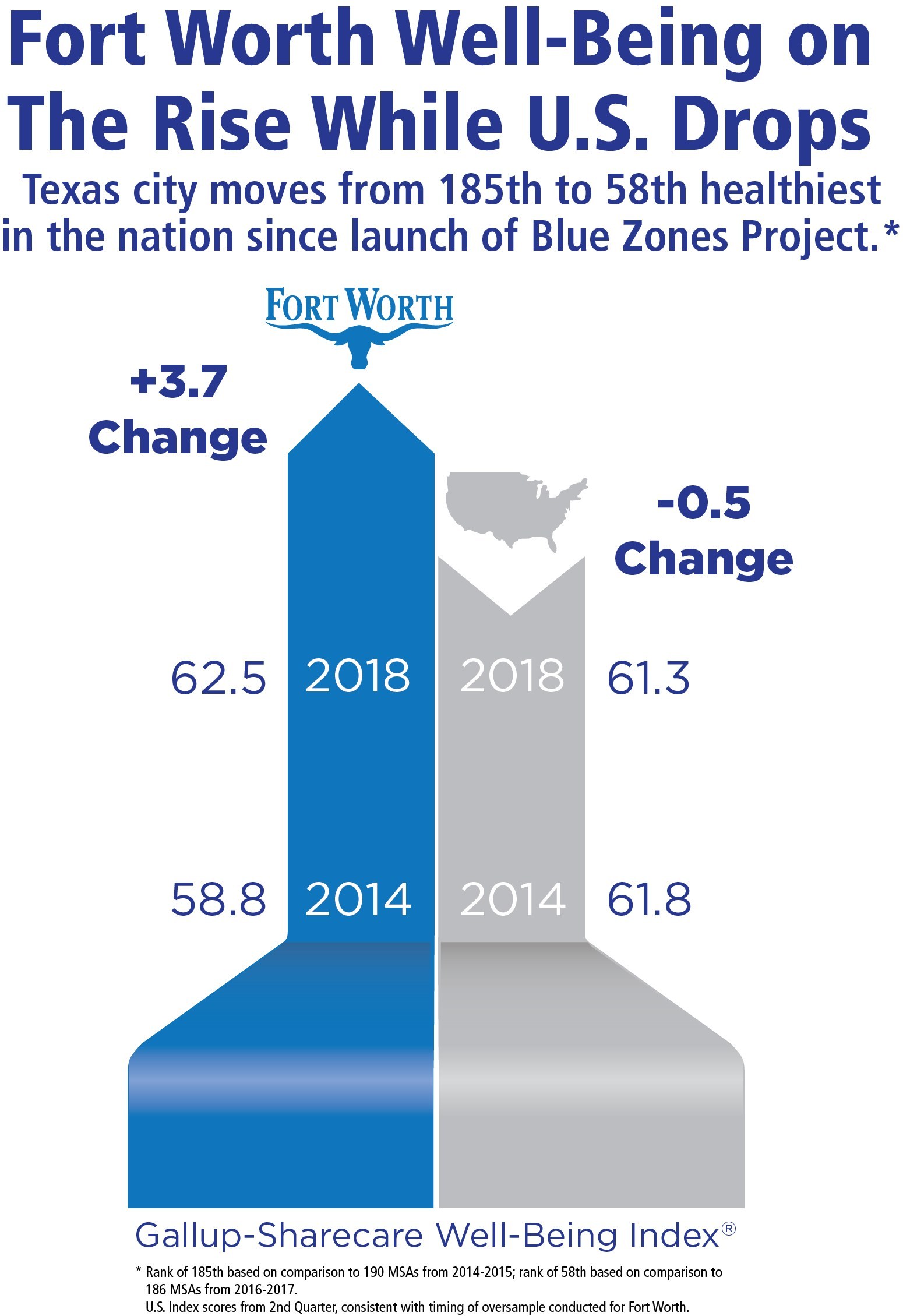