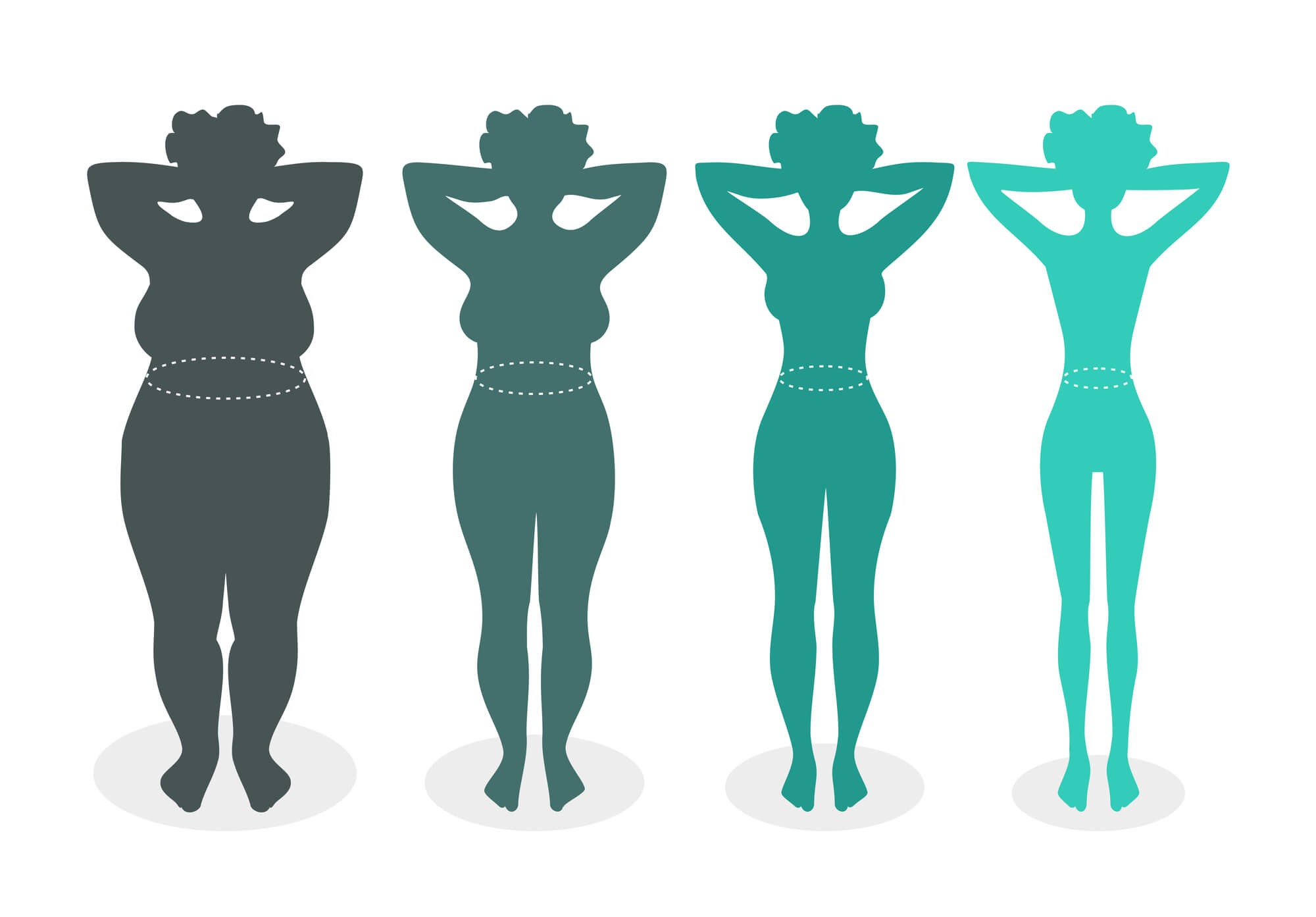 Our Fight with Fat: Why is Obesity Getting Worse?

By Kenneth Cusi, M.D., Professor of Endocrinology, University of Florida

Gyms across the country will be packed in the new year with people sticking, however briefly, to their New Year’s resolution to lose weight. Most of them do not know that the cards are stacked against them and that weight loss is much more complicated than working out and not eating dessert.

Years into the obesity epidemic, millions of Americans have tried to lose weight, and millions of them have failed to do so long term.

It’s so serious now that close to 40 percent of Americans are obese. The average woman in the United States today weighs about 168 pounds, or roughly the same as an average man in 1960.

Not that guys’ waists haven’t ballooned, too. Men have gained on average nearly 30 pounds since John F. Kennedy’s inauguration in 1961.

Now, despite people’s concerted efforts, obesity is at its highest level ever, with about 40 percent of U.S. adults and 18.5 percent of children, considered obese. This is itself an increase of about 30 percent, just since 2000 when roughly 30 percent of American adults were obese.

The U.S., and increasingly the world, is in the grip of a real epidemic – the seriousness of which is lost in our obsession with diets. One study estimated an additional 65 million obese Americans by 2030, and increased medical costs between US$48 billion to $66 billion a year.

Costs across the board

Obesity, defined as a body mass index of at least 30, is about far more than vanity. It impairs quality of life and exacerbates health risks involving many medical conditions in children and adults. Obese people incur more medical costs, live shorter lives and miss more work than their thinner counterparts.

Obesity also leads to metabolic conditions such as hypertension, Type 2 diabetes and nonalcoholic fatty liver disease, which has long been overlooked as a life-threatening consequence of poor eating habits. This disease was rare until 1980.

One study estimated the annual medical care costs of obesity in the United States in 2008 dollars at $209.7 billion.

The medical costs associated with obesity are enormous – and growing. One study estimated the annual medical care costs of obesity in the United States in 2008 dollars at $209.7 billion. To put that in perspective, consider that that’s almost half the amount of the estimated federal deficit for fiscal year 2018. About 1 in 5 health care dollars are spent to treat obesity-related illness.

A sickness of American society?

Obesity’s roots are in American culture, from the stress of the workplace to the onslaught of food advertising, to our tradition of holiday overindulgence. The taste buds of our youth are raised on junk food and sugary treats, habits that follow children into adulthood.

American society is structured around productivity and long work hours. This leads to unbalanced lives, unhealthy lifestyles and unhappy people. Stress and lack of sleep can contribute to obesity.

For many families struggling between paychecks, the foods that make the most financial sense are the processed, packaged, fatty choices serving up the most calories.

Meal portions at restaurants have sharply increased in recent decades as well. The percentage of our food budget spent on out-of-home dining climbed to 46 percent in 2006, up 20 percent since 1970. The temptation of unhealthy food greets us on every street corner, in our breakrooms and at our favorite supermarkets. We Americans are eating too much yet we can’t seem to reverse it. Why?

Some blame the epidemic on the advent of the microwave and the growth of fast food options since the 1970s. Also, our food choices have changed, with food industries mass market fattening foods to children.

Americans are more sedentary than we were decades ago. Our lives are tied to computer screens, big and small, in both our jobs and our homes. Our children are now raised on hand-held devices that serve as surrogate playmates in a world where “playing ball” is more likely to be done via internet connection than the actual playing field.

Many of us invoke “willpower” in our fight against fat, blaming and shaming ourselves and others for not losing weight. While many people have lost weight in the short term, they struggle to break the cycle of food addiction and unhealthy food choices. Yet scientists have learned that this is not about a shortage of willpower but about an abundance of physiological factors that make the body hold onto fat.

…scientists have learned that this is not about a shortage of willpower but about an abundance of physiological factors that make the body hold onto fat.

Patients standing alone with just their willpower and the latest diet to guide them invariably face great difficulty against a complex disease like obesity. Going it alone may be a barrier to appropriate treatment options, such as behavioral modification counseling, anti-obesity drugs and bariatric surgery.

Weight regain is common, as structured diets are hard to follow over the long haul. The body resists long-term calorie restriction by sending signals to our brains that trigger a craving for food, making diets prone to failure.

Because of the frustration of failure, many people are simply giving up on slimming down, making obesity an accepted social norm. One study has shown a declining percentage of men and women trying to lose weight since 1988, perhaps due to a lack of motivation after failed efforts.

Even so, we’re making some progress battling this epidemic. Studies show obesity appears to be plateauing in Caucasians, though not in ethnic minorities. But the numbers are already so high, “plateauing” seems more euphemistic than hopeful.

Scientific research has shown that the fixes are not about dieting, however. The solutions are complex and will take time and resources. Patients need more support than they are receiving.

Clearly, our country needs a greater systematic effort in the realms of public health, the government and industry. For starters, our political leaders should make combating obesity a top priority. Our nation faces many challenges, and the obesity epidemic has fallen to the bottom of a long list of health care problems.

Schools could play a role. Students should receive additional education in schools on good eating habits and how to control stress.

As someone who sees this devastating illness every day, I believe that health care insurers need to be more willing to pay upfront to manage obesity before it becomes a much more expensive disease to treat. Given the structure of health insurance now, physicians simply cannot spend the time needed with patients to properly communicate and educate.

Studies have shown that many insurers exclude treatments for obesity.

Each of us needs to become an advocate for a healthier way of life. Adults can start by teaching our youngsters about good dietary habits, by insisting on a better balance in the workplace, and by demanding more accountability from the food and health industries, and our government. Doing that will help ensure a brighter and healthier future for our children.

Dr. Cusi currently serves as Chief of the Adult Division of Endocrinology, Diabetes & Metabolism in the Department of Medicine at the University of Florida. He is currently the principal investigator of various ongoing clinical translational research projects in obesity, Type 2 diabetes, and nonalcoholic fatty liver disease. Prior to joining the University of Florida, Dr. Cusi was a faculty member of over 15 years in the Diabetes Division at the University of Texas Health Science Center at San Antonio (UTHSCSA) and the Veterans Health Administration System in Texas; one of the leading diabetes programs in the country.

This article was originally published on The Conversation.