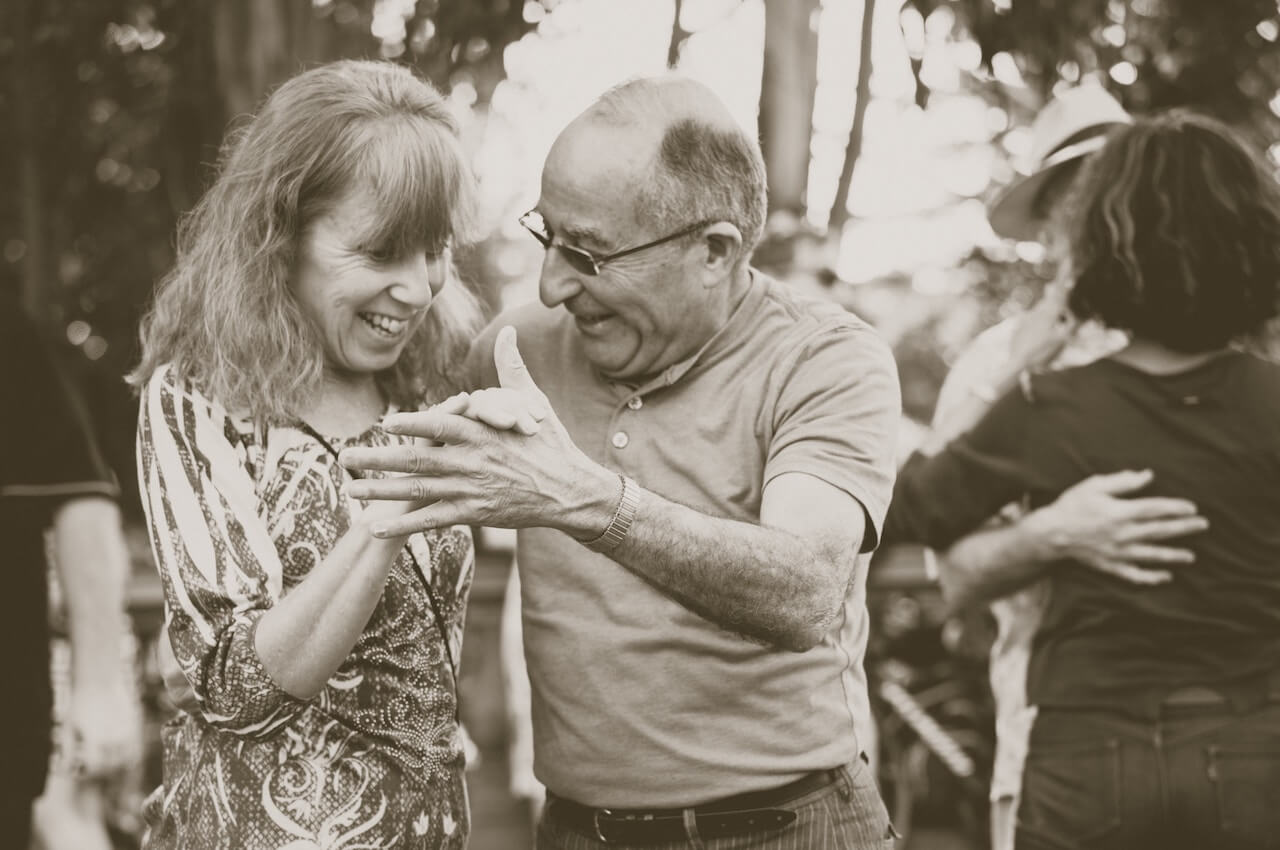 How Strong Friendships Can Defy Dementia

By Marcus Harrison Green, Reporter for the Seattle Times, YES! Reporting Fellow, and founder of the South Seattle Emerald

The Momentia movement uses strong social ties to ward off the effects of Alzheimer’s.

Alice Padilla’s laugh cut through the air at Seattle’s Woodland Park Zoo. Fresh off an hour-long exhibit tour, she and 16 other friends sat in the zoo cafeteria, snacking on sugar cookies and mocking current bestsellers. The group could appear to be just another cluster of friends visiting the zoo. But they were there for another purpose, too: to provide joy as much as support. Part of a program called Momentia, more than half of the people in the group have dementia.

The day was, in effect, an act of defiance for the 63-year-old Padilla, who was diagnosed with dementia two years ago. By living wholly in the present, Padilla is fighting a disease that threatens to rob her of her memory.

The zoo trip was just one of a series of Seattle-area group activities, from strum and drum bands and rap performances to cafe talks and public policy advocacy, organized for Momentia members. Marigrace Becker, the program manager for the University of Washington Medicine Memory and Brain Wellness Center, co-founded Momentia three years ago to challenge the misconceptions typically associated with dementia.

According to the Alzheimer’s Association, by 2050, the number of people age 65 and older with Alzheimer’s disease in the US may nearly triple, from 5.1 million today to a projected 13.8 million. The estimate makes Momentia an imperative for Becker. She spent years volunteering with dementia support groups and, after brainstorming words that rhymed with the condition, came up with “Momentia” to capture the idea of celebrating life in the moment. Becker wanted more than a social service; she wanted empowerment.

“I was envisioning it more like the Occupy movement, [which] galvanizes people and energizes them to have a voice, to build dementia-friendly communities in their own ways,” she said.

That was the goal of another event on a balmy Sunday in September, when more than 100 people with dementia and their families gathered in West Seattle for Camp Momentia. Becker said the annual event recognizes the “staying power” of those touched by the disease.

Padilla was among them. She joined in drumming and square dancing and then capped off the day with a group rendition of “When the Saints Go Marching In.” Her petite frame marched around the large circle of singing campers as they laughed at her impersonation of a Mardi Gras drum major.

“I am not sad or angry,” she said later. “I don’t have any of that because those things are easy to be if you have Alzheimer’s. When you have these kind of people who watch out for each other, you can enjoy your life.”

This article was first published in the How to Create a Culture of Good Health issue of YES! Magazine.