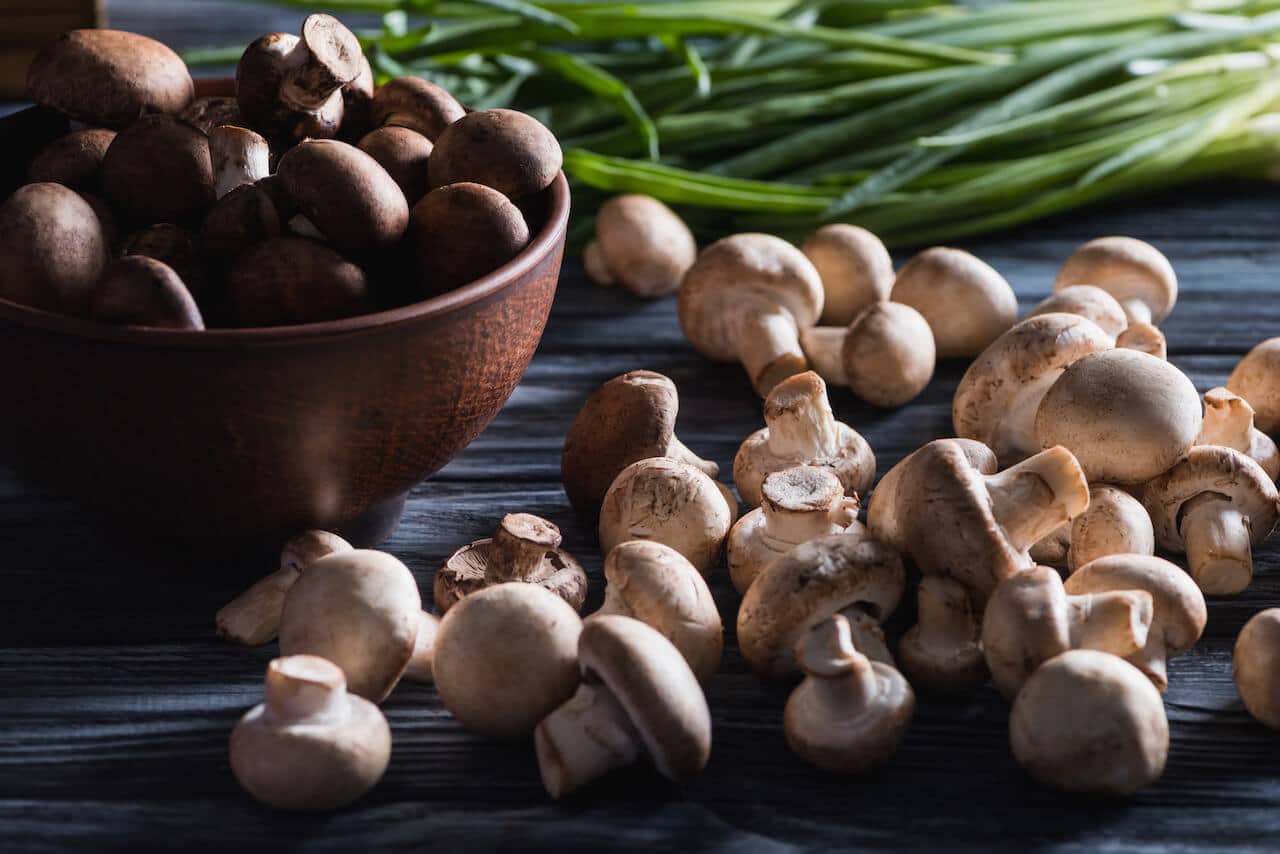 Mushrooms are often considered only for their culinary use because they are packed with flavor-enhancers and have gourmet appeal. That is probably why they are the second most popular pizza topping, next to pepperoni.

In the past, food scientists like me often praised mushrooms as healthy because of what they don’t contribute to the diet; they contain no cholesterol and gluten and are low in fat, sugars, sodium and calories. But that was selling mushrooms short. They are very healthy foods and could have medicinal properties, because they are good sources of protein, B-vitamins, fiber, immune-enhancing sugars found in the cell walls called beta-glucans, and other bioactive compounds.

Mushrooms have been used as food and sometimes as medicine for centuries. In the past, most of the medicinal use of mushrooms was in Asian cultures, while most Americans have been skeptical of this concept. However, due to changing consumer attitudes rejecting the pharmaceutical approach as the only answer to healing, that seems to be changing.

I study the nutritional value of fungi and mushrooms, and my laboratory has conducted a great deal of research on the lowly mushroom. We have discovered that mushrooms may be even better for health than previously known. They can be excellent sources of four key dietary micronutrients that are all known to be important to healthy aging. We are even looking into whether some of these could be important in preventing Parkinson’s disease and Alzheimer’s disease.

Important nutrients in mushrooms include selenium, vitamin D, glutathione and ergothioneine. All are known to function as antioxidants that can mitigate oxidative stress and all are known to decline during aging. Oxidative stress is considered the main culprit in causing the diseases of aging such as cancer, heart disease and dementia.

Ergothioneine, or ergo, is actually an antioxidant amino acid that was initially discovered in 1909 in ergot fungi. Amino acids are the building blocks of proteins.

Ergo is produced in nature primarily by fungi, including mushrooms. Humans cannot make it, so it must be obtained from dietary sources. There was little scientific interest in ergo until 2005, when pharmacology professor Dirk Grundemann discovered that all mammals make a genetically coded transporter that rapidly pulls ergo into the red blood cells. They then distribute ergo around the body, where it accumulates in tissues that are under the most oxidative stress. That discovery led to a significant increase in scientific inquiry about possible role of ergo in human health. One study led to a leading American scientist, Dr. Solomon Snyder, recommending that ergo be considered as a new vitamin.

In 2006, a graduate student of mine, Joy Dubost, and I discovered that edible cultivated mushrooms were extremely rich sources of ergo and contained at least 10 times the level in any other food source. Through collaboration with John Ritchie and post-doctoral scientist Michael Kalaras at the Hershey Medical Center at Penn State, we showed that mushrooms are also a leading dietary source of the master antioxidant in all living organisms, glutathione. No other food even comes close to mushrooms as a source of both of these antioxidants.

I eat mushrooms, ergo I am healthy?

Our current research is centered on evaluating the potential of ergo in mushrooms to prevent or treat neurodegenerative diseases of aging, such as Parkinson’s and Alzheimer’s. We based this focus on several intriguing studies conducted with aging Asian populations. One study conducted in Singapore showed that as people aged the ergo content in their blood declined significantly, which correlated with increasing cognitive impairment.

The authors suggested that a dietary deficiency of ergo might predispose individuals to neurological diseases. A recent epidemiological study conducted with over 13,000 elderly people in Japan showed that those who ate more mushrooms had less incidence of dementia. The role of ergo consumed with the mushrooms was not evaluated but the Japanese are known to be avid consumers of mushrooms that contain high amounts of ergo.

One important question that has always begged an answer is how much ergo is consumed in the diet by humans. A 2016 study was conducted that attempted to estimate the average ergo consumption in five different countries. I used their data to calculate the estimated amount of ergo consumed per day by an average 150-pound person and found that it ranged from 1.1 in the U.S. to 4.6 milligrams per day in Italy.

We were then able to compare estimated ergo consumption against mortality rate data from each country caused by the common neurological diseases, including Alzheimer’s, dementia, Parkinson’s disease and multiple sclerosis. We found, in each case, a decline in the death rates with increasing estimated ergo consumption. Of course, one cannot assume a cause and effect relationship from such an exercise, but it does support our hypothesis that it may be possible to decrease the incidence of neurological diseases by increasing mushroom consumption.

If you don’t eat mushrooms, how do you get your ergo? Apparently, ergo gets into the food chain other than by mushroom consumption via fungi in the soil. The fungi pass ergo on to plants grown in the soil and then on to animals that consume the plants. So that depends on healthy fungal populations in agricultural soils.

This led us to consider whether ergo levels in the American diet may be harmed by modern agricultural practices that might reduce fungal populations in soils. We began a collaboration with scientists at the Rodale Institute, who are leaders in the study of regenerative organic agricultural methods, to examine this. Preliminary experiments with oats have shown that farming practices that do not require tilling resulted in significantly higher ergo levels in the oats than with conventional practices, where tillage of the soil disrupts fungal populations.

In 1928 Alexander Fleming accidentally discovered penicillin produced from a fungal contaminant in a petri dish. This discovery was pivotal to the start of a revolution in medicine that saved countless lives from bacterial infections. Perhaps fungi will be key to a more subtle, but no less important, revolution through ergo produced by mushrooms. Perhaps then we can fulfill the admonition of Hippocrates to “let food be thy medicine.”

“Let food be thy medicine.”

This article is previously published on The Conversation.