By Todd Shallat, PhD, professor emeritus of history and urban studies and former director of the Center for Idaho History and Politics at Boise State University. He is the sole author of five books and the lead co-author of another eight about cities, technology, and the environment.

The word “small” appears 85 times in the current edition of Blueprint Boise: Boise’s Comprehensive Plan. The word “sprawl” appears only once, but its danger is omnipresent. Words like “blighted” and “disinvested” darken the Blueprint with dread for suburbs, sprawling and placeless. Words like “stewardship” and “transit-friendly” speak to a need to reclaim the older, greener, simpler, more chaste and walkable places. Blueprint, preaching small, speaks with nostalgia for the civic connections that sprawl squandered and suburbia lost.

Once, when sprawl was young, the word meant easy living. Sprawl in the era of the Boise streetcar meant a bungalow among the orchards in a bucolic subdivision like Warm Springs and Hyde Park. Sprawl for postwar dreamers of suburban dreams meant a split-level patio home with a Chevy sedan and a station wagon in a stucco two-car garage on the Bench near Vista Village. But gradually sprawl came to imply conformity and isolation. Nowhere to walk and nowhere to mingle. Bad air and asthma. Longer commutes and higher property taxes. Gated subdivisions and the demise of the family farm.

But gradually sprawl came to imply conformity and isolation. Nowhere to walk and nowhere to mingle. Bad air and asthma. Longer commutes and higher property taxes. Gated subdivisions and the demise of the family farm.

Sprawl, to historian Lewis Mumford, writing in 1961, meant “a multitude of uniform, unidentifiable houses, lined up inflexibly, at uniform distances, on uniform roads, in a treeless communal waste, inhabited by people of the same class, the same income, the same age group, witnessing the same television performances, eating the same tasteless prefabricated foods from the same freezers, conforming in every outward and inward respect to a common mold.”

Sprawl, to architect Peter Blake, writing 1964, meant a monotonous “junkyard” of garish motels, billboards and car lots. Sprawl, to the urbanist James Howard Kunstler, meant “the greatest misallocation of resources in the history of the world.”

Sprawl, whatever it was, caught Idahoans off guard. A 2001 report from USA Today ranked the most sprawling of America’s cities by low-density acreage per person. Boise, among cities under 1 million, ranked No. 3. In 2004, in a Smart Growth “sprawl index” ranking of Pacific Northwest, the Boise-Nampa-Meridian Metropolitan Statistical Area (MSA) ranked No. 1. Less than one in 10 Boiseans lived in neighborhoods dense enough for regular bus service. Only one neighborhood in Meridian and none in Eagle had more than 12 people per acre. In Ada and Canyon Counties, where the average per acre was five, the millennial housing boom had aggressively paved the valley’s most arable farmland. Statewide, annually, the boom had consumed an expanse of land more than twice the size of Manhattan, enough farmland to grow 885 million pounds of potatoes or 522 million bushels of corn.

Stewards of the Boise Valley laid the blame at the wheels of their cars. By 2007, in McMansions and Hubble Homes near malls aproned in asphalt, the average Boise household took 11 car trips each day. The Seattle-based Sightlines Institute published a study that linked Idaho car commuting to obesity and diabetes. Air quality also suffered. Yellow ozone alerts in the toxic summer of 2008 sent Boiseans coughing and wheezing to hospital emergency rooms. Dust and soot called “particulate matter” was severe enough for the feds to threaten the county with “nonattainment,” a feared EPA designation that jeopardized highway funding and discouraged industrial growth. The City of Boise responded by calling for the power to levy a local-option sales tax for public transportation. The City of Nampa debated the merits of cutting employees back to four-day workweeks. Caldwell asked winter drivers to scrape icy windshield rather than wait for idling cars to melt off the ice.

As Greater Boise sprawled, consuming green acres of cropland, mayors and councils prescribed high-density plans to rezone low-density sprawl. “The New Urbanism,” as the prescription came to be called, pined for the trolley village with Norman Rockwell storefronts. The new urbanists wanted band shells and bike racks. Gridded streets with alleys. Town plazas with public art. Elaine Clegg of Boise City Council said the movement was mostly about safe streets for walking and biking.  It was also about housing affordability, social connectivity and pay-as-you-go municipal planning that forced Boiseans to fully account for the cost of their cars.

Not every councilmember jumped on board. Some thought infill townhouse designs were elitist and trendy. Some of the New Urbanist ideas remained controversial and some, perhaps, ill-suited to a mid-sized city in its adolescence, still enamored by strip malls and lawns. “Incompatible” was the word critics used to push back against 96 units of upscale condos rising near the Boise Depot on Crescent Rim Drive. Protest eventually forced the builder to reduce the number of units. Meanwhile on Boise’s Hays Street, where a church razed a city block of single-family houses, neighbors defended tradition, blocking apartments and a parking garage. But inevitably, and despite the protest, the path toward a denser city lead City Council to adopt mixed-used retail-residential “commercial pedestrian zones.” Bown Crossing in East Boise, conceived in 1990s, was the first big townhouse project to make use of the pedestrian zone. Harris Ranch, another convert, boasted shop-front, mixed-use buildings on gridded narrow streets with bike trails, plazas and greens. Both projects won statewide awards for conservation innovations that reduced the dependence cars.

12-Step Program for Coping with Sprawl

Row after uniform row of suburban sameness robs cities of their sense of place. Cues from the natural landscape—from streams, gulches, wetlands, and cliffs—preserve community identity. 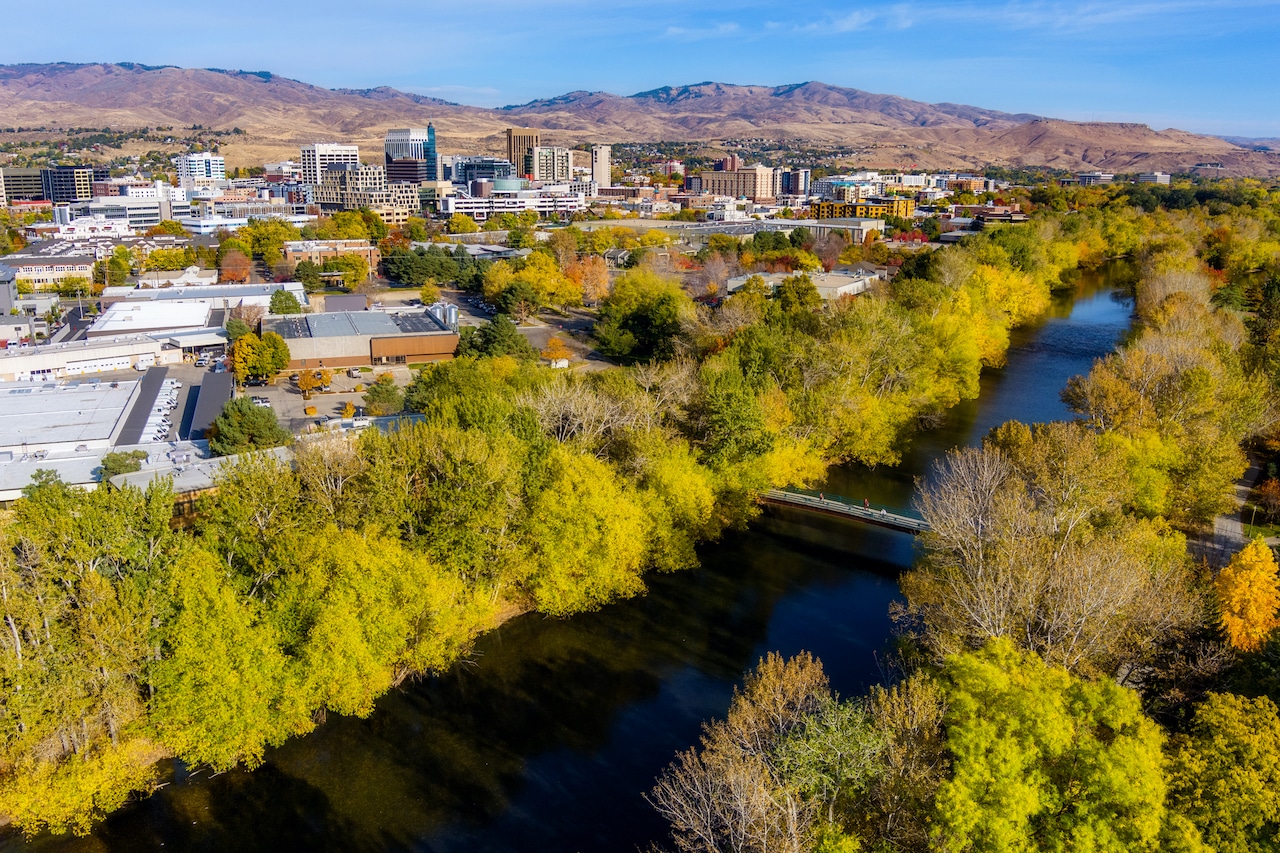 Homogeny has been called the soulless essence of suburban living. Mixing housing sizes and types, with a range of floor plans and prices, breaks the banal sameness, luring different ages and incomes. 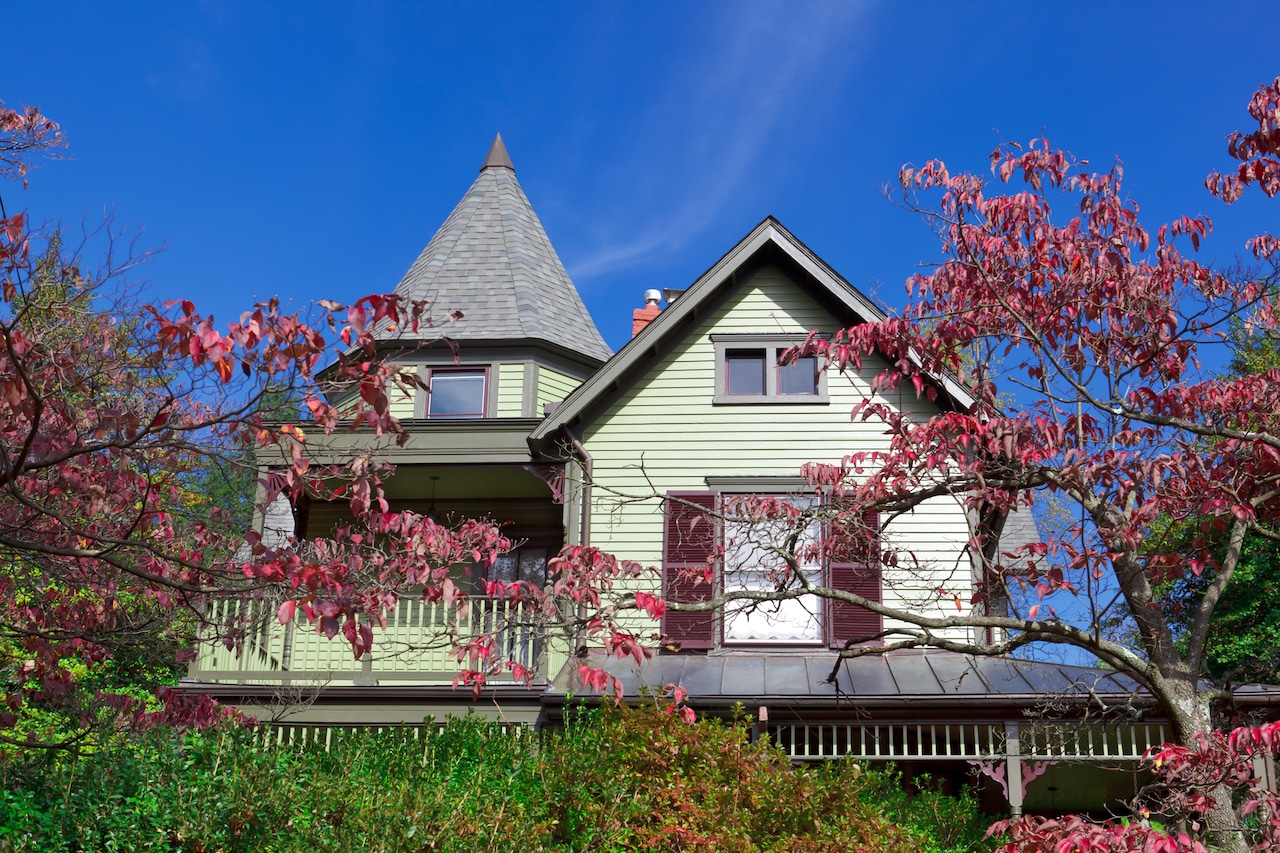 Finding new uses for old structures helps preserve and revitalize historic places bypassed by suburban growth. Pictured: The 1939 Ada County Courthouse, once slated for demolition, is the future home of the University of Idaho Law Center. 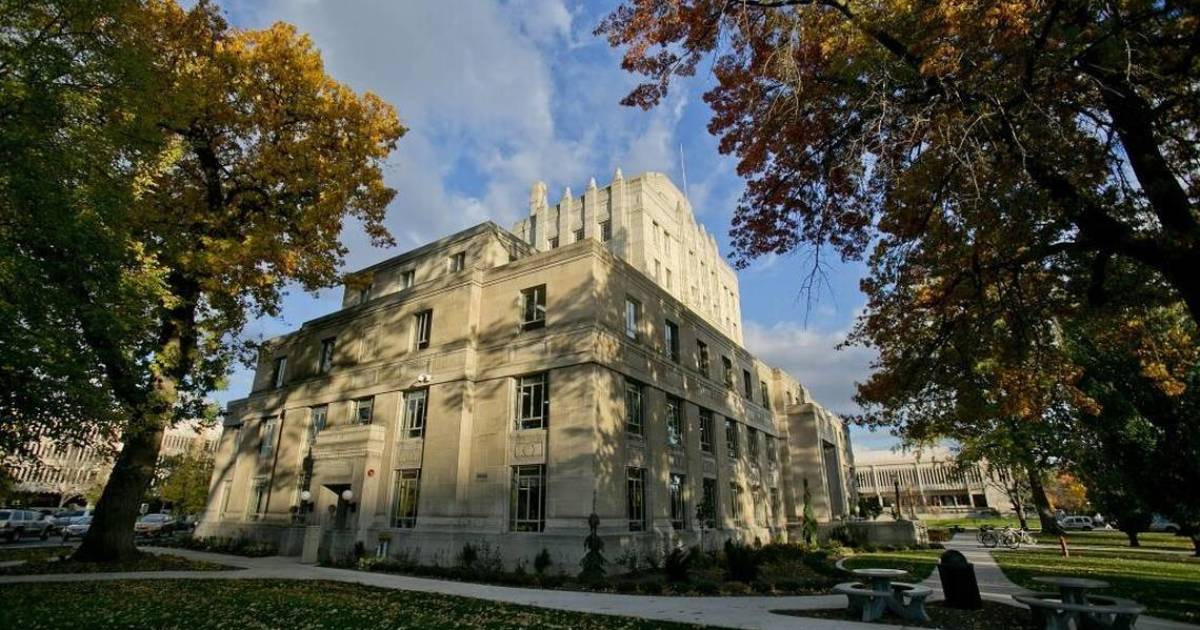 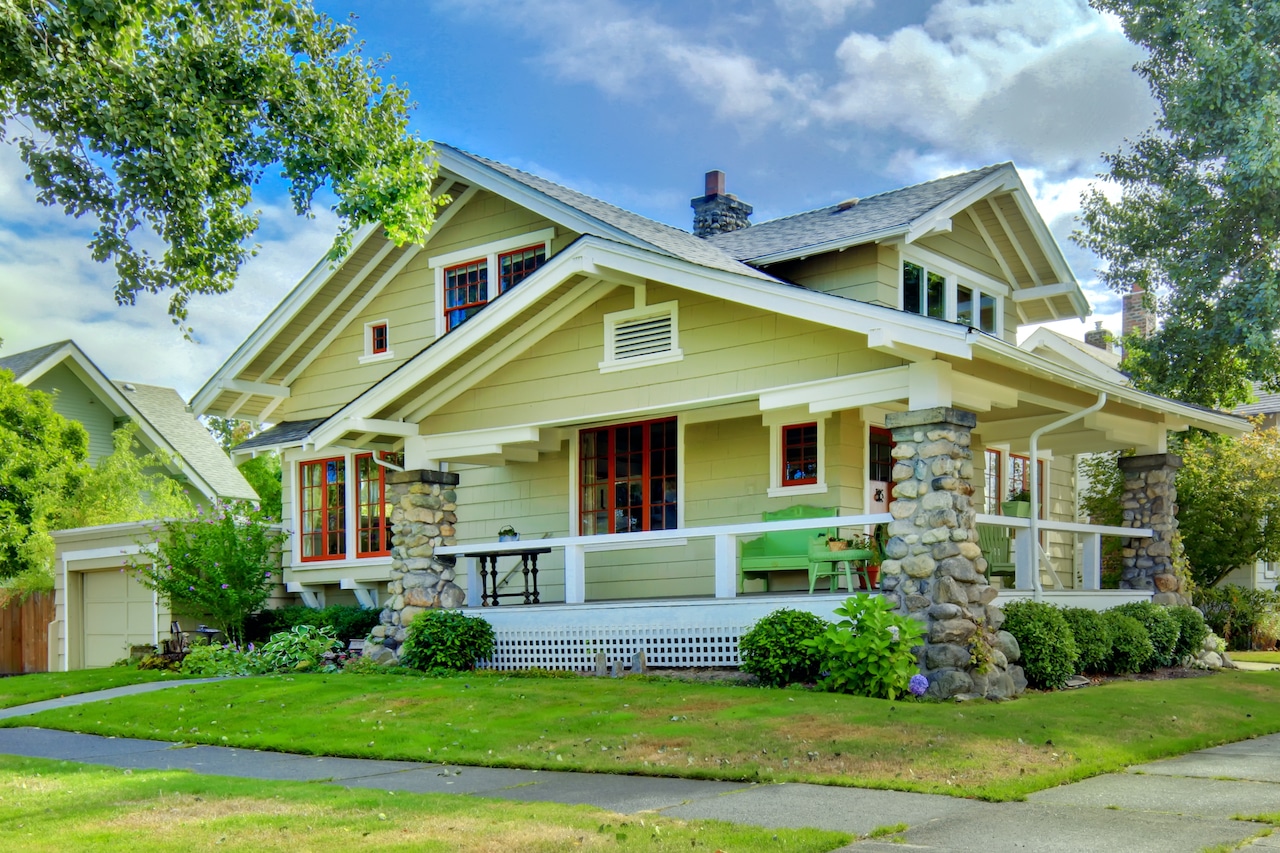 The Congress for the New Urbanism classifies 7 percent of America’s malls as blighted “grey fields” and another 12 percent as “vulnerable” in steep decline. Malls can be re-gridded with main streets and storefronts. 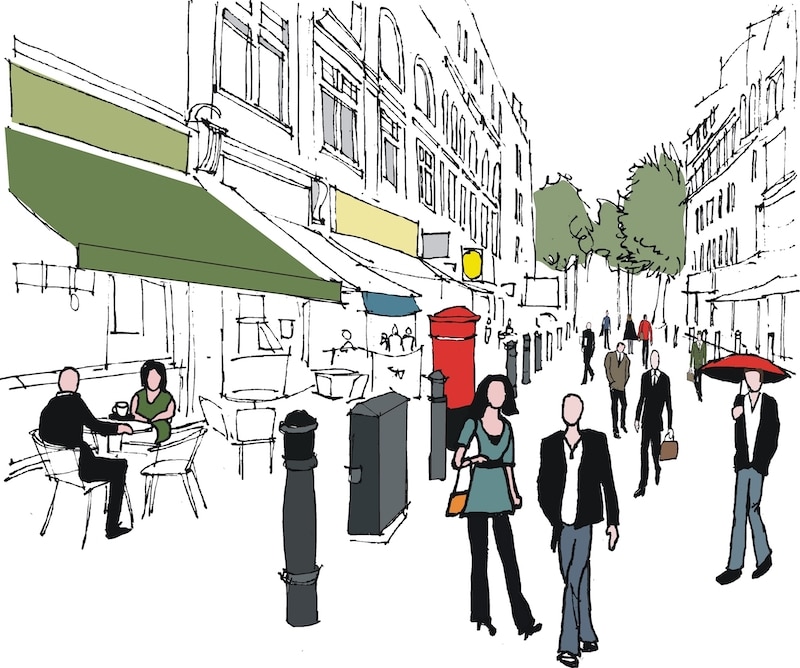 Not nuclear war nor global warming but the suburban cul-de-sac has become “the greatest threat to our planet,” said filmmaker John Paget in his 2009 indictment of suburbs, called Built to Last. Cul-de-sacs, say vilifiers, limit commuter choices, jamming arterial roads. 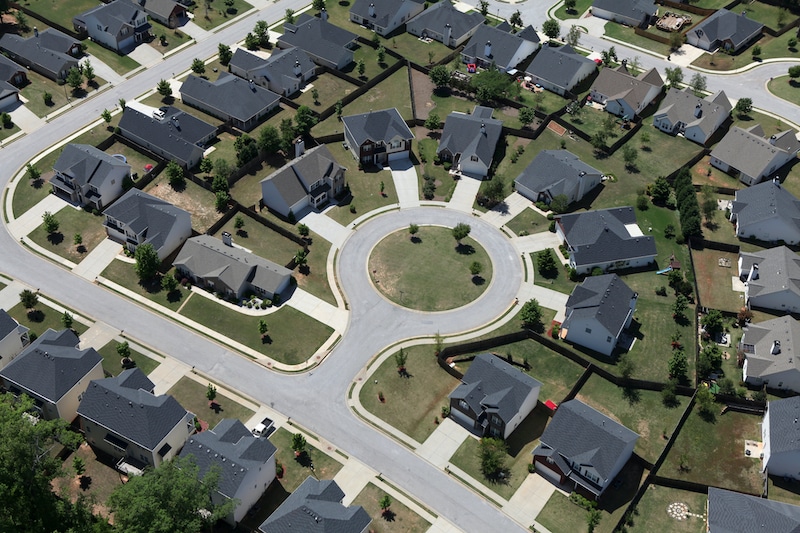 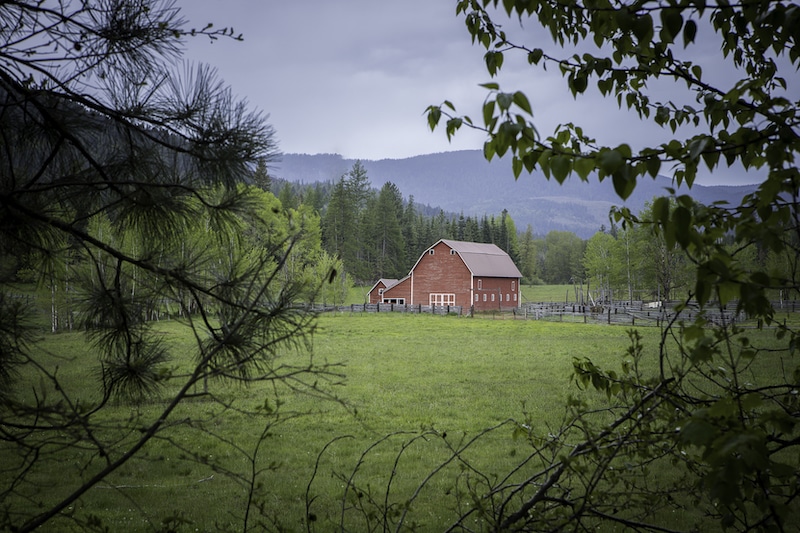 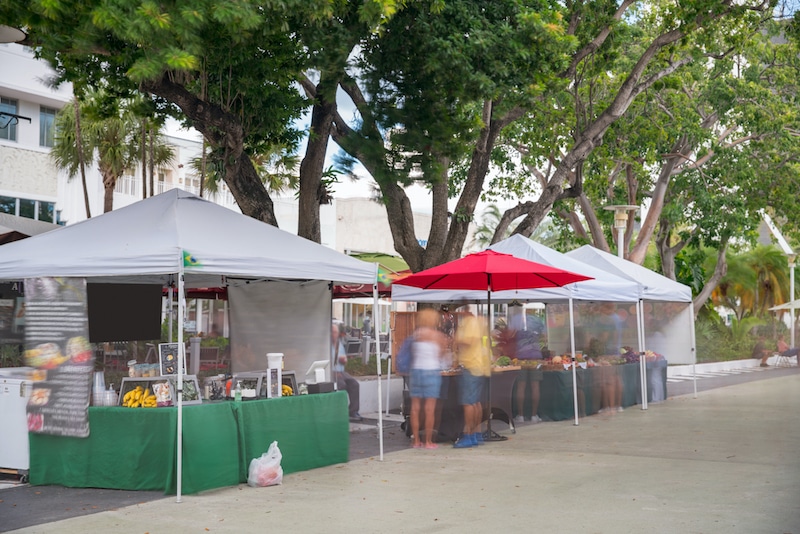 RELATED: 22 Reasons Trees in Cities Keep Us Healthy and Save Us Money

Streets curving and wide are efficient for speeding traffic. Skinnier streets with crosswalks and protruding corners give pedestrians a fighting change.

10. Bring Back the Corner Store

A five-mile trip for a quart of milk was no big deal when gas was a dollar a gallon. Neighborhood stores reduce the number of car trips. 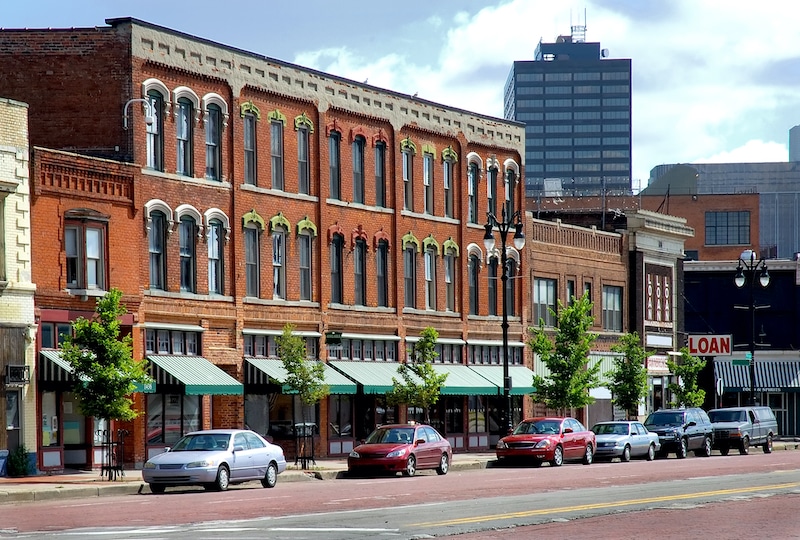 RELATED: How Fort Worth, Texas is Getting Healthier While the Rest of the Country is Getting Sicker

“Diversity” second only to “small” is Blueprint Boise’s most pervasive buzzword. Planners want a diversity of land use patterns with “diverse neighborhoods,” a “diverse economy” and even citizens of “diverse” ages and occupation on city planning committees. Pictured: Vertical diversity incorporates a mix of uses in a single building. 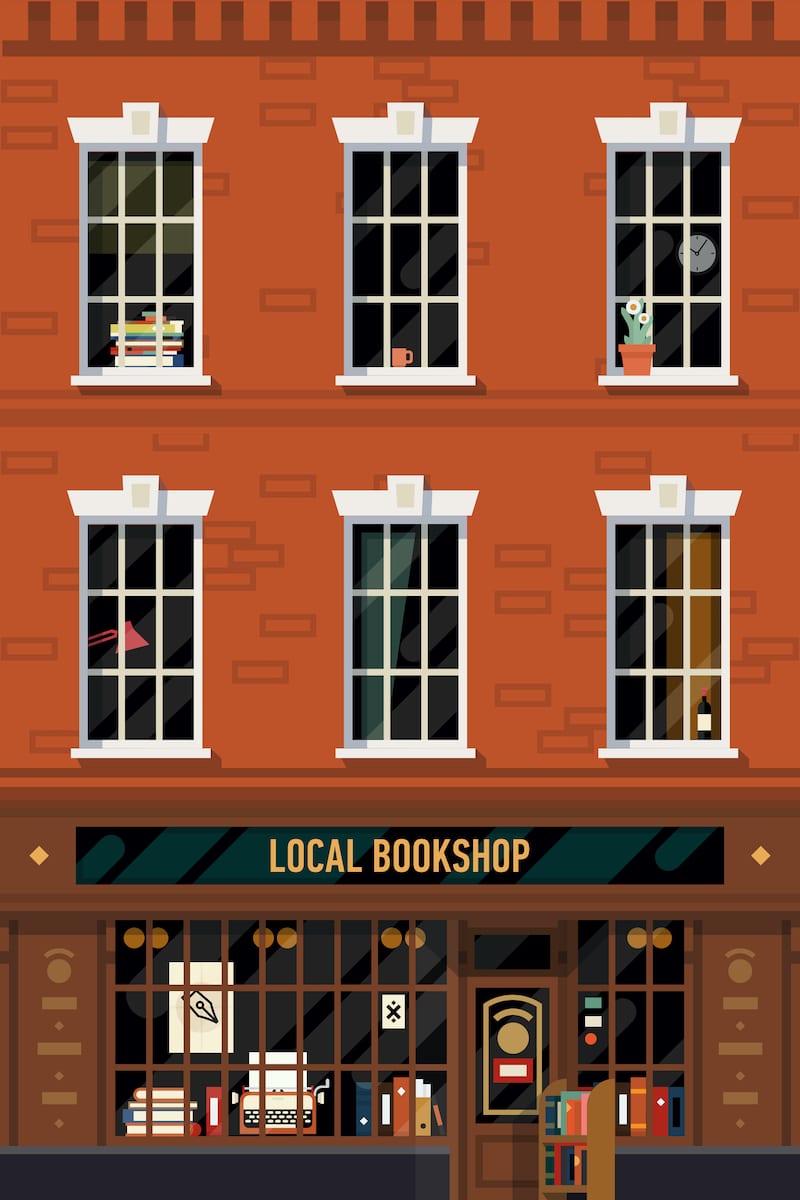 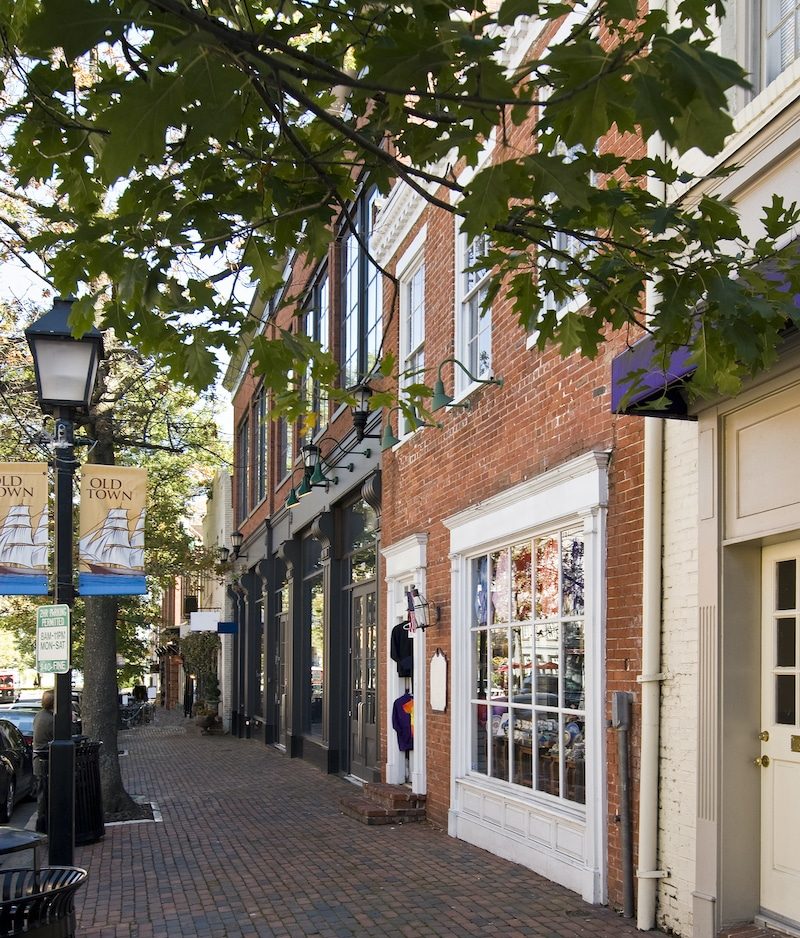 This article first appeared on the Blue Review.