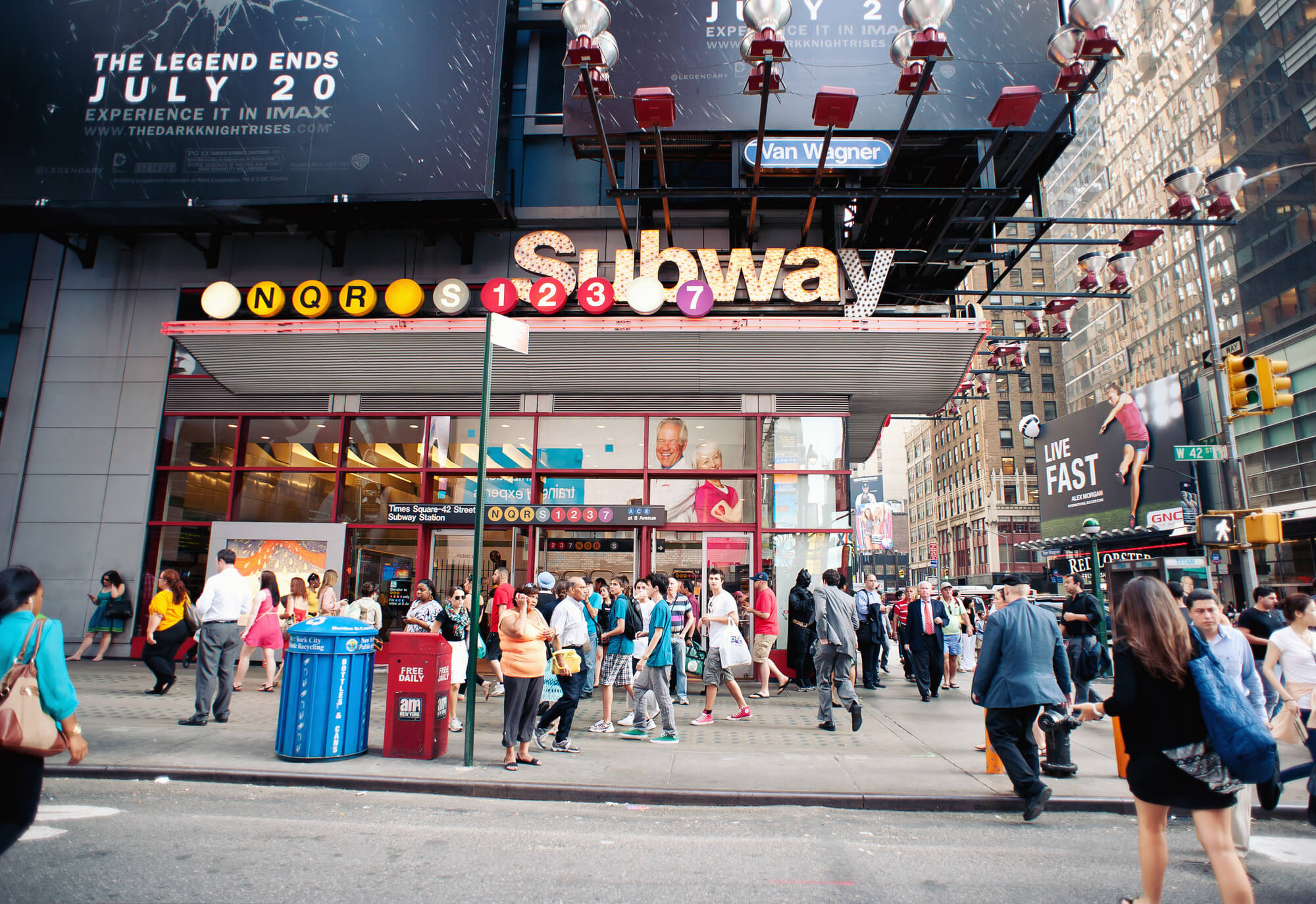 By Lee McIntyre, PhD, Research Fellow at the Center for Philosophy and History of Science at Boston University and Instructor in Ethics at Harvard Extension School.

The life choices that had led me to be sitting in a booth underneath a banner that read “Ask a Philosopher” – at the entrance to the New York City subway at 57th and 8th – were perhaps random but inevitable.

I’d been a “public philosopher” for 15 years, so I readily agreed to join my colleague Ian Olasov when he asked for volunteers to join him at the “Ask a Philosopher” booth. This was part of the latest public outreach effort by the American Philosophical Association, which was having its annual January meeting up the street.

I’d taught before – even given speeches – but this seemed weird. Would anyone stop? Would they give us a hard time?

I sat between Ian and a splendid woman who taught philosophy in the city, thinking that even if we spent the whole time talking to one another, it would be an hour well spent.

At first glance, it was hard to tell if she was a penniless nomad or an emeritus professor, but then she took off her hat and psychedelic scarf and came over to the desk and announced, “I’ve got a question. I’m in my late 60s. I’ve just had life threatening surgery, but I got through it.”

She showed us the jagged scar on her neck. “I don’t know what to do with the rest of my life,” she said. “I’ve got a master’s degree. I’m happily retired and divorced. But I don’t want to waste any more time. Can you help?”

Wow. One by one, we all asked her to elaborate on her situation and offered tidbits of advice, centering on the idea that only she could decide what gave her life meaning. I suggested that she might reach out to others who were also searching, then she settled in for a longer discussion with Ian.

And then it happened: A crowd gathered.

At first I thought they were there to eavesdrop, but as it turned out they had their own existential concerns. A group of teenagers engaged the philosopher on my right. One young woman, who turned out to be a sophomore in college, stepped away from the group with a serious concern. “Why can’t I be happier in my life? I’m only 20. I should be as happy as I’m ever going to be right now, but I’m not. Is this it?”

It was my turn. “Research has shown that what makes us happy is achieving small goals one after the other,” I said. “If you win the lottery, within six months you’ll probably be back to your baseline of happiness. Same if you got into an accident. You can’t just achieve happiness and stay there, you have to pursue it.”

“No…” I explained. “Your role in this is huge. You’ve got to choose the things that make you happy one by one. That’s been shown from Aristotle all the way down to cutting-edge psychological research. Happiness is a journey, not a destination.”

She brightened a bit, while her friends were still puzzling over whether color was a primary or secondary property. They thanked us and moved on.

Suddenly, the older woman who had stopped by initially seemed satisfied with what Ian had told her, and said that she had to be on her way as well.

Again it was quiet. Some who passed by were pointing and smiling. A few took pictures. It must have looked odd to see three philosophers sitting in a row with “Ask a Philosopher” over our heads, amidst the bagel carts and jewelry stalls.

It must have looked odd to see three philosophers sitting in a row with “Ask a Philosopher” over our heads, amidst the bagel carts and jewelry stalls.

During the quiet I reflected for a moment on what had just happened. A group of strangers had descended upon us not to make fun, but because they were carrying around some real philosophical baggage that had long gone unanswered. If you’re in a spiritual crisis, you go to your minister or rabbi. If you have psychological concerns, you might seek out a therapist. But what to do if you don’t quite know where you fit into this world and you’re tired of carrying that burden alone?

And then I spotted her … an interlocutor who would be my toughest questioner of the day. She was about 6 years old and clutched her mother’s hand as she craned her neck to stare at us. Her mother stopped, but the girl hesitated. “It’s OK,” I offered. “Do you have a philosophical question?” The girl smiled at her mother, then let go of her hand to walk over to the booth. She looked me dead in the eye and said: “How do I know I’m real?”

Suddenly I was back in graduate school. Should I talk about the French philosopher Rene Descartes, who famously used the assertion of skepticism itself as proof of our existence, with the phrase “I think, therefore I am?” Or, mention English philosopher G.E. Moore and his famous “here is one hand, here is the other,” as proof of the existence of the external world?

Or, make a reference to the movie “The Matrix,” which I assumed, given her age, she wouldn’t have seen? But then the answer came to me. I remembered that the most important part of philosophy was feeding our sense of wonder. “Close your eyes,” I said. She did. “Well, did you disappear?” She smiled and shook her head, then opened her eyes. “Congratulations, you’re real.”

She grinned broadly and walked over to her mother, who looked back at us and smiled. My colleagues patted me on the shoulder and I realized that my time was up. Back to the conference to face some easier questions on topics like “Academic Philosophy and its Responsibilities in a Post-Truth World.”

This article is republished from The Conversation under a Creative Commons license.