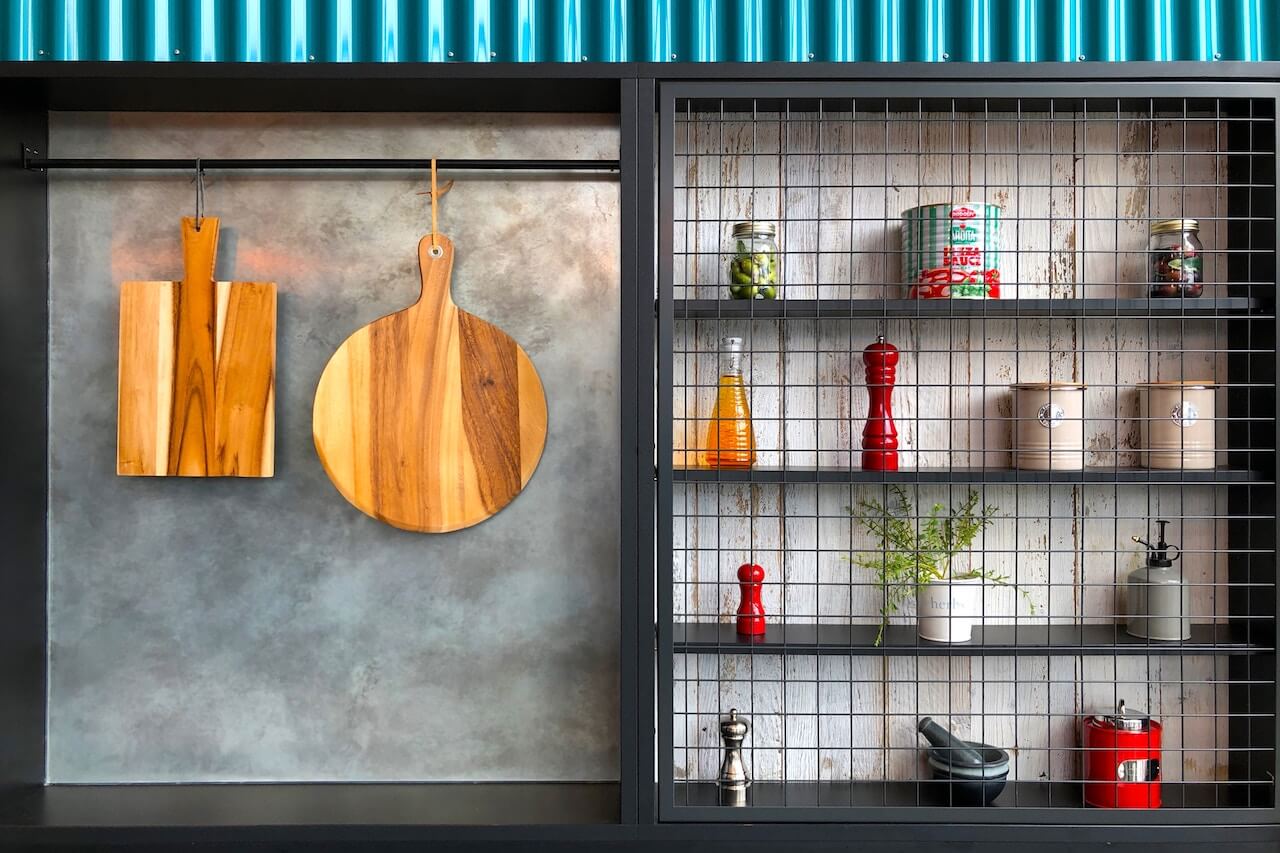 De-cluttering and the Science Behind Marie Kondo’s ‘Tidying Up’

[Editor’s Note: Marie Kondo is the creator of the KonMari method of tidying, author of 4 international bestselling books which have been published in 42 regions and countries, and new host of Netflix show Tidying Up with Marie Kondo. The Life-Changing Magic of Tidying Up has spent over 144 weeks on the NYT bestseller list and over 10 million copies have been sold worldwide.]

Thrift stores across the United States have been inundated with donations in the wake of Netflix’s January 2019 release of “Tidying Up,” a series starring Marie Kondo, professional organizer and author of The Life-Changing Magic of Tidying Up.

The premise is simple: She wants you to identify and remove all items in your home that do not “spark joy.” The items are thanked for their service before hitting the curb or the donation box. After tidying your home according to her methods, Kondo promises, it will stay organized forever. “If you adopt this approach — the KonMari Method — you’ll never revert to clutter again,” she writes in her book.

Moreover, the tidiness will alter more than your domicile. Uncluttered space transfers into the mental realm, too: “When you put your house in order, you put your affairs and your past in order, too,” Kondo writes. “As a result, you can see quite clearly what you need in life and what you don’t, and what you should and shouldn’t do.”

It’s quite the claim, and, as evidenced by the response to her show, appeals to many. (Netflix declined to provide viewership numbers.)

But is tidying really that beneficial to well-being?

Journalist’s Resource has surfaced research that addresses that question, ranging from an article that looks specifically at the KonMari method to a study that looks at decluttering as a method to mitigate bedbug infestations in a low-income apartment complex. That study, among others, indicates that beyond sapping joy, clutter is a public health problem.

We hope this collection of research sparks joy.

Does it spark joy?

The author of this short research article conducted in-depth interviews with 11 women who had used the KonMari method in some way. All participants had documented their efforts with pictures, videos, diaries, or blog posts. Six of the participants were “pure KonMari converts who faithfully followed all steps in the method.” The remaining five adjusted the method to their needs or did not execute it fully. The researcher asked the participants about their experience with the KonMari method.

“Things that are useful and that you use, whether they look lovely or not, they do spark joy. Because they serve a very useful function and help you do things easier/faster/better, that’s a kind of joy isn’t it?

This research hypothesizes that clutter might prevent people from reaping the benefits of having a home – a place commonly associated with comfort and security. The study surveyed 1,489 residents of the U.S. and Canada on the relationship between clutter, personal well-being, and attachment to one’s home and possessions. “The population of interest was adults with mild to severe issues with clutter,” the authors write. The survey participants were found with assistance from the Institute for Challenging Disorganization (ICD), a non-profit that helps “chronically disorganized” people through education and research. Those in need of assistance “range from mild, situational disorganization due to relocation or other temporary life disruptions to chronic disorganization arising from compulsive hoarding, ADHD [attention-deficit/hyperactivity disorder], brain injury, and physical impairments associated with aging.” The survey was posted on the ICD’s website and disseminated by ICD-affiliated professional organizers.

In this study of dual-income, middle-class families in a large U.S. city, 30 heterosexual couples gave tours of their homes, and recorded the tours via camcorder. Researchers used linguistic analysis software to calculate the frequency of various words participants used to describe their homes — focusing on words that indicated clutter, an unfinished state of the home, or a restorative or natural place.

Four times a day for a week, the couples filled out reports about their moods and provided saliva samples, used to measure their cortisol levels. Cortisol is a hormone that regulates many bodily processes, such as metabolism and blood sugar modulation. People who have low cortisol levels — or do not experience the normal decline in cortisol levels that occurs over the course of the day — tend to have greater stress and other negative health outcomes. A lower-than-normal change in daily cortisone levels is an indicator of chronic stress, the researchers explain.

The researchers analyzed the data for links between the participants’ environments and their moods and changes in cortisol levels.

“A seemingly simple question had led me to seek out and talk to POs [professional organizers] in Toronto: how, in North America and at this particular historical moment, are we to manage and be with our ever-expanding world of material things?” the author of this study writes. The anthropological research incorporates interviews and fieldwork with 21 personal organizers in Toronto and Ontario. Personal organizers help with “chronic disorganization,” which they describe as “a behavior set or an orientation toward stuff that makes it difficult for those who experience its symptoms to keep their material possessions in order.” The services come at a steep hourly rate — major projects can cost thousands of dollars to complete, according to Angie’s List, a website that collects ratings of service providers. The author writes that while people might think of personal organizers in terms of “rational, disenchanted order of object management,” they are actually closer to healers. “The organizers fully recognize the complex ways that people become attached to, intermingled with, and even dispersed in things, and their work requires them to regularly plunge into and manipulate this world of ‘vibrant matter,’” the author writes.

“How Much of Too Much? What Inspections Data Say about Residential Clutter as a Housing Problem”
Lauster, Nathanael; et al. Housing Studies, July 2016.

This study analyzes clutter from a housing policy angle, looking at the issue of residential clutter as identified by housing inspectors. The researchers used Vancouver as a case study and focused on clutter in single-room occupancy, low-income housing – small, one-room dwellings in large multi-tenant buildings.

The research is framed, in part, as a response to a 2010 apartment fire that began in a purported hoarder’s apartment within a social housing project. After the fire, inspectors discovered that 19 of the 712 units in the complex were “overcrowded with belongings.”

“The Toronto fire helps fame a number of questions about residential clutter relevant to housing research more broadly. Is 19 of 712 units (2.7 percent) an abnormally high proportion of housing units cluttered in a problematic fashion? Does it indicate problems with enforcement or with management of social housing?” the authors ask. “Just how big of a problem is residential clutter?”

While insecticides are commonly used to eradicate bed bug infestations, this study sought to determine whether bed bugs could be eliminated with minimal or no insecticide — by reducing clutter, instead.

This study, which ran from May to December 2014, tested varying bed bug control methods in high-rise apartment buildings in Irvington, New Jersey run by the Irvington Housing Authority and occupied by seniors or disabled residents. A total of 409 apartments were included in the sample.

To begin with, the apartments in the study were not excessively cluttered. The researchers asked residents to reduce the clutter they did have and launder their bed linens frequently. Three groups of residents used chemical treatments to control bed bugs. A fourth group used non-chemical strategies: removing bed bugs by hand, killing them using steam treatment, installing bed bug-proof mattress encasements, washing bed linens, removing or reducing clutter, installing traps under the legs of furniture and killing any visible bed bugs during biweekly follow-up visits.

What are the effects of tidying up on a grander scale — for example, clearing and sprucing vacant lots? The objective of this study was to determine whether such efforts might reduce violence, crime and fear in a community, testing this through an experiment conducted with 541 randomly sampled vacant lots in Philadelphia.

The lots were randomly assigned into treatment and control groups. The control group consisted of 166 lots, which were left unchanged. The main treatment group consisted of 201 lots, which received “cleaning and greening” efforts — trash and debris were removed, grass and trees were planted, and low, wooden fences were placed around the perimeter. The authors note that local landscape contractors executed the efforts. A secondary treatment group of 174 lots received only cleaning.

“In all neighborhoods, perceptions of crime among people who lived near the cleaned and greened lots decreased by 36.8%.”

Chloe Reichel is a research reporter at Journalist’s Resource. Her work has also appeared in Vineyard Gazette, Cambridge Day, Cape Cod Times, and Harvard Magazine. This article originally appeared on JournalistsResource.org,
a publication of Harvard’s Shorenstein Center on Media, Politics and Public Policy.