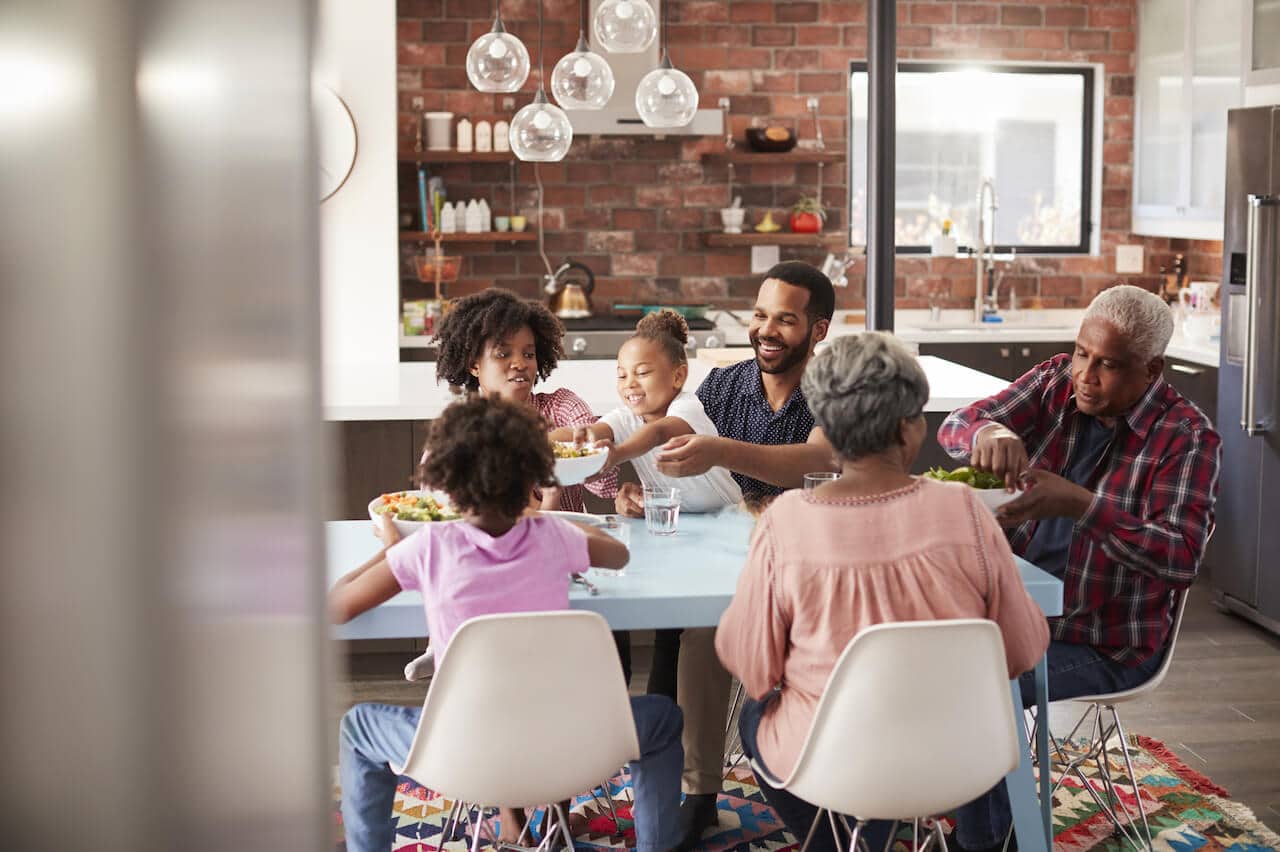 Even if You’re Arguing, Eating As a Family Helps Teens Eat Healthier

Every unhappy family might be unhappy in its own way, but when they sit down together at the table, they’re alike according to one important measure: they eat better.

A new study in JAMA Network Open finds that family dinners are associated with better nutritional intake among adolescents, regardless of how dysfunctional (or not) the family is.

Lead author Kathryn Walton, a registered dietitian and doctoral candidate in the department of family relations and applied nutrition at the University of Guelph, said that the study builds on earlier research that has established the benefits of family meals.

“We know that children who sit down for frequent family meals have better dietary intake,” she said in a phone call with Journalist’s Resource. “The novel piece of our study is we considered the role of family functioning — how well families communicate, connect emotionally, and problem solve.”

“We know that children who sit down for frequent family meals have better dietary intake.”

The study analyzed data from the Growing Up Today Study II (GUTS), a collaboration between clinicians and researchers at Brigham and Women’s Hospital and the Harvard School of Public Health that looks at the influence of diet and exercise on weight over the course of a person’s life. GUTS participants are the children of women enrolled in the Nurses’ Health Study, which analyzes the risk factors for chronic diseases in women, using nurses as its study population. Walton’s research looked at a sample of 2,728 adolescents from the GUTS study. They were between 14 and 24 years old. Most were white — 93 percent — and, according to Walton, the participants were a “fairly high income cohort.”

The researchers looked at participants’ responses to questions of how often they sat down to the table with other members of their families to eat dinner, and how many fruits and vegetables, takeout and fast food meals, and sugar sweetened beverages they consumed.

Here are the key findings:

Though the effects on dietary intake were small — the difference was less than a whole serving of fruit and vegetables — Walton explained that this might have to do with the higher-income sample. She added that overall, the adolescents in the study were already consuming fairly high amounts of fruits and vegetables and low amounts of fast food. She suggested that more diverse populations might see larger differences.

She added that future research and interventions can build on this work, capitalizing on the idea that whether families are high-functioning or dysfunctional, meals together can offer benefits, and developing strategies to increase those effects.

Walton stressed the importance of developing healthy habits in adolescence, when children often put on extra weight or become obese. “Anything that can help promote healthy intake and lifestyles in that time is important. It’s a big transition time,” she said.

“Anything that can help promote healthy intake and lifestyles in that time is important.”

Walton added that further research is needed to understand the support families require to have dinners together and to test strategies to promote family meal time. But she offered a few suggestions, such as: