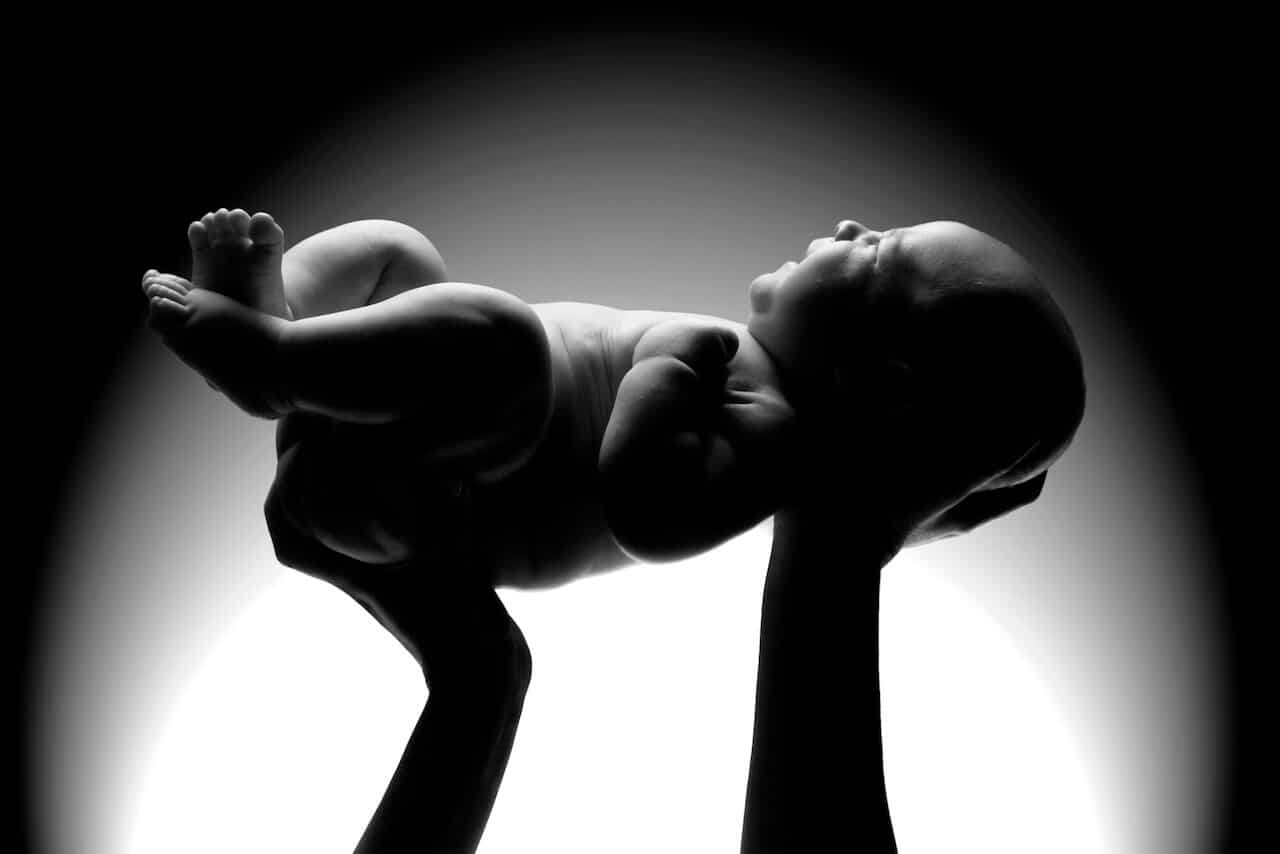 Genetically Modified Humans? DNA Hacking, What it Means to be Human, The End of Sex

Scientists have already genetically modified human embryos, our DNA is becoming as editable and hackable as other types of code, and the race in genetic engineering is moving at a furious pace. We recently interviewed Jamie Metzl, PhD, one of the world’s top futurists and geopolitical experts, on the coming genetic revolution and what we should be doing now to prepare.

Metzl is Senior Fellow of the Atlantic Council and serves on the World Health Organization’s expert advisory committee on developing global standards for human genome editing. He previously served on the U.S. National Security Council, on the Senate Foreign Relations Committee, and as a Human Rights Officer for the United Nations in Cambodia. (And yes, he is also an Ironman triathlete.) His latest book, Hacking Darwin: Genetic Engineering and the Future of Humanity, explores the coming genetic revolution and the future of humanity.

BLUE ZONES: Your new book, Hacking Darwin, sounds thrilling and scary. Why do we need to sit up and pay attention to what’s happening with genetic engineering?

JAMIE METZL: The genetic revolution that will fundamentally transform our healthcare, the way we make babies, the nature of the babies we make, and ultimately our evolutionary trajectory as a species has already begun.

This feels like sci-fi but it is very real and will change our lives very soon.

Because this transformation will touch each of us, it is all of our business. I’ve written Hacking Darwin to make it easy for people to understand what’s happening, what’s at stake, what this means for each of us, and what we all can do to prepare.

BZ: What can people actually do now? In terms of genetically engineering their children?

JM: Many parents are already genetically engineering their children today, even though we don’t call it that. Increasing numbers of parents are using IVF and preimplantation genetic testing instead of sex to make babies and choosing to implant embryos less likely to have certain genetic diseases and chromosomal disorders. Others are using prenatal testing to detect genetic abnormalities and, in some cases, choosing to terminate pregnancies.

Two girls have now been born in China whose pre-implanted embryos had been altered by an unethical scientist.

These are still the very early days of genetic engineering our offspring… but much more is coming.

BZ: You’ve said that in the near future, sex for reproduction will take place in labs. Can you elaborate?

JM: The revolution in the way we make babies will encourage many of us to conceive our children in labs rather than in our beds and the back seats of our cars.

1 At first, we’ll do this to reduce the roughly three percent risk that babies conceived through sex will have some type of harmful genetic abnormality.

But once we start getting used to IVF and embryo screening to reduce health risks, many of us will want to make selections that will give our children a greater chance of living a long and healthy life.

2 We’ll then likely use stem cell technologies to help women generate thousands more eggs than they could on their own and dramatically expand the number of embryos that can be sequenced before a decision is made about which to implant.

3 We’ll also use precision gene editing tools more precise than CRISPR to make a number of discrete genetic changes to these pre-implanted embryos either to eliminate risks or confer benefits.

All of this will be controversial and raise monumental ethical issues we’ll need to actively explore.

I’ve written Hacking Darwin to help launch what I call a “species-wide dialogue” on the future of human genetic engineering. This science will inevitably progress but the values guiding that progress are up to us. If we want to optimize the benefits and minimize that harms, we all must engage now.

BZ: There has been a lot of research into extending life with stem cell technology, but some of the most important factors for longevity can’t be reproduced in a lab (love, social connections, purpose). Do you think it’s really possible to hack longevity?

JM: I definitely do think it’s possible to hack longevity. We’ve actually been doing it for a long time. If our goal is to continue extend health and lifespan across the population, we should be doing all the things Dan describes in the blue zones he’s uncovered around the world. But even if we each live exactly like the most enlightened Okinawan, the longest we can hope to live with our current biology as is would be 122 — the longest lived human life on record.

I think we’ll eventually be able to go well beyond that through the application of technology. Drugs like metformin, Rapamycin, and nicotinamide mononucleotide (NMN) are already extending healthspan in model organisms like mice. Scientists are showing how pruning senescent cells and managing cellular recycling pathways are slowing slow the aging process in these organisms. A crazy process called asynchronous parabiosis – cutting open and stitching together a young and old animal, usually mice – suggests that something in the plasma of the younger mice is making the older mice biologically younger. Technologies like these aren’t quite ready for full human deployment but many of them will be. As we unlock the genetic secrets of people who live particularly long and healthy lives, we’ll be able to select embryos for implantation during IVF that are genetically predisposed to those qualities. I gave a keynote on this topic at SXSW (video below) your readers might enjoy.

But if we live longer healthy lives, we’ll need to infuse them even more with the true meaning that comes from our relationships and our purpose. Those are what make our lives worth fighting for.

BZ: Yes, at Blue Zones we focus on not just adding years to life, but also life to years. It seems like there’s no point in living a long time without a good quality of life, including a sense of purpose and love.

JM: Absolutely. One of my recommendations to people as we enter this new age is to invest in each other. Humans are a social species, and one of the primary reasons we rose to the top of the food chain is that we can collaborate with each other.

Even in this increasingly virtual world, we are still not virtual beings. We still need a community of people around us in order to be happy and fulfilled. As the world changes and becomes more virtual every day, we must invest in meaningful relationships with the people around us.

BZ: What else should we be doing now that we know this genetic revolution is coming?

JM: Scientists are finding new ways to slow down the biological process of aging, and I don’t think it will be long before doctors prescribe gene therapies and medications to manage getting old. To benefit from these new treatments that are coming, we should do what we can to take care of our bodies right now. The healthier you are when the anti-aging treatments come, the better off you will be.

We should all be:

You can read more tips in my recent interview with TechCrunch.

BZ: You’re a tech futurist and geopolitical expert who also writes sci-fi novels. What was the path you took to this field of study?

JM: From my very earliest childhood, I’ve always been asking why. I did my Ph.D. in history focusing on past human rights abuses because I wanted to know why we had collectively failed so many times to prevent the most horrible human tragedies from happening. Working in refugee camps in Thailand and for the UN in Cambodia, I quickly realized that that the why of genocides and refugees was politics.

I worked in the White House and State Department and became a geopolitics expert because I wanted to do my bit to help us make smarter decisions that would help rather than hurt people. But as the overlapping exponential technological revolutions played out over the course of my life, it became abundantly clear to me that we need to draw on the best of our historic values to help make sure our technologies enhance our humanity rather than undermine it.

I write my novels and non-fiction books like Hacking Darwin to try to bring everyone into this process. We all need to be historians to understand where we are coming from, the mistakes we have made, and the lessons we have learned, geopoliticians to comprehend the large political forces shaping our world, and futurists to imagine where we are going so we chart the wisest possible path to get there. 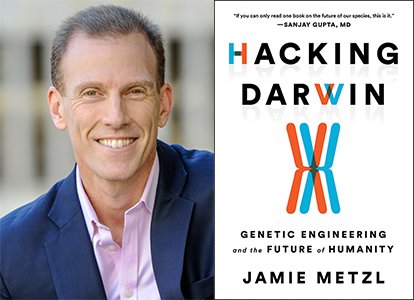 What are 3 foods you always have in your kitchen?

What advice would you give your 20-year old self?

What are you most proud of?

When or where are you happiest?

What is your personal mantra or motto?