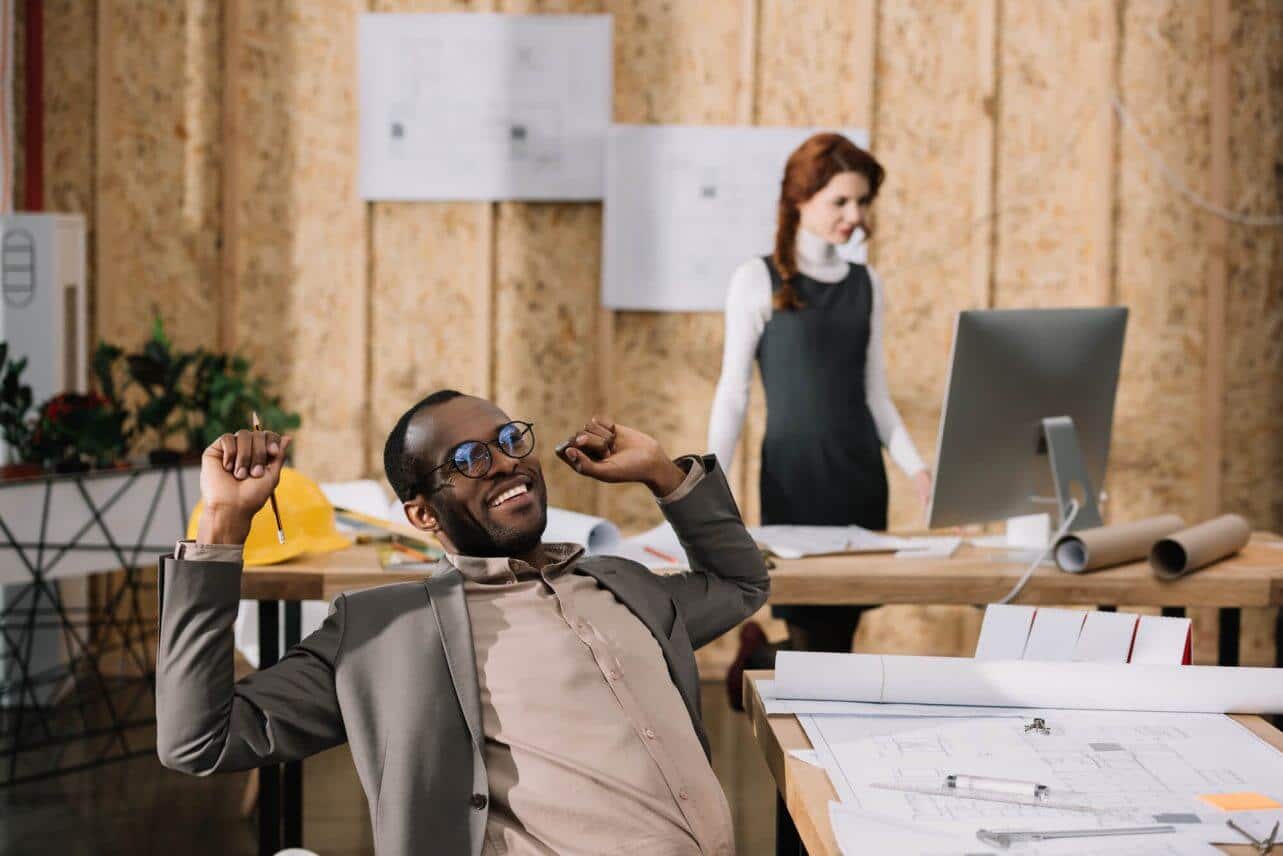 Yoga as a Remedy for Our Stressed, Sedentary Digital Age

Most of us spend the majority of our days on our phones, computers, tablets, and in front of our TVs. We also spend the majority of our days sitting or reclining, whether in our cars, at our desks, or on our couches. Just as humans are not meant to be wired all the time, we are not meant to be sedentary for most of our days. It’s not a coincidence that we are restless, stressed, anxious, and suffer constant back and pains.

Yoga can alleviate the stress, anxiety, and aches and pains that come with the digital age, says Peter Mico, a yoga leader and studio owner in Idaho. One of his specialties is training and teaching students with chronic pain. We recently talked with Peter about yoga, the Blue Zones lifestyle, and the yoga moves you can do anywhere, even at work.

BLUE ZONES: How do you see yoga and Blue Zones research intersecting?

PETER MICO: Yoga is more than just a good workout. Just like some of the daily schedules and habits of the elder inhabitants in blue zones, yoga combines movement and stress relief. It’s about being mindful, being in the body, and being in the moment. In my experiences in the blue zones, the older generation is wonderfully grounded and present. So the practice of yoga helps brings us to a place that these cultures have achieved through their way of life, and one that is very different from our own modern lifestyles of constant distraction and stress.

In our society, it’s common for older people to fall and break a hip. Not so often in the blue zones regions. As Dan Buettner has showed us, centenarians in the world’s blue zones are gardening, weeding, and doing yard work well into their 90’s and 100’s. They haven’t spent their lives sitting in cars and desks, they’re regularly getting up and down from the ground. In this way, it’s as if they are practicing yoga all day and every day, promoting good muscle tone and strong bones with full-body movement.

Also, even though yoga is not a religion, it can be a spiritual practice. Even the practice of learning to breathe slowly and deeply from your diaphragm as you do in yoga is like meditation, besides being invigorating and helping to relieve stress. Blue Zones centenarians had spiritual lives even though they came from different religions, and reaped the benefits of regular prayer, meditation, and spiritual rituals.

BZ: Besides stress relief and learning to breathe properly, what are some of the other benefits of yoga?

PM: Driving in cars, sitting in the lounge chair watching TV, or hunched over a computer all day creates multiple problems for the spine. That’s a big reason why probably 80% of Americans suffer from lower back pain. Yoga can be very helpful to people with lower back problems, and as a preventive measure so you don’t develop back problems. Its emphasis on posture and alignment, particularly in the sacral complex, is the perfect remedy for these ailments of pain and discomfort. People come to us with major maladies of herniated disks, scoliosis and chronic muscular pain, and find relief after a steady practice of yoga.

The same is true of ‘mouse arm’ and the effects on the cervical spine, which is a big deal.  Allowing the head to hang forward toward the screen, then tilting to look up, then extending the mouse arm forward, and then holding the pose for hours is a recipe for disaster for the cervical spine, especially the C4, C5, and C6 vertebrae. Yoga is a powerful practice for promoting healthy neck care.

For a typical office job of answering telephones and working at a computer, there are a couple of poses that you should do often. 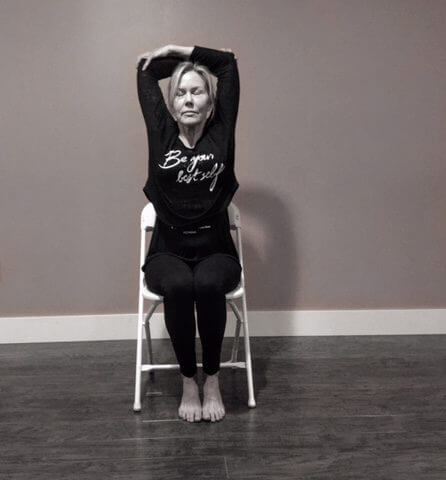 Put your arms up over your head and hold your opposite elbows. Then move your held elbows in four directions: forward and backwards, from side to side, and in small back and forward bends. Do this for 20-30 seconds every 15 minutes.

1. Baby Backbends: Stand up and clasp your hands behind your back. Arch backwards gently as you open your chest and roll your shoulders back and behind you. Then turn your head side to side, 5 times. Then bend your ear towards your shoulder, 5 times on each side. 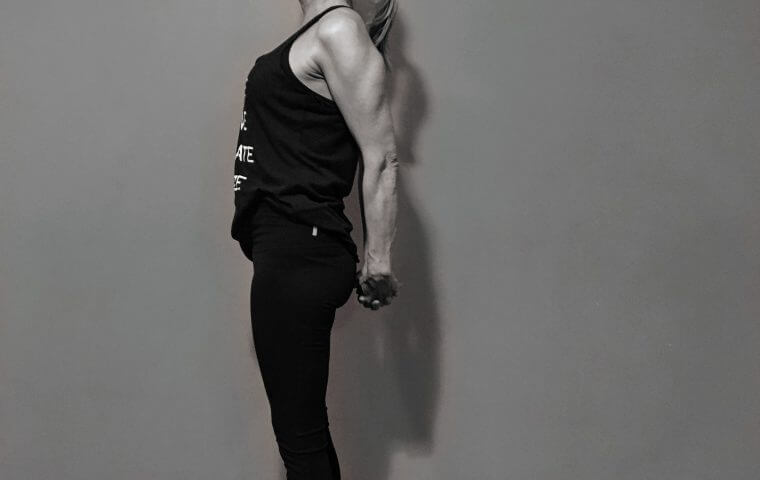 BZ: What are some yoga myths that you want to debunk for our readers?

PM: One is that yoga is just for women. Many women have flexibility and come to yoga for strength. Often men come to the studio with some strength, but are seeking or needing flexibility. People seem to think they shouldn’t come to class unless they are flexible. But class is where you get flexible. It would be like saying you won’t go to the gym because you don’t have muscles.

Another myth is that yoga means contortionism. I don’t believe in celebrating just the big crazy poses or the yoga competitiveness of this body-centric society we live in. I once overheard Richard Freeman (a master yogi) tell another teacher that the most beautiful pose he ever saw was an 80-year-old man doing a backbend. No airs, just a simple backbend with mindfulness. Beautiful. 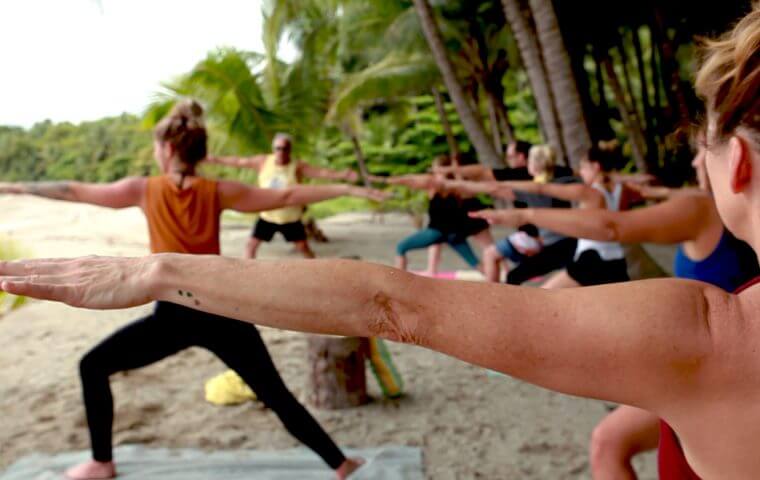 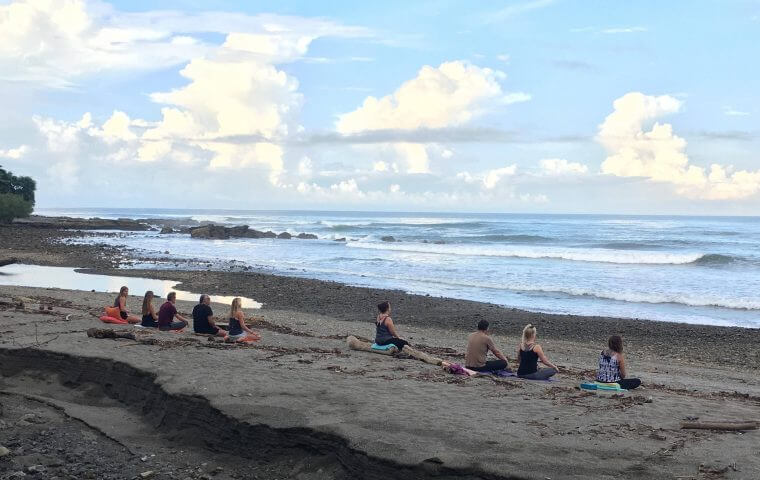 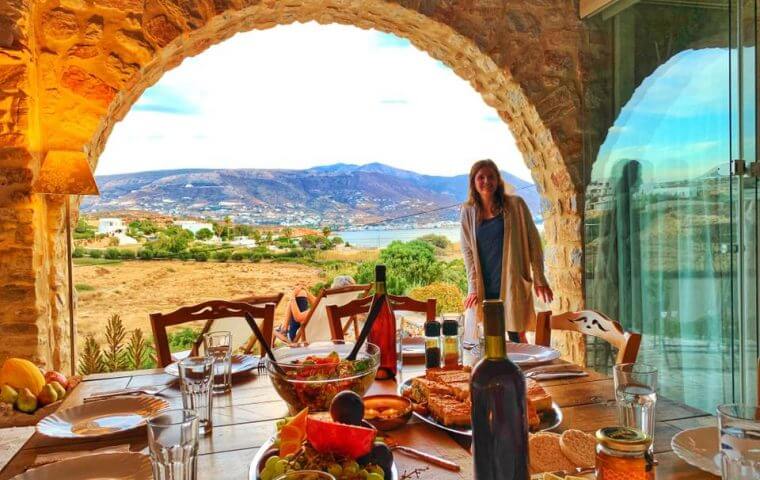