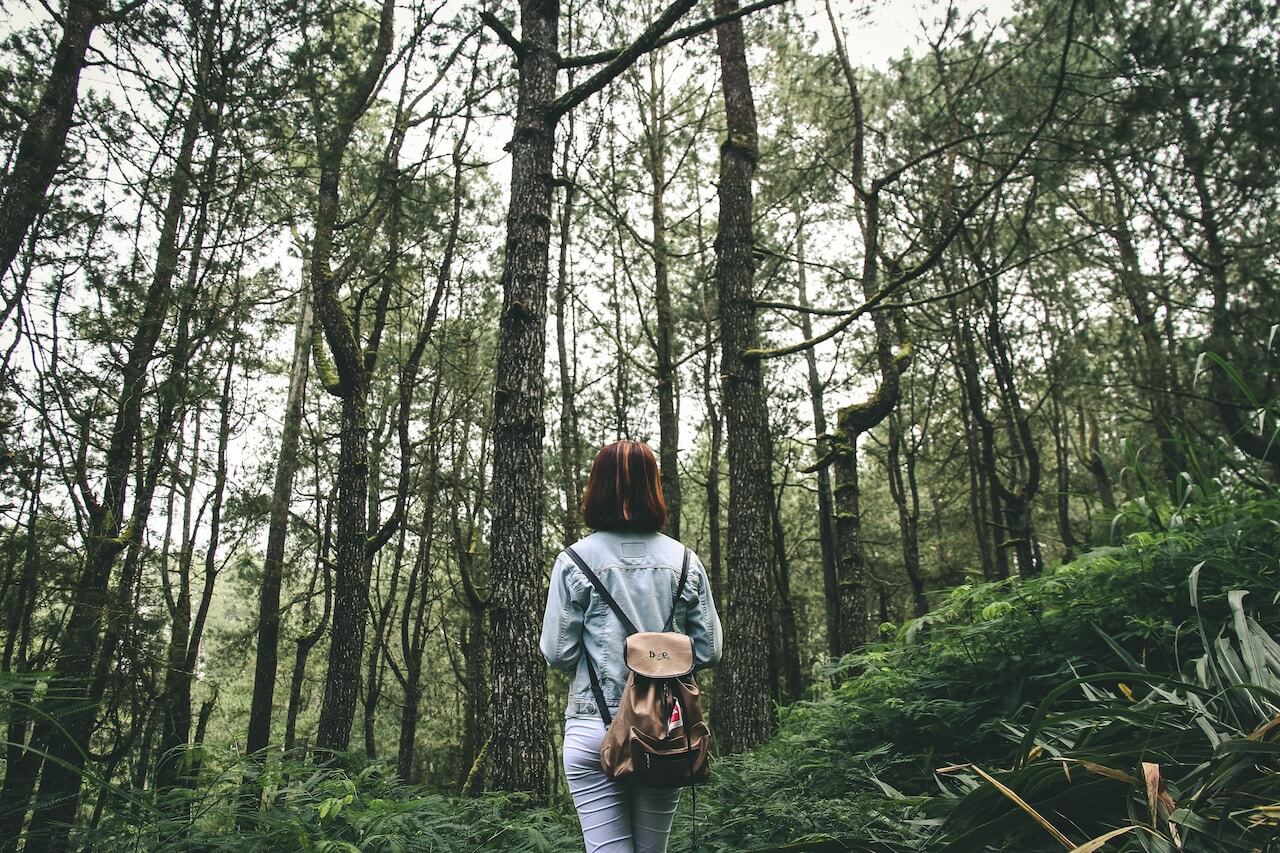 Forest or Nature Bathing: Ancient Practices, Modern Uses, and the Science of Relaxation

What is forest or nature bathing?

To bathe in the forest or nature means to bask in it. Your five senses take it in. You smell the flowers; you taste the wild blackberries; you see the tall and magnificent trees, some of which may have been there for centuries. You hear the sounds of nature around you, from the cicada’s tymbal to the birds chirping, and the frogs croaking. You feel the forest deep within your soul. It is transforming. 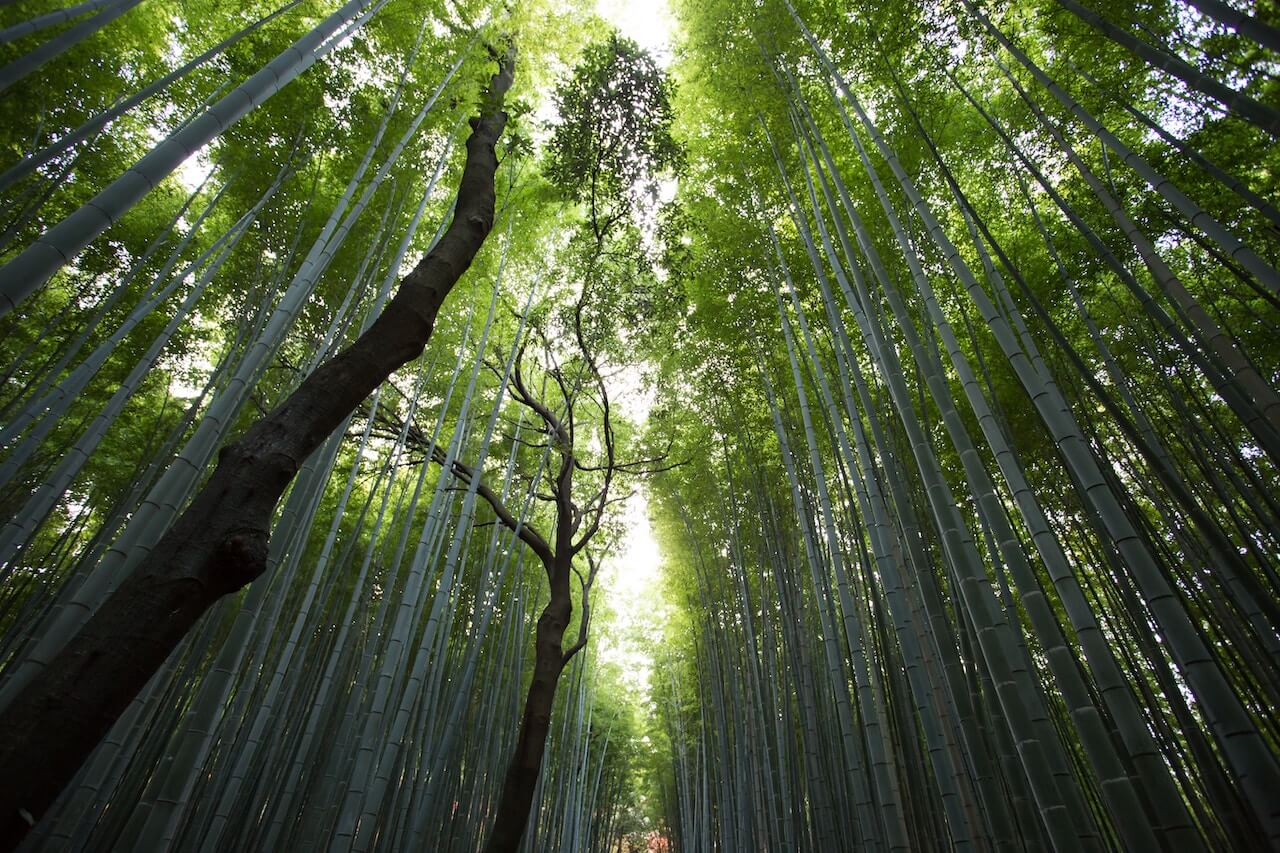 The term “forest bathing” was coined in Japan, where nature therapy has ancient roots. The idea of “park prescriptions” in urban areas first started in Asia and caught on worldwide. Asian models are meant to intertwine nature and trees with urban sprawl, and the science behind it has led to the practice in over 60 forest therapy bases there. Forest therapy is integrated with national healthcare practices in Asia and recognized as a stress reduction method and a way to combat chronic illness.

The need to leave the city or our cookie cutter suburban subdivisions to “get away from it all” by hiking or camping attests to our primal need to “bathe in the forest.” Asia and Japan particularly have a robust cultural and viable support system for forest bathing. Over centuries in Japan, groves of Sugi and Hinoki cypresses, known for their sense-inticing aroma, have been cultivated for this purpose.

Other than forest bathing or therapy, there are different types of nature therapy. Some have their roots in ancient medicine, and some are a product of today’s modern world, such as urban green space therapy.

Urban green space therapy was shown in research to have a positive effect on health. Having a green, tree-covered area to walk has also been linked to increasing longevity in the elderly. That’s why the practice of forest bathing has evolved to tying trees and nature into the built environments of cities. That’s how the US has approached it. Time in nature is more often seen as precious, and life-changing as the number of city populations grow. Park prescriptions are common, and nature therapy can be utilized there, as well as in the forest.

The need in the US is a centralized organization to help consolidate research findings and lead the integration process of therapeutic natural parks and recreation areas. The military has adopted the Green Road project, in which forests of trees are part of treatment at trauma treatment centers.

Plant therapy has been utilized throughout the ages on up to modern times. It may not have been called that, but people have long known of the relaxing effects flowering foliage can have on the body. It’s the scent and sight of the roses or the smell of fresh foliage that affects the prefrontal cortex in the brain and has a relaxing effect on the autonomic nervous system.

In Japan and parts of Asia, wood is used for relaxation purposes. There isn’t too much science behind it, but one experiment has looked at the relaxation effects of indoor wood furniture. A reduction in pulse rate and diastolic blood pressure were noted. The researchers concluded that wooden furniture and paneling have a relaxing effect on the body.

The science behind nature therapy and forest bathing: Why does it work?

Beneficial phytoncides, or organic compounds that are derived from plants, were named in 1928 by a Russian biochemist, Boris Tokin. Hinoki and Sugi trees in Japan emit these helpful compounds that have been found to lower blood pressure and increase the production of “Natural Killer” (NK) cells. Phytoncides are antibacterial and also known to decrease depression and anxiety. “Hiking in the forest keeps me off antidepressants,” said Molly Hartsell Robosson, an avid hiker living in upstate New York.

“I feel completely off-kilter when I don’t get outside time. Even something as simple as sitting outside for 20 minutes can help right the ship, so to speak.”

Likewise, in India, neem trees are used for local pharmaceutical purposes, and for making soaps, compounds to combat parasites, and even bug resistant thatching for houses.

How do you participate in forest bathing?

First, ditch all tech items (your cellphone, camera, or anything from the modern world that distracts you). Wander the forest trails with no particular purpose in mind except to take in the forest through your senses.

Stop to smell the plants and feel the texture of a leaf. Find a place to have a seat. Listen to the forest’s natural sounds around you. Pay attention to the birds and other animals in the woods. When you sit still, do they quiet with becoming accustomed to your presence?

You can go alone, but if you go with others, ask that all forest bathing be done in silence. At the end of the experience, there can be sharing time.

“Forest bathing is an immersion of the senses in the natural world.”

“Remember being a child and going barefoot all summer? We would play in the forest across the road from our house in Vermont,” said Robosson. “I would make fairy houses, set up little kitchens with rocks under trees, and spend the day in the woods among ferns, moss; giant rocks rubbed smooth by ancient glaciers. I had no fear of wild animals or bad people. I wasn’t worried about the dangers of Lyme disease or other tick-borne illnesses. Things were so much simpler, dare I say better, then.”

Researchers looked at the properties of medicinal trees by studying phytoncides in the 1970s and 80s. These are the compounds thought to be responsible for improved mood, immune functioning, and lowered blood pressure.

In the study, street trees offered more benefit to citizens in urban settings than did their private patios. The study cited over 1,300 references, and the scientists concluded that this data was necessary to quantify the therapeutic effects of nature and further verified the therapeutic effects of forest bathing and nature therapy on health and quality of life for the modern individual.

Another recent study conducted in Japan looked at the physiological effects of Shinrin-yoku. Tests were done with subjects in forests and in the laboratory. The scientists examined total forest environments, versus smell or scenery of the forest. Central and autonomic nervous system, and stress responses were used to get measurements and summarize the research in terms of how much the forest stimulates all five senses. Findings were significant, but still more studies are needed.