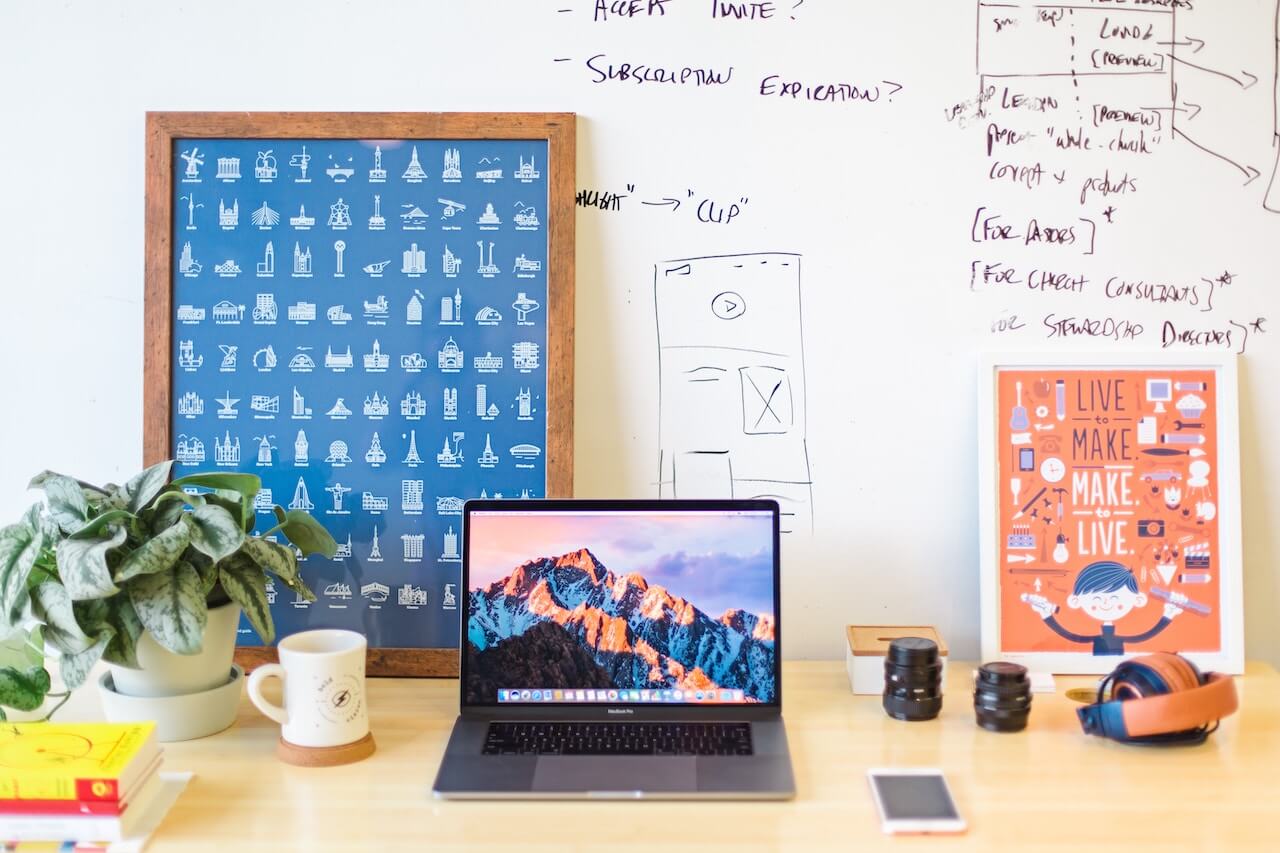 Free Up 2 Hours a Day with This Exercise

Adapted from Everything is Figureoutable by Marie Forleo, a handbook for training your brain for growth, creativity, and positivity in the face of setbacks. Marie is an entrepreneur, philanthropist, New York Times bestselling author, the host of MarieTV, and founder of the acclaimed B-School training program.

Is changing your ingrained habits easy? No. To free up your time, will you need to say no to people? Disappoint people? Yes. Are you going to disrupt societal norms, ruffle feathers, have uncomfortable conversations, and dismantle a few long-held assumptions? Most definitely.

But here’s a good place to start—realize that you can’t manage what you don’t measure. If you’re serious about eradicating time excuses, do this. For the next seven days, write down every single thing you do from the moment you wake up to the moment you go to sleep.

Don’t change your normal routine. Record what you typically do, without embellishment or judgment. Your ego may be tempted to fudge the numbers or adjust your behavior to make yourself appear better on paper. Don’t do that. The whole point of this exercise is to understand precisely how you spend your time. Plus, you need a baseline of how you’re currently spending your time before you can alter it.

Very important: Leave no minute unaccounted for. Be an obsessive, note-taking little freak for the next seven days. Grab a notebook and track your time in two-, ten-, or thirty-minute increments—whatever helps you capture the most accurate snapshot. Include things like lunch breaks, text threads with family, eating hummus over the sink, walking the dog, watering the plants, going to the post office for stamps, grabbing a coffee around the corner, tweezing stray chin hairs.

I guarantee the benefit of seeing exactly where your time goes will far outweigh the effort. Most of us don’t realize how much time we fritter away on dumb shit that has no connection to our deepest values nor moves the needle ahead on our treasured dreams. What’s worse, modern environments are designed to distract us, fracture our time, and steal our attention.

Most of us don’t realize how much time we fritter away that has no connection to our deepest values nor moves the needle ahead on our treasured dreams.

The result we’re ultimately aiming for? Freeing up two hours a day. Before you throw this book against the wall or think, You’re out of your damn mind, Marie! I can’t find an extra two minutes, let alone two hours a day, stick with me and, at the very least, experiment. As you track your time, pay particular attention to our society’s biggest time sucks:

This last bullet deserves extra attention. Few of you can imagine a world without smartphones. We wake up with them. We take them to the bathroom. We go to bed with them. We have them at the dinner table. Billions of us are addicted to screens. If you haven’t noticed, technology now controls us more than we control it.

While everyone is unique in their tech usage, one recent study estimates Americans now spend nearly five hours a day on their phones.

That’s seventy-six days a year—roughly a third of our waking lives—glued to a glowing box!

It’s not by accident, it’s by design

This addiction to technology isn’t by accident, it’s by design. Devices are built to keep you hooked. Every color, sound, and feature is intentionally engineered to get you to spend more and more time on your screen.

Companies with billions of dollars employ some of the most intelligent, creative humans on the planet to mastermind new ways to lure us into spending our lives on their apps and in their platforms. Remember, stock prices rely on keeping engagement metrics high. Many tech companies’ survival is based on continuously inventing ways to capture an ever-growing share of your time and attention. If you think you’re a customer of these products and platforms, think again. Your time, attention, and data are their product.

Here’s how it works. Your brain interprets every text, alert, or like as a “reward,” which triggers a dopamine surge. Over time, those chemicals change how your mind functions, training you to need more and more “dopamine hits” from your devices. It’s a feedback loop that’s almost impossible to resist.

Your apps are playing games with you

The most addictive platforms get us hooked by exploiting five universal psychological vulnerabilities: the slot machine effect of getting intermittent, variable rewards (“Did I get a new email, text, or DM!?”); the need to be seen (“Notice me, acknowledge me, like me, love me!!”); the need to reciprocate (“I have to respond and say thanks— can’t seem rude!”); the fear of missing out (FOMO); and our most masochistic impulse—to constantly compare ourselves to others (what I call doing shots of Comparschläger*).

It doesn’t matter how many hours a day you meditate or how intellectually or spiritually superior you think you are, everyone is susceptible. Steve Jobs knew this all too well. That’s why he wouldn’t let his kids use iPads. When the tablet first hit the shelves in 2010, New York Times journalist Nick Bilton asked this of Mr. Jobs, “So, your kids must love the iPad?” “They haven’t used it,” he told Nick. “We limit how much technology our kids use at home.” Nick’s article went on to detail how a fair number of technocrats follow similar screen-limiting practices. Chris Anderson, the CEO of 3DR and former editor of Wired magazine, put stringent device rules in place for his family. “My kids accuse me and my wife of being fascists and overly concerned about tech, and they say that none of their friends have the same rules,” he said of his five children, aged six to seventeen. “That’s because we have seen the dangers of technology firsthand. I’ve seen it in myself, I don’t want to see that happen to my kids.”

It begs the question: If some of the world’s most powerful tech pioneers don’t allow unlimited screen time in their homes, why should we? I’m not demonizing our devices—I’m grateful for the countless benefits technology has brought to my life and to humanity—but appreciating the upside doesn’t negate the hazards. Most of us are grossly unaware of how much time we actually spend on our screens. Research shows that we’re likely to underestimate our phone usage by nearly 50 percent. According to psychologist Sally Andrews, a lecturer at Nottingham Trent University and the lead author of a smartphone study, “The fact that we use our phones twice as many times as we think we do indicates that a lot of smartphone use seems to be habitual, automatic behaviors that we have no awareness of.”

So, what do we do to fix this? Measure it.

When I started to become suspect of my own habits, I genuinely believed I was on my phone far less than I was. My wake-up call? A free app called Moment.* It tracks your phone and app usage and shows you exactly how much time you stare at your little addiction box each day. Prepare to be horrified.

Let’s say you’re a holdout and scoff at so-called smartphones. I respect that. But don’t think you’re off the hook. Nielsen shows that, on average, American adults are still watching some five hours of TV a day.

Even if you’ve sworn off all screens and tech and you’re living like it’s 1926, do the time-tracking exercise for the full seven days. Get curious about exactly what you do and how long it takes. Research has proven that roughly 40 percent of our daily activities are habitual. Which means we humans spend a significant portion of our existence on autopilot with no awareness of what the hell we’re doing when we’re doing it. Remember, your mission is to free up at least two hours a day.

Why two, you ask? First, because two hours a day is enough of a stretch that it forces you to challenge deeply held assumptions about how you’ve constructed your life. My hope is to inspire you to have some uncomfortable-yet-necessary conversations with yourself, family, friends, and coworkers. Whether it’s about finding ways to be more effective in less time, rebalancing responsibilities, or setting boundaries, use this as an opportunity to communicate what you need and enlist support.

Second, because the cumulative effect of spending two hours every day toward a meaningful goal will alter the trajectory of your life. Honestly, even if you don’t free up two hours but end up with one, that’s enormous progress. Over the course of a year, you’ll have created an additional two weeks of free time.*

Push yourself. If you don’t strive for two free hours a day, chances are you won’t even get one.

Excerpted from Everything is Figureoutable by Marie Forleo with permission of Portfolio, an imprint of Penguin Publishing Group, a division of Penguin Random House LLC. Copyright © Marie Forleo, 2019.