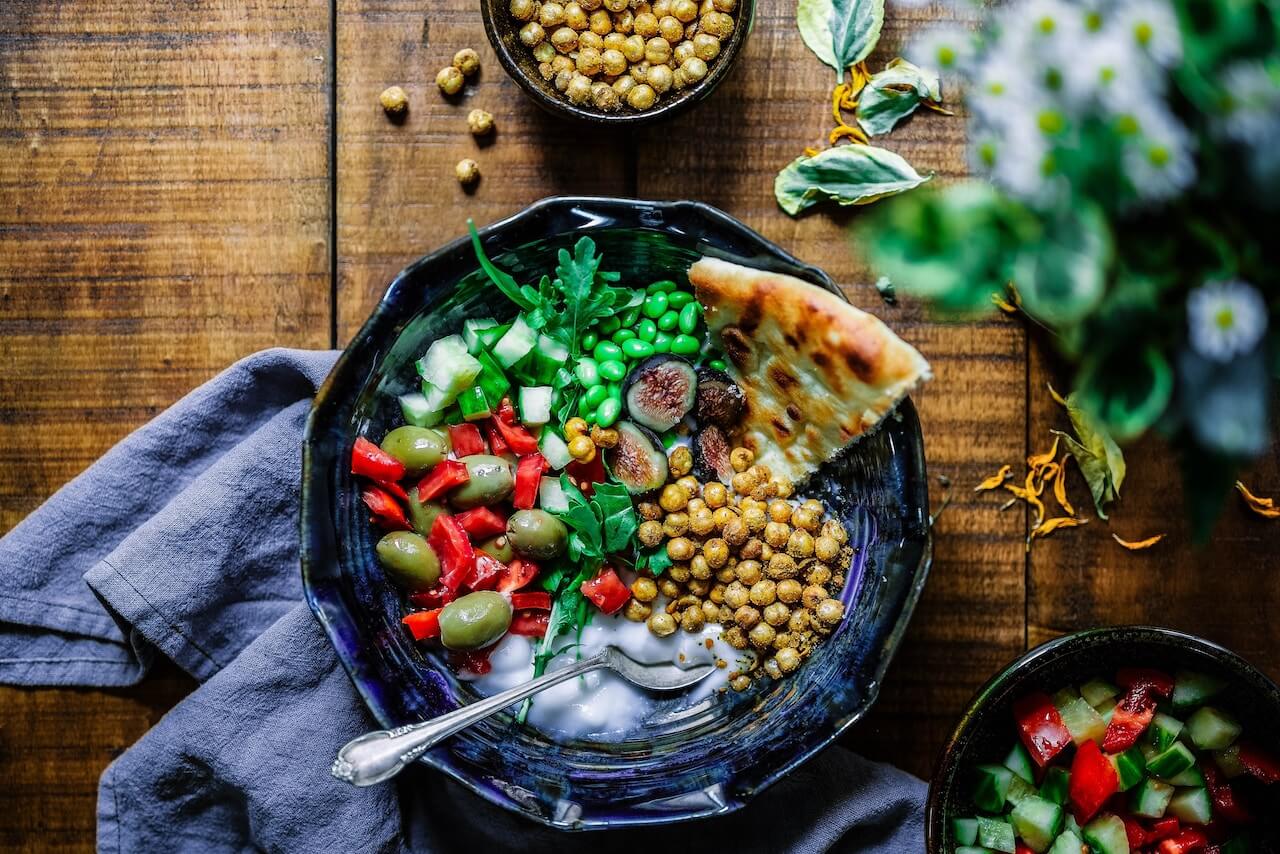 While there is no cure for Alzheimer’s disease, a dynamic husband and wife team on the cutting edge of brain science, Dr. Dean and Dr. Ayesha Sherzai, are combatting the disease with a comprehensive approach that includes prevention and treatment. Through their work as directors of the Alzheimer’s Prevention Program at Loma Linda University Medical Center and their previous roles as directors of the Brain Health and Alzheimer’s Prevention Program at Cedars-Sinai Medical Center, they are committed to finding cures for diseases that are currently deemed incurable and decoding the steps to achieve long-term brain health.

Blue Zones Founder Dan Buettner sat down with Drs. Sherzai to discuss the number one lifestyle change to make for better brain health, the best foods for longevity, and how to address Alzheimer’s prevention at a population health level.

Dan Buettner: The Alzheimer’s Solution is, in my book, the definitive book on dementia.  What percentage of dementia and Alzheimer’s is preventable?

Drs. Sherzai: Thank you, Dan. Your work has influenced the course of our career.

“If people truly live a healthy lifestyle, 90% should be able to avoid Alzheimer’s within their normal lifespan.”

We believe 90% of Alzheimer’s can be prevented through a healthy lifestyle. Despite the resistance towards lifestyle intervention as a tool for dementia prevention, the most recent consensus statement from Alzheimer’s Association is that 60% of Alzheimer’s can be prevented through a comprehensive lifestyle. This number is based on a recent study by Rush University and was highlighted in the media. But we think that they are still understating the influence lifestyle has on Alzheimer’s risk, because their idea of intensive/comprehensive intervention is a watered-down version of what we consider healthy. If people truly live a healthy lifestyle, 90% should be able to avoid Alzheimer’s within their normal lifespan.

DB: You guys have a neat acronym to sum up the solution.  Can you explain that briefly?

DS: The Acronym is NEURO.

N is for Nutrition, and data from many studies have repeatedly supported a whole-food, plant-based diet as being protective for brain health in general, and Alzheimer’s and stroke in particular.

E is for Exercise. There is plenty of evidence that exercise protects the brain against Alzheimer’s. In a recent study, it was demonstrated that an intensive aerobic exercise regimen reduced one’s risk of developing Alzheimer’s by as much as 40%. Another study showed that a 6-month structured resistance-training program reversed cognitive impairment among 47% of patients with the beginning stages of dementia, i.e. they had normal scores on cognitive testing after participating in the exercise program.

U is for Unwind. This entails not only reducing ‘bad’, uncontrolled stress but also increasing ‘good’ (purpose-driven) stress. The concept of good stress stems from the fact that challenging and complex cognitive activities grow the brain and provide resilience, which confers protection and even if the brain is riddled with disease.

R is for Restorative Sleep. 7-8 hours of deep, restorative sleep is critical for continued brain health – it’s the ultimate brain cleanse and it’s during the deep stages of sleep that memories are formed and consolidated. Dysfunctional sleep or sleep apnea can increase one’s risk of dementia by as much as 70%.

O is for Optimizing Cognitive and Social Activity. One of our research studies, a meta-analysis on brain activities and Mild Cognitive Impairment indicated that complexity is central for building brain capacity at any age, which means that you won’t find brain vitality in contrived games, but rather in a complex, real life, and most importantly, in purpose-driven activities such as learning a musical instrument, learning a new language, leading a project, volunteering, or even things like playing cards and games with friends.

DB: If you had to pick just one lifestyle change that would most protect us from dementia, what would it be?

DS: It depends on one’s needs. If one has a sleep disorder like sleep apnea, even the cleanest diet may be able to lower the risk to a certain extent, but may still be affected by the sleep apnea. The same is true for other factors. The ideal situation is one where all lifestyle factors are optimized. But if all the lifestyle factors are average, if we had to pick one to significantly boost, it would be nutrition. Studies have shown that an optimal diet can reduce one’s risk for Alzheimer’s by more than 50%. 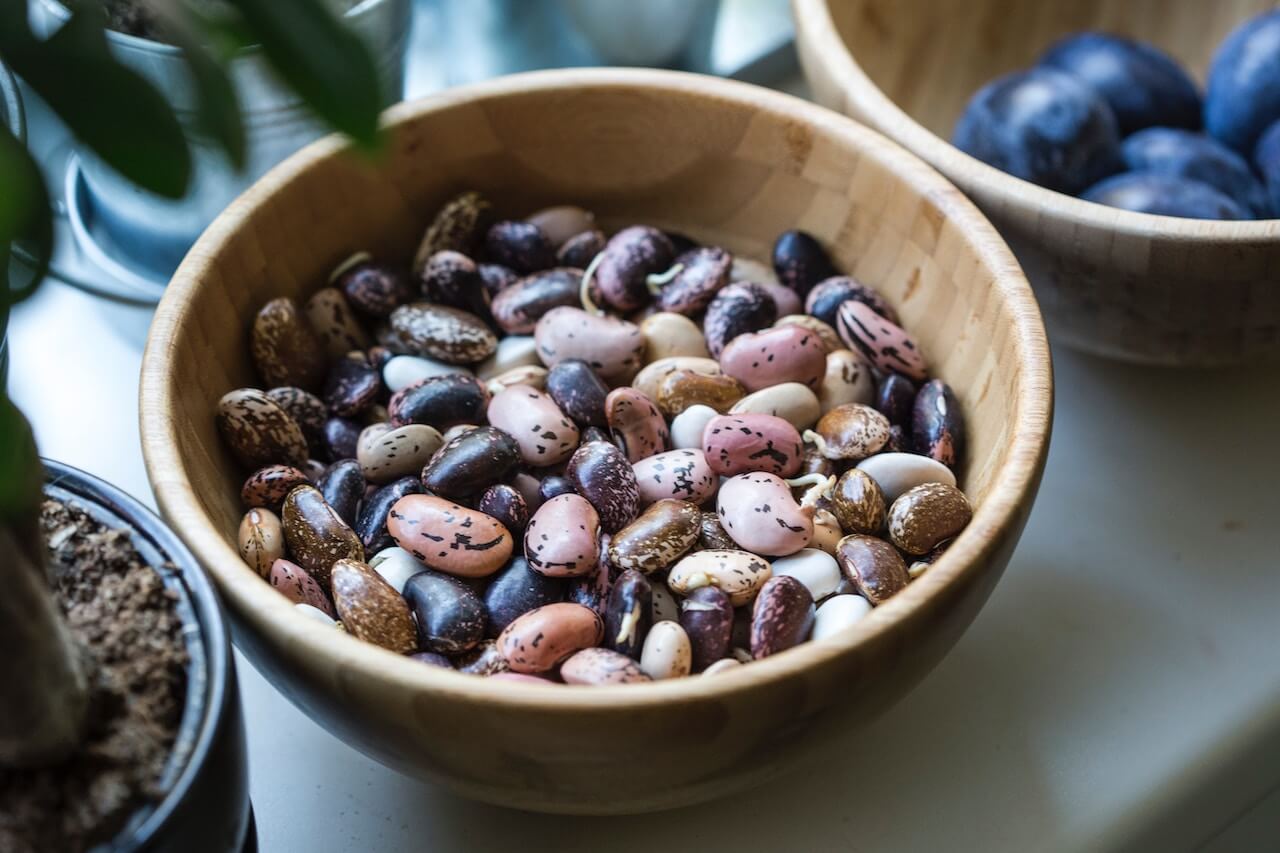 DB: You mentioned to me that a brisk walk might be better than running as a form of exercise, why is that?

DS: This is a bit controversial. The point of exercise is to get the heart rate up and strengthen the legs. These are two factors that have been correlated with better brain health. 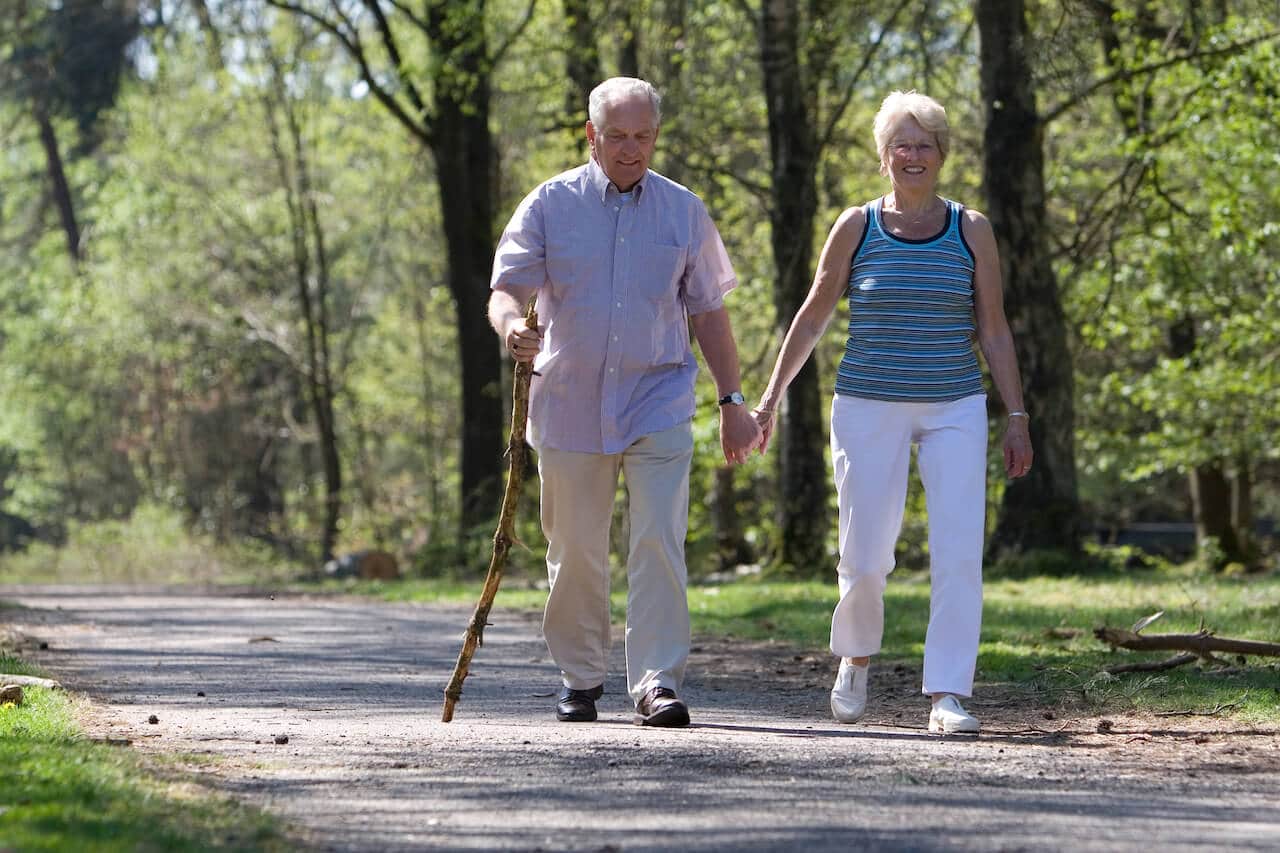 Running is an incredible aerobic exercise, but it’s a high impact type of exercise and could have a higher chance of trauma to the joints and even the brain in certain cases, while brisk walking is a little more gentle on your body, and perhaps accomplish a reduced risk in a more efficient manner.

DB: Loma Linda, California, is one of our blue zones. You’ve recently studied people who took part in a study for the incidence of dementia, compared to the rest of the population.  What did you find?

In our own cross-sectional clinical population of  > 3000 patients with dementia, we found that, in a population where nearly 50% are on a plant-based diet (vegan or vegetarian), the expectation was that at least 50% of the patients would have a lower risk for dementia. What we found was that only 19 out of the 3000 patients we evaluated consumed a plant-based diet. That is less than 1% of the cases. There is no way that any selection bias could account for this disparity, except for significantly lower rates of dementia in the plant-based community of Adventists in Loma Linda.

DB: You’re working in the Beach Cities, a Blue Zones Certified community, can you tell us about your project there?

DS: We are conducting a 3-year case-control study looking at the effect of lifestyle on cognitive aging in 1700 people. 500 of these individuals will be randomized into an intensive lifestyle intervention, which would include close follow up of factors such as nutrition, exercise, sleep, and cognitive activities. We are measuring cognitive function using a validated neuropsychological test at the beginning of the study and at the end of the study as the main outcome.

DB: If the United States was a monarchy and you were the emperor, what policies would you change that might have the biggest effect at lower dementia for a population?

DS: Public health has always been about access to accurate information, access to resources, and access to the environment that makes the behavior more likely. If we ever had that much power, we would first make it easier for people to have access to fresh produce. There would be fresh fruits and vegetables, nuts and seeds in every gas station and local stores. We would even subsidize healthy, unprocessed plant-based foods. We would make the community walk/bike-friendly and have more resources available for people to exercise and move naturally. We would invest in more mental health counselors for all community members. We would also raise awareness about community gatherings that made socialization and group projects more likely. There would be more senior community classes for different subjects like music, art, writing, and provide many volunteering opportunities for the elderly.

“We would first make it easier for people to have access to fresh produce. There would be fresh fruits and vegetables, nuts and seeds in every gas station and local stores.”

DB: What is the best mental activity to keep our brains sharp? 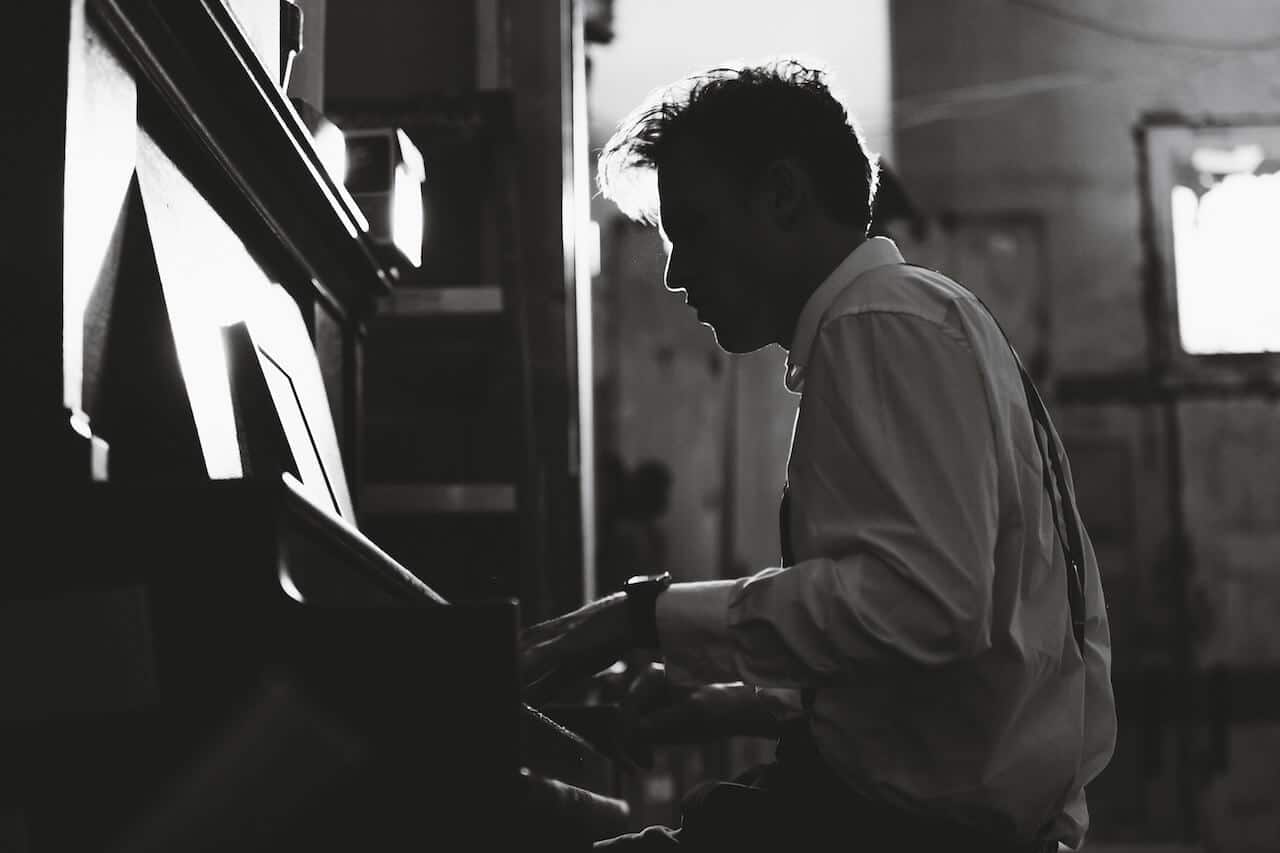 DS: Any complex behavior like playing a musical instrument, writing a book, leading a group project, learning a new language, and other real-life complex and challenging activities. But what is most important is that whichever complex activity one picks has to be around one’s passion, because that is what determines ultimate brain growth. The concept of ‘idea-density’ confers great protection – any activity that brings about the greatest creativity challenges our brain to a great extent.

DB: What is the one best food to protect our brains? 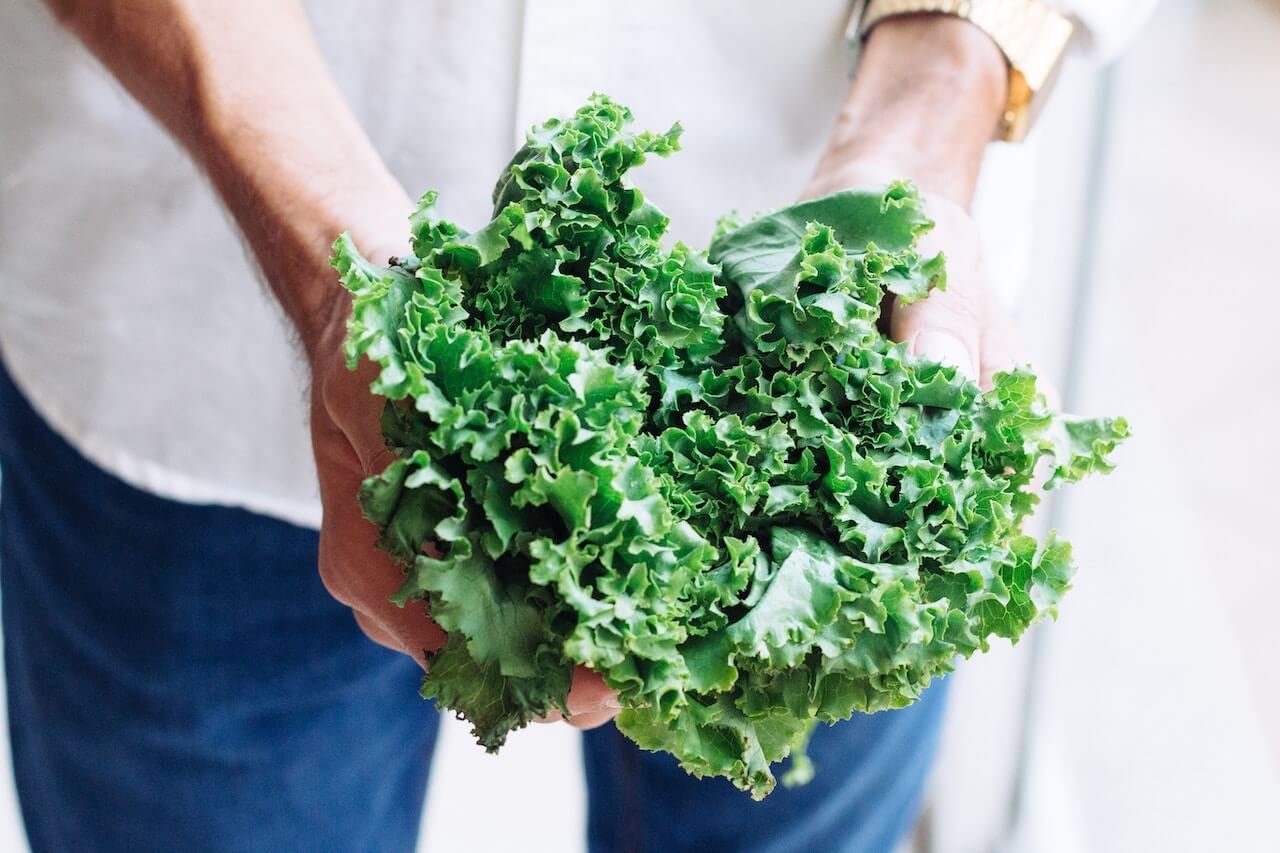 DS: There is more than one food that is best for the brain, but if we had to pick one, it would be greens. It’s so incredibly nutritious that it can even blunt the effect of terrible foods like bacon and donuts. A close second would be beans because it not only are they a great source of clean protein and complex carbohydrates, but the resistant starches regulate blood sugar and the fiber can help reduce cholesterol – two very important functions for brain health.