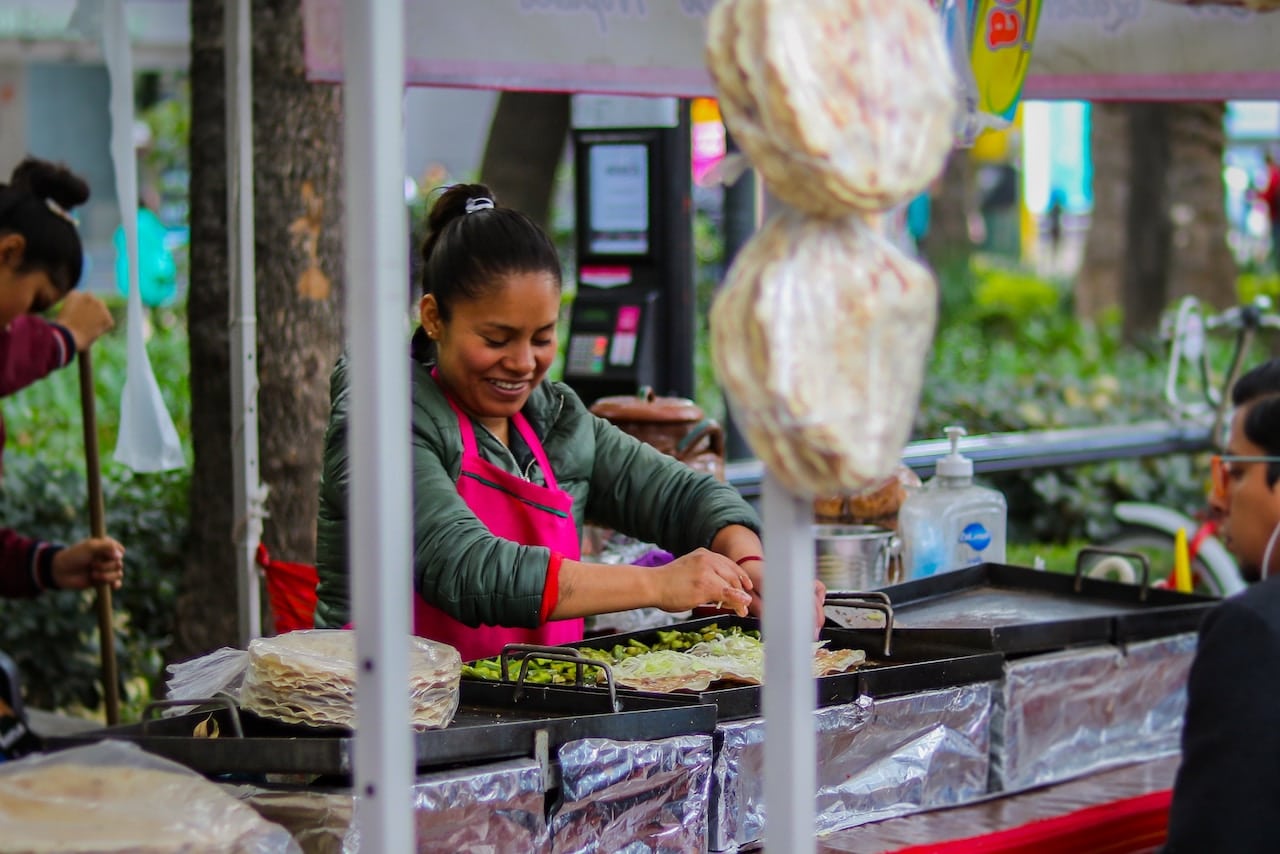 Native-born Americans who live in Los Angeles County neighborhoods with a higher proportion of immigrants tend to eat less fast food and more fruits and vegetables than those who live in local neighborhoods with a lower proportion of immigrants, new research finds. They also have lower body mass indices and rates of hypertension.

The study, forthcoming in Preventive Medicine, builds on scholarship on what researchers call the “healthy immigrant effect,” a term used to describe the tendency for U.S. immigrants to have better health than native-born peers of comparable socioeconomic status.

Other research finds that native-born Americans who live in neighborhoods with a higher proportion of immigrants tend to live longer.

What if these effects stem from a neighborhood’s food options? That’s what the authors of this forthcoming paper explore.

They hypothesize that eating habits—which, inevitably, are linked to the food choices available nearby—might explain the better health of immigrants and native-born Americans who live in immigrant-dense neighborhoods.

Why do Native-Born Americans Have Better Health if They Live in Immigrant-Dense Neighborhoods?

The authors analyzed data from the Los Angeles County Health Survey with a focus on two specific health behaviors—eating at fast-food restaurants more than once a week and eating five or more servings of fruit and vegetables daily. For the purposes of the survey, an apple is used as a reference point for a serving of fruit, and a handful of broccoli or a cup of cut carrots are used as references for a serving of vegetables. The researchers analyzed 4,244 responses from both immigrants and native-born Americans regarding fast-food consumption. They analyzed 9,166 responses to the fruit-and-vegetable-intake question.

The researchers looked at the links between neighborhood immigrant density, which they measured as the percentage of neighborhood residents born outside the U.S., and these behaviors and outcomes. The researchers also controlled for other variables that might otherwise influence the behaviors and outcomes, such as socioeconomic status, race, ethnicity and educational attainment.

For example, native-born Americans in neighborhoods with high immigrant density had 67% lower odds of regularly eating fast food; 64% higher odds of eating the U.S. Centers for Disease Control and Prevention recommended daily intake of fruit and vegetables; and 42% lower odds of having hypertension.

Lead author Lu Shi, an associate professor in the department of public health sciences at Clemson University, thinks the behaviors and outcomes are linked. He suggests the healthy outcomes might stem from the availability of healthy, inexpensive food in the neighborhood.

“In places with a high density of immigrants, whether it’s Latino immigrants or Asian immigrants, their native-born neighbors also go shopping a lot in those ethnic grocery stores, like those Mexican supermarkets or Chinese supermarkets,” Shi explains. “They buy fruits and vegetables at significantly lower prices than they would get at places like Walmart or Trader Joe’s.”

As for the tendency for native-born Americans to eat less fast food in neighborhoods with more immigrants, Shi notes that there is more food diversity in high-immigrant areas. Fast-food chains have more local competition in neighborhoods with ethnic food outlets, he notes. If given the choice, some people might be inclined to choose the latter.

[RELATED: Foodscape 101—How Our Food Environments Make Us Bigger and Sicker]

This could also explain the better health outcomes — think the documented health benefits of a Mediterranean diet — but Shi notes that it’s not clear whether eating at ethnic food outlets is the factor that explains why native-born Americans in immigrant-dense neighborhoods are healthier. He notes that not all ethnic restaurants serve food that’s comparatively healthier than fast food.

“We need to be a little careful,” he notes. “Ethnic food outlets, like the Mexican lunch truck, the Chinese barbecue that you see on New York streets, those are not necessarily healthier than McDonald’s, KFC.”

Shi notes “contagious” social norms might also factor into why native-born Americans in Los Angeles neighborhoods with a high density of immigrants are healthier. He points out, for example, that Latina women have, on average, low rates of smoking, and the social norm of not smoking might then influence the behaviors of native-born peers.

“These findings can enrich our understanding of what do immigrants bring [to the U.S.]?” Shi says. “They might bring some spillover health benefits to their American neighbors. So I think that knowing that may enrich our discussion about immigration policy.”

“They might bring some spillover health benefits to their American neighbors. So I think that knowing that may enrich our discussion about immigration policy.”

Chloe Reichel is a research reporter at Journalist’s Resource. Her work has also appeared in Vineyard Gazette, Cambridge Day, and Harvard Magazine.

This article first appeared on Journalist’s Resource,
a publication of Harvard’s Shorenstein Center on Media, Politics and Public Policy.