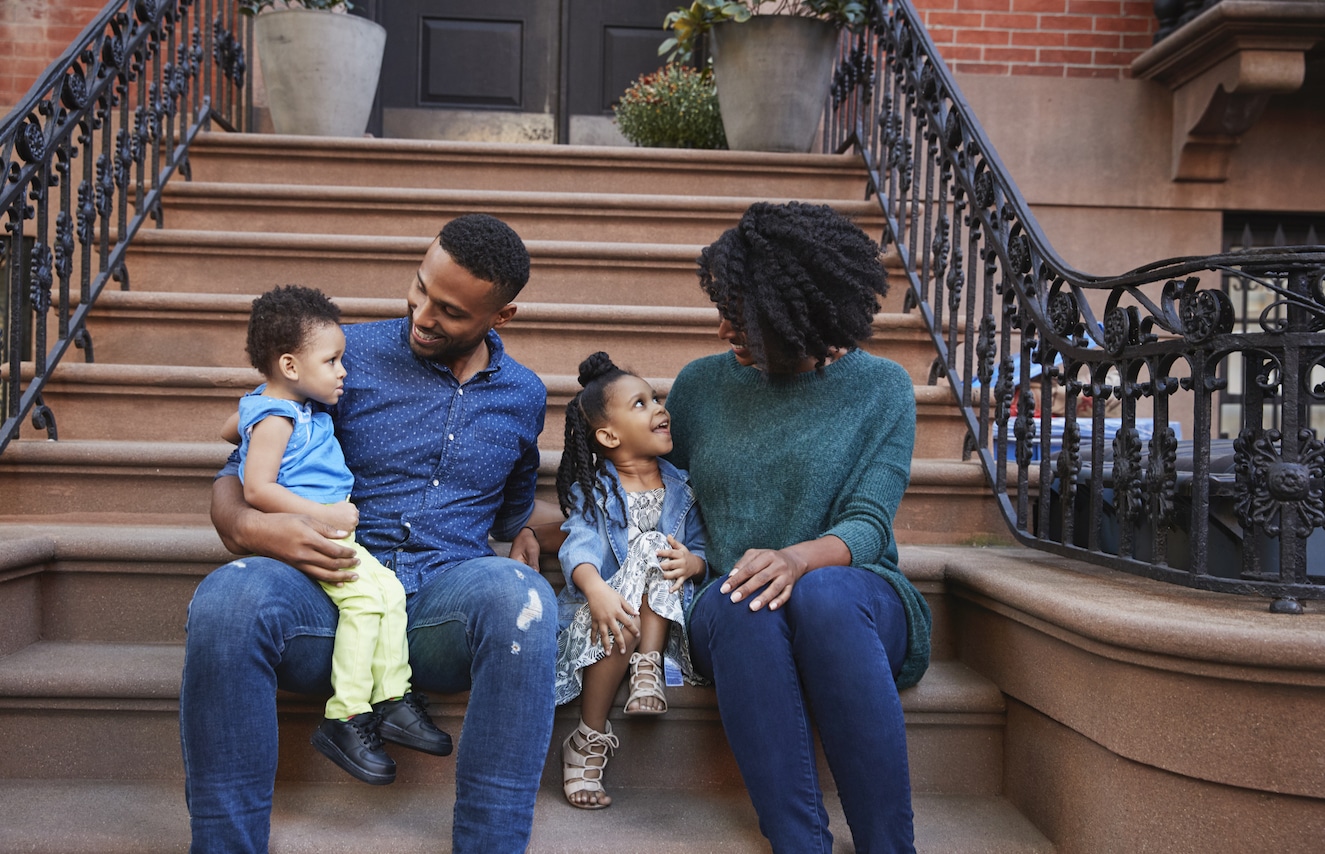 The false duality between dense public spaces and isolated private ones misses the complexity of all the diverse—and relatively safe—urban places in between.

One of the long-term dangers of the coronavirus pandemic is that it may well exacerbate the worst tendencies of modern sprawl: all of the encapsulated, sedentary, car-dependent habits that have left us increasingly isolated and less healthy. One of the great opportunities of this episode, however, is that after the immediate crisis passes, this “teachable moment” may prompt us to re-examine our simplistic assumptions about public space, and the choices it affords us for public life.

We often talk about “public space” as if it were just one thing, contrasted with “private space,” another kind of thing. We might think of the former as a bustling square or jam-packed street, while the latter is a secluded living room, perhaps. But this simplistic duality misses the dizzying complexity and variety of the spaces that often occur between these two extremes, notably so in the richest urban environments.

It also misses the remarkable capacity of these spaces to interconnect with one another, and to connect private realms more powerfully to public ones. As our work at the Centre for the Future of Places in Stockholm has convinced us, this web-network of spaces forms an important kind of “connective tissue” that offers impressive capacities for adjustment, adaptation, and urban self-organization. In fact, this connective web of more or less public spaces seems to play a central role in generating many of the essential social and economic benefits we get from built environments—not only big cities, but smaller cities and towns too. 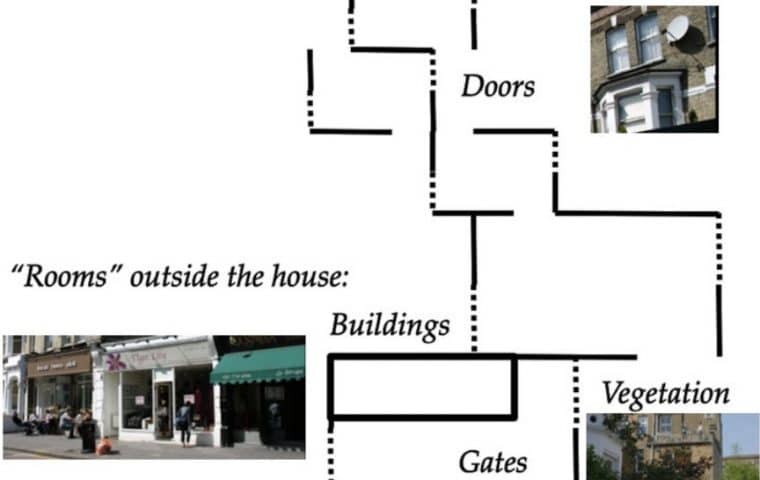 We think of “rooms” as being only private structures, but in fact, there are room-like places within public space too (e.g. “urban rooms”). Moreover, there is a complex network of room-like spaces in the connected system of transitional spaces between the most public and most private realms. Like ordinary rooms, these spaces offer us membrane-like edges or “walls” that restrict movement, sound or sight, and gateways or “doors” that admit these interactions, but under some degree of user control. I have referred to this complex system as a “place network”—and the best urban places offer them in abundance.

Take, for example, the lowly American front porch—sometimes maligned by modernists as an obsolete relic of a less politically enlightened age. Looked at more structurally, however, a porch can be seen as a marvel of sophisticated spatial relationships. It works as a central connective element of a larger web-network of zones, from the most public  (street, sidewalk, stoop) to the most private (living, bedroom), affording remarkable choices for users to “dial in” their degree of contact with others within the larger public realm.

The 'lowly' porch is actually a sophisticated kind of space connecting a web-network of zones from the most public street areas to the most private interior rooms. Click To Tweet

That capacity is on particular display during the coronavirus pandemic, as “social distancing” requires just the kind of physical separation that is afforded by structures like porches. We can continue to interact with others, maintaining an important degree of “social solidarity,” but we can also continue to maintain separation to the degree considered safe and appropriate—“sociable distancing,” perhaps.

This degree of user control provides a paradoxical benefit, as the research suggests. It tends to encourage social interaction, by giving users more confidence to interact with others at the level desired, instead of offering only the binary choice of full exposure or full retreat into seclusion. The cause of the retreat might be a coronavirus pandemic, or it might be a simple preference for a more comfortable level of interaction.

[Editor’s Note: Research shows us that the happiest Americans interact socially six hours of every day. If you’re facing the street when you’re relaxing instead of looking into the backyard, you’re more likely to see your friends and say hello to passing strangers. In his research outlined in the book Blue Zones of Happiness, Dan Buettner recommends: “As much as possible, spend free time on a front porch or in some other setting where you are more likely to see neighbors and say hello.”] 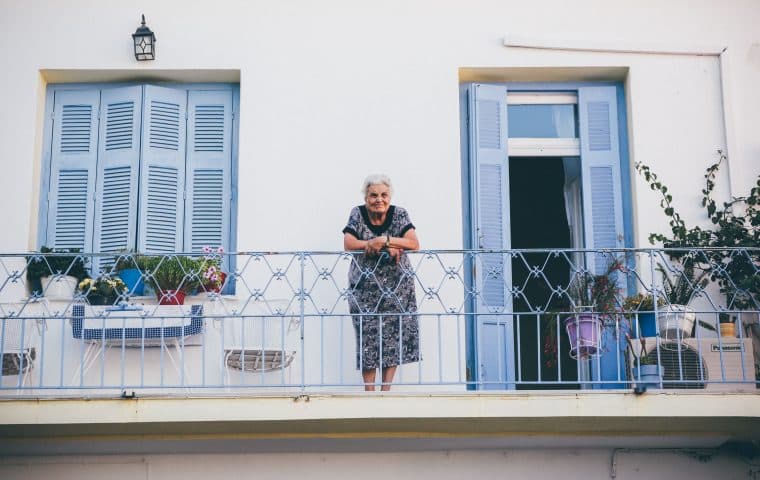 Of course, different people have different levels of comfortable public interaction, and that can vary in the course of a day or a lifetime.  A single person in their 20s may seek maximum interaction most times of day, while a couple in their 40s might prefer more seclusion.  If the only choice a building offers is one of two extremes—minimum or maximum public interaction—then it seems that many users will more often flee to the private realm.  If a building offers a choice of different degrees of interactions and exposures—offered by, say, a living room, a porch, a stoop, the sidewalk, etc.—then evidence shows that people become more comfortable interacting within the public realm. This seems to be the reason that porches are such effective devices for promoting sociability. (In fact, I have seen anecdotal evidence that many more people are now out on their porches and stoops during the crisis, as they crave more social interaction with neighbors.) 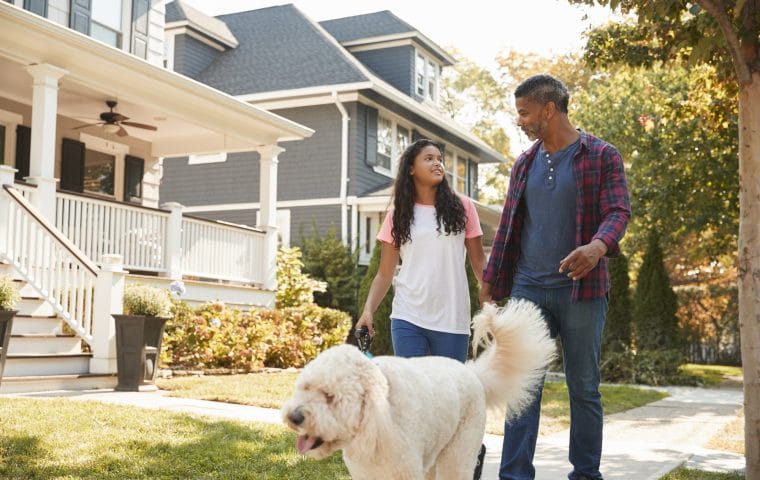 “people want to be close to shops and services, for excitement and convenience. And they want to be away from services, for quiet and green. The exact balance of these two desires varies from person to person … ”

In other words, one size does not fit all—and that is true for public spaces as much as for other kinds of urban spaces. Just as we need “polycentric regions,” with a range of centers and densities, we also need “polycentric public spaces,” with a range of sizes, intensities, and exposures. And that includes semi-public and semi-private spaces too.

Unfortunately, there has been too much focus on “one size fitting all”—namely, dense urban cores and their public spaces. The reason for this over-focus is understandable. Dense city cores do provide so-called “agglomeration benefits” for those who live there, especially so in a knowledge economy. But as I have written previously, while cities do generate powerful benefits from concentrations of talent, they also do so by “spreading it around” – and we need to strike a balance between the two extremes. If we don’t, evidence shows that we are only likely to fuel the spiral of rising costs, gentrification, displacement and other ills—and leave ourselves less resilient in the face of coming challenges like the coronavirus pandemic.

Urban resilience, we’re learning, is not about isolation or escape or “target hardening”—it’s about being able to adapt and respond to new challenges in effective ways. The best way to do that is to assure that we’re connected with one another, in a way that maximizes our ability to learn and respond.  As the sociologist Eric Klinenberg has written, crises like the 1995 Chicago heat wave, which killed over 700, demonstrate the life-saving value of what he calls “social infrastructure”—and the physical infrastructure that supports it. “The key difference between neighborhoods like Auburn Gresham [where few died] and others that are demographically similar turned out to be the sidewalks, stores, restaurants, and community organizations that bring people into contact with friends and neighbors,” he wrote.

A crucial way for urban environments to promote this social connectivity is to provide the capacity for users to make adaptive changes to their own environments. Again, a porch allows users to “dial in” their level of comfortable interaction, and maintain contact even when some distancing is appropriate (as now). Doors and windows also provide more straightforward control—we can close a door, open a window, draw a blind, or take other measures to modulate the “membranes” that both connect and separate us. Outside of our buildings, the same kinds of membranes are at play: gates, fences, hedges, steps, ledges, and other boundaries and portals. 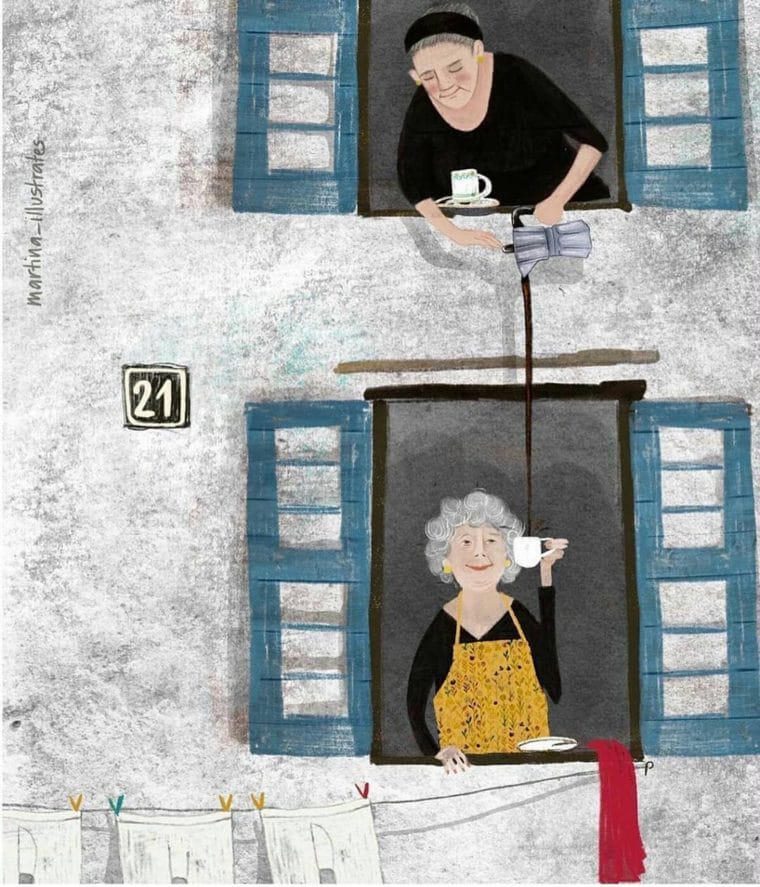 These “place networks” can shift radically over time too. In the example of the London street, the café has sidewalk seating that also creates a kind of tacit boundary. There is no wall, but if you sat in one of the chairs, a restaurant employee would try to take your order, or perhaps politely ask you to leave. Yet the employee doesn’t own the street – and doesn’t even own the restaurant! The rules and agreements that provide the governance over the use of these spaces are complex and often tacit. (The rules I employ as to who may come onto my porch might also shift depending on many circumstances.) This overlapping set of rules and agreements illustrate what Elinor Ostrom referred to as “polycentric governance.”

Nor do these place networks stay the same over larger periods of time. I went back to the same London street some five years later, and the transformation was remarkable. Not only were there new businesses with new signage and paint, but there were entirely new configurations of the place network. Gone was the sidewalk café (perhaps for seasonal reasons, perhaps for others) but present instead were new delineations of places—fences around upper-level terraces overlooking the street, planters delineating an entry stoop to a business, and so on.

It seems that this mutability, this capacity for gradual urban self-organization, is key to many of the characteristics we most need and cherish in cities. It can be observed over larger spans of time too, in many cities and towns. The figure below shows, on the left, an early cadastral plan of a section of Venice prior to construction, and in the middle, the same section after about a century of development. The plan on the left looks quite boring and straightforward, while the later plan begins to show the spatial intricacy and “place networks” that characterize the familiar city of today (right). It seems that, through this long complex evolution of refinement, adaptation and self-organization, the city generated so many of the marvelous characteristics we need and love.

It seems more than ever that we must learn how these processes work, and put them to work for our challenges today.  At stake seems to be our urban vitality, our sustainability, and at times, even our life and death.

Michael Mehaffy, Ph.D. is an urban designer, consultant, researcher, educator, and Executive Director of International Making Cities Livable based in Oregon. He is also Senior Researcher at the Centre for the Future of Places, based at KTH Royal Institute of Technology in Stockholm.