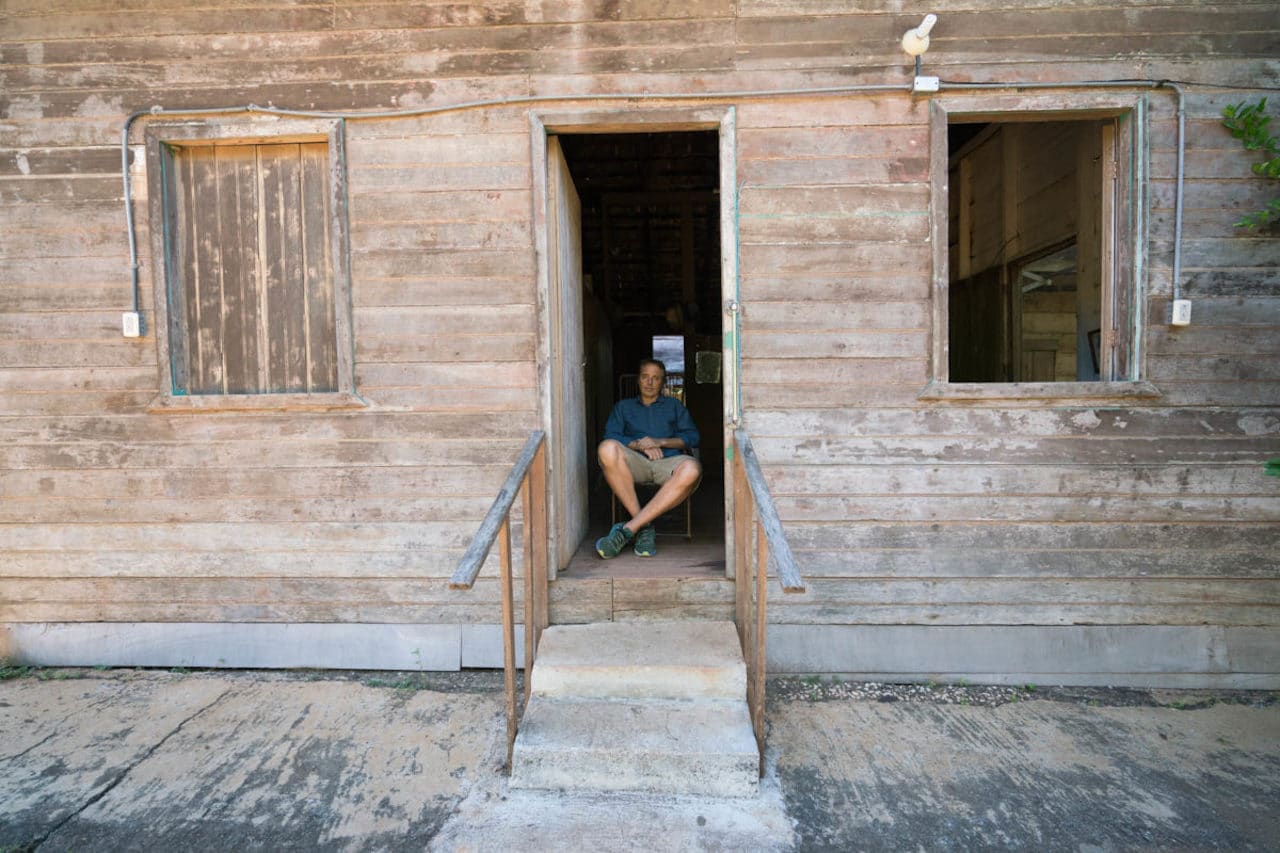 By Mark McDermott, Journalist and Editor of Easy Reader News

National Geographic explorer Dan Buettner has spent the last 20 years researching the places in the world where people live the longest and experience the most happiness.

The United States of America is neither.

Americans’ lifespans are on average four years less than countries with comparable wealth, 78 years compared to 82 (the Japanese, at 84, live the longest). After three straight years of decline, Americans now have the lowest life expectancy at birth among all large and wealthy countries. The U.S. has likewise experienced three straight years of decline in reported levels of happiness and is now the unhappiest it has been since Gallup began compiling its World Happiness Report in 2012.

“By most accounts, Americans should be happier now than ever,” wrote Jean M. Twenge, one of the report’s co-authors. “The violent crime rate is low, as is the unemployment rate. Income per capita has steadily grown over the last few decades.”

Buettner believes that the forced slowdown Americans are currently experiencing as a result of the novel coronavirus pandemic is an opportunity to get at the root of both of these problems. He notes that in written Chinese, the character for crisis is a roughly an amalgam of hardship + opportunity. Good things, in other words, come from bad.

“That’s the silver lining in all of this,” Buettner said in an interview last week. “To a certain extent, Blue Zones has been about this from the beginning — that we are running faster and harder for this marketed illusion of happiness that lays on an ever-receding horizon. You know, at a certain point, everybody is just exhausted. Happiness has dropped substantially in the last three years. Meanwhile, the stock market [was] at record highs. If affluence is not making us happier, it’s time to look elsewhere, and I think this whole forced pause button that we are all on —  of course people are going to lose their jobs and it’s going to hurt, people are going to lose their loved one, and that’s a tragedy —  people are being forced to reboot their lives. Change is always difficult, but at the same time there is an opportunity to take stock in our lives.”

Change is always difficult, but at the same time there is an opportunity to take stock in our lives. — Dan Buettner Click To Tweet

The Blue Zones are the areas in the world in which demographers have identified the longest-living and healthiest populations. These people not only experience greater longevity but also good health well into advanced old age. Buettner studied those areas — Ikaria, Greece; Sardinia, Italy; Okinawa, Japan; the Nicoya Peninsula in Costa Rica; and the Seventh Day Adventist community in Loma Linda, California — and derived lessons to apply to populations throughout the United States through Blue Zones Projects. The Beach Cities, where Blue Zones is now administered through the Beach Cities Health District, was the second such project in the United States.

Buettner has since been involved in cities and states throughout the nation and, in turning his attention to their state of ill-health, has come to believe that massive changes are needed in the way most Americans live. Out of this tragedy, he hopes that positive change will emerge.

“Like most hardships, it will materialize as a blessing in the rearview mirror,” Buettner said in a recent podcast interview. “I work with 51 cities throughout America and am of the firm belief that Americans are too busy working, mostly to buy things they really don’t need and chasing a fairy tale of a happier tomorrow. This implosion will force people to slow down, focus on their families and take stock in their lives. This crisis will give a chance to reboot.”

“We spend most of our waking life at our work, and if we don’t like it, that’s a big problem,” Buettner said. “COVID is handing us, on a silver platter, an opportunity to reassess.”

Buettner said that even before the pandemic the United States was experiencing an epidemic, what he described as “our chronic disease crisis”: 71 percent of Americans are obese or overweight, creating health problems that explain 85 percent of the annual $3.7 trillion national health care bill. All this is driven by what Buettner calls “our toxic food environment” in which fast food and processed foods are the main features.

The pandemic has the potential to alter this environment.

“Nobody likes to look the beast in the eye, but the beast that is making us an unhealthy country is largely our food environment. It’s the glut of cheap calories served up with sugar and sodium and fat; if you look at the data, every time an American goes out to eat, he or she consumes about 300 calories more than if they just stayed home and cooked. And those calories are less healthy — they tend to be more sodium-laden and more sugar-laden than in an environment where you can control your ingredients. So in a bizarre sort of way, this forced quarantine and all this time we suddenly have to cook with our family…I don’t know if most Americans will realize it, but that’s an enormous opportunity to make our families healthier and to add good years to our lives.”

Buettner disputes the notion that anybody lacks the time to cook, even in normal, busy, workaday times.

“Everybody has some time to cook,” he said. “I did the math on it. If you are eating a standard American diet, and you are an adult, it’s probably shaving about six years off your life expectancy…So if you take those six years — of good life by the way — and average them back into the rest of your life, every man woman and child in American would have an extra two to three hours a day to cook. People say they don’t have time to cook. Actually, you don’t have time to not cook.”

The key to getting healthier, Buettner said, is first and foremost cooking, and learning how to do so using plant-based foods. People in all the blue zones live on 90 to 95 percent plant-based diets. What meat they consume tends to be in small portions and on special occasions. One of Buettner’s key insights in applying Blue Zones lessons is that healthy behavior happens not when we focus on changing behavior, but when the environment in which we live makes healthier choices easier to make.

He recommends some kitchen equipment to help more easily convert to a more plant-based diet: an Instant Pot pressure cooker and/or a crockpot.

“I think every American reading this right now, if you are smart enough to pick up the Easy Reader, you can afford also to buy an Instant Pot,” he said. “With an Instant Pot you can make a scrumptious pot of minestrone, or plant-based chili, or Ikarian longevity stew, or a big pot of beans, in 20 minutes. And I’m not preaching anything I don’t do myself on a daily basis. I can afford to eat out, but I get enormous joy from getting good at cooking a few well-executed recipes that I know are really good for me and my family.”

One of the other key components to longevity in the blue zones is social connectedness: people who live in a community live longer, better lives. This aspect of the pandemic has perhaps been the most surprising to Buettner, who has been in lockdown with his partner, writer Kathy Freston, in southern Florida, a burgeoning Blue Zones Project area. Buettner is originally from Minnesota, where his parents still live. He and his family talk on FaceTime every night at 7 p.m.

“It’s only 15 or 20 minutes a night, but every night we have a family conversation,” he said. “My three brothers and my parents — it’s like sitting around the kitchen table 40 years ago, every day. Which we never did, because we were all too damned busy.”

Buettner also plays cards one night a week, via Zoom, with friends from Texas, Whole Foods CEO John Mackey “and his crew.”

“I’ve had a real epiphany,” Buettner said. “I’ve kind of badmouthed electronic communications because I just don’t think as a rule they are as high quality as face to face. But I’ve had a sea change here. I think the difference is that we have more time and we also have a little bit of quarantine loneliness that opens our hearts and our calendars to reach out to people, and do so in creative and connecting ways. I love this idea of these Zoom happy hours. We had two couples in New York whom we maybe see once every one or two years. We had a great connecting hour long happy hour with them that was as satisfying as sitting around a bar stool with or sitting at a bar table. But like all social interaction, it requires an effort, it requires a little going out on a limb, getting out of a comfort zone a little bit. But it’s a lot easier to do on Zoom than getting in the car.”

The result has been an unexpectedly increased feeling of social closeness during a time of social distancing.

“In my pre-Corona life, I was so busy working and pinballing around the country with obligations that I had little time to nurture relationships to the level that’s required for them to grow,” Buettner wrote in a social media post. “In lockdown, I have plenty of time for long, languorous conversations with old friends and with people who can use the connection.”

Three Things to Do While in Lockdown

Dan Buettner offered three suggestions to utilize staying at home to emerge after the pandemic happier and healthier.

“I can’t think of another reboot as traumatic as this one, and out of trauma, a lot of us might be snapped awake to live a more fulfilling life,” Buettner said. “Here’s my three assignments for everybody in quarantine right now.”

“Number one, get some plant-based cookbooks, and during the rest of the time we are locked down, try five whole food plant-based meals. I guarantee out of those five you are going to like two or three of them and they are going to become part of your permanent repertoire.”

2. Put Your Passions to Work

“Number two, sit down with just a piece of paper or an empty computer screen and make four columns. The first column is ‘What I like to do’, the second column is, ‘What I’m good at’, the third column is ‘What my values are’, and the fourth column is ‘My gift.’ Fill the first three columns first. I’d like to see ten short phrases, could be just a word, in each of those, and as you scan across the other three columns, find out where the commonalities are, and then start to populate that fourth column where you can put your passions to work.”

“I’m not telling people they are going to quit their job or necessarily even change fields, but we have a chance now to really get clear on our passions and our purpose. When we get sprung free, at least know what your passions are, and maybe you’ll be ready to act on them. You’ll be more ready to act on them when we are sprung free from COVID than arguably any time in your adult life.”

3. Call Somebody You Love

“Number three, reach out to somebody who has helped you get where you are, and force yourself to do a couple of phone calls, or a couple FaceTimes or Zooms during this period. Do one or two, and if you like them, do one or two a week. If you are like me, you’ll find that a very satisfying experience.”

This article was adapted from the original published on Easy Reader News.