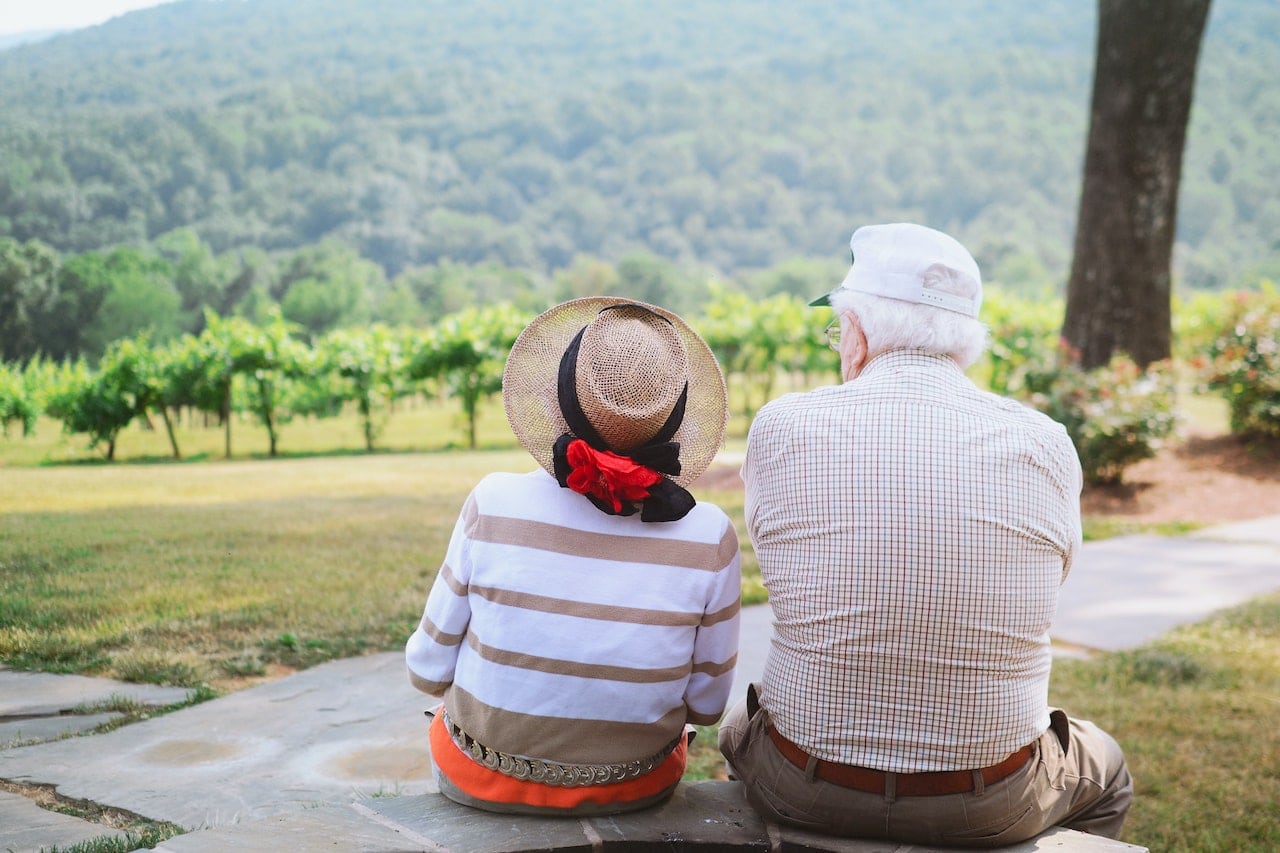 Remar Sutton’s bio reads like a novel: He staged the first American football game in Europe, wrote a book about his quest to become a “hunk,” and spent many years traveling the world to investigate health claims, including trekking with the original Blue Zones expedition team to identify the world’s longest-lived cultures. He’s an author, businessperson, Chairman of Trustees at the Hearst Castle Preservation Foundation, Director of the National Monuments Foundation, an international Blue Zones speaker, and former Washington Post columnist whose work was syndicated in top newspapers around the country, including the Los Angeles Times, The Dallas Times Herald, and The Miami Herald. He co-founded a groundbreaking financial literacy foundation, FoolProof Foundation, to help consumers of all ages learn valuable financial self-defense skills, was founder of the Privacy Rights Now Coalition and the Consumer Task Force for Automotive Issues, and is an authority on consumer advocacy, health scams, and fraud.

Remar Sutton’s enthusiasm for life comes through in his voice when you speak to him or sit in the audience at one of his talks. And why not? He’s not only led an extraordinarily interesting life, but he continues to do so at age 79. His mission these days is to help others make the most of the rest of their lives, no matter how long they have. He’s passionate about that.

We sat down one-on-one with Sutton recently to learn more about his passion for Blue Zones, his friendship with Dan, his views on aging, and on the upside-down world we all live in now.

In many of your interviews and appearances you talk about the power of small changes, can you explain that more?

I wrote a book back in the 80s called Body Worry. I was about 40 and I looked at why diets don’t work. And I came up with a whole philosophy based on moderating up the good things we do and moderating down the bad things. I had fun with Body Worry because I decided I wanted to become a hunk. Every guy should want that once in their life. But the real research I did proved that the only thing that works is when we make modest changes in our lives. And this, of course, is at the core of Blue Zones. So, I’ve had an interest in moderation for a long time.

Why are those last 10 years so challenging for many people and can small changes really make a difference? 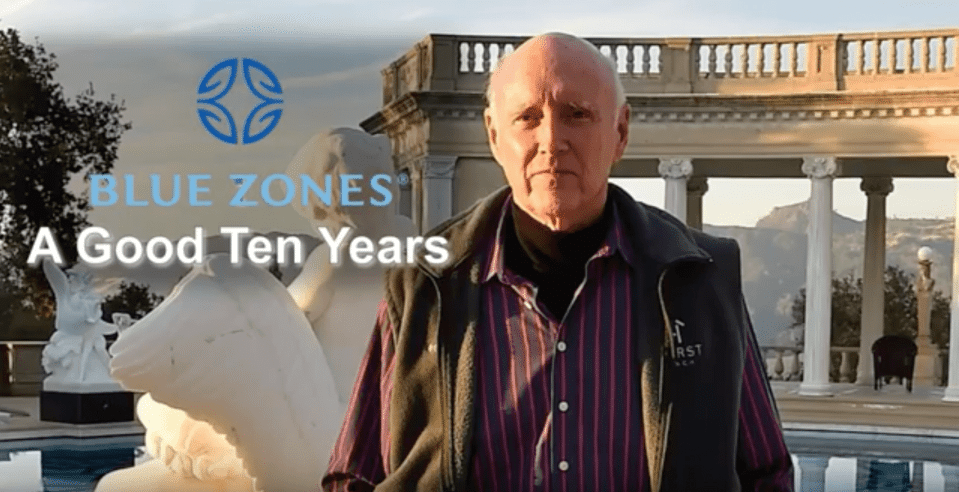 Most of us have done all of the big achievements we’re going to do in our lives. We’ve done the major work we have to do. As we get older, we face a lot of things. Number one, most of us are alone more. We’ve lost a lot of people we love. We also don’t have the physical ability we used to, but if we can find what makes us happy, we still can make changes in our habits that make us feel good. It may be as simple as choosing to snack on an apple instead of junk food that day. Even without the health benefit, just making that decision makes you feel better. I was speaking in Kentucky last fall and I talked a lot about what you feel when you get up in the morning aside from the aches and pains, and what will make you feel satisfied. For some people, it’s just to read a book. For most people, it is to feel valuable in some way.

Why is being happy important?

To be happy, you have to be looking forward to something. I don’t think happiness is always tied to health. I’ve known a lot of unhappy healthy people, and a lot of very happy people on the verge of leaving us. I’ve found that the people that come to my talks are people who are looking for a way to be happier people. And that is why they’re interested in Blue Zones — not to just be healthier. If you really look at all the blue zones, what they found is that the things the people there have in common is a desire to have a reason to wake up. None of the blue zones’ people were doing the things they did to be healthier. They were eating the foods they ate because they could not afford to eat more meat, or they didn’t have chef’s foods. They weren’t doing an exercise program. They were living. They were walking and doing. Their lives involve natural movement and interaction. And they place more value on relationships with the people around them.

How are you coping with aging yourself, especially in this age of social distancing?

I think it all comes back to what we feel about ourselves on any particular day. I am 79. I cannot move as fast as I used to, but I’ll walk a mile and a half every other day up a mountain and back. I move and I try to get up and do productive things in the day. I do these things because they make me feel satisfied. They make me feel healthier maybe, but they make me feel like I’m doing something productive and valuable to me. And when I can’t have human contact, I’m a big fan of music. Spotify is my go-to music friend.

How long have you been friends with Dan Buettner and how did you two first meet?

I’ve known Dan for 40 years. I was living in St. Thomas in the U.S. Virgin Islands and Dan had won a contest for selling newspaper subscriptions to the Minneapolis Star Tribune. And I met him sitting at a bar. I was writing a book and managing a little hotel, and he was such an energetic guy. I was looking for an assistant to go with me on my book tour for my first book, and he came aboard. But before the tour, I decided to bring Dan on board to run a big project I was doing for National Public Radio. I was on the Fanfare Committee of National Public Radio and came up with the idea to raise funds by restaging a famous croquet match from the Hollywood days. And Dan ran this national project for me. The project was a feature story in Life Magazine and a spread in the New York Times. I put him in charge of the NPR celebrity croquet tournament, and he was spectacular.

Do you remember when Dan first had the idea for Blue Zones?

I remember when that happened, he called me. I was in Atlanta and he had this idea that sounded big and impossible. But that’s what Dan does. Well, I thought that he was on to something. And as he started doing research and finding out what Blue Zones now knows, it came back to one core thing: when we wake up in the morning, we want to be happy.

You’ve been a mentor to Dan Buettner and you two are good friends. What is he like and what’s it been like to see his ideas transform into reality?

I have known Dan forever and I have seen his extraordinary intellectual curiosity. I’ll tell you an extraordinary thing about Dan. Nothing has come easy for Dan. He has had to think and learn and because of that, he is extraordinarily driven to understand why things happen and that is why all of his projects have worked. His ability to logically look at the core question, ‘Why do people live long and where do they do live longer,’ is the reason we have Blue Zones. Then he began to see that the element of happiness was deeply involved. Dan has real courage and real courage is different than everyday courage. That’s means he is not afraid to tackle anything big. He will break it into pieces and do it. And it’s been a thrill for me to watch all that happen.

I understand that while you like to explore, you still prefer comfort over roughing it. Can you give us a few examples?

I’ve been on three of Dan’s treks, and I have to be very honest. I did bike on the Alaska South America trek — exactly one mile, but I biked it and then I rode in a car. I went on a trek through Australia and there I biked zero miles, but I had a nice air-conditioned SUV. And I went for two weeks with Dan and gang and they would camp out in the woods and I would find a fine hotel. Maybe have a glass of red wine, you know….

Are your talks focused on those in your age range?

How has this upside-down world, brought on by the virus impacted what you teach and what you do?

It’s made me learn to be a lot better at giving remote talks! And the world has also reminded me that we need more emotional contact now, not less. Happiness can come from sending or getting a special email, or a mini chat online.

We can bring happiness in big measure by reaching out to both people we love, and people who are more alone now than ever. Seek those moments…all of us should do that. — Remar Sutton, Blue Zones Speaker Click To Tweet

People our age can bring happiness in big measure by reaching out to both people we love, and people who are more alone now than ever. Seek those moments…all of us should do that.