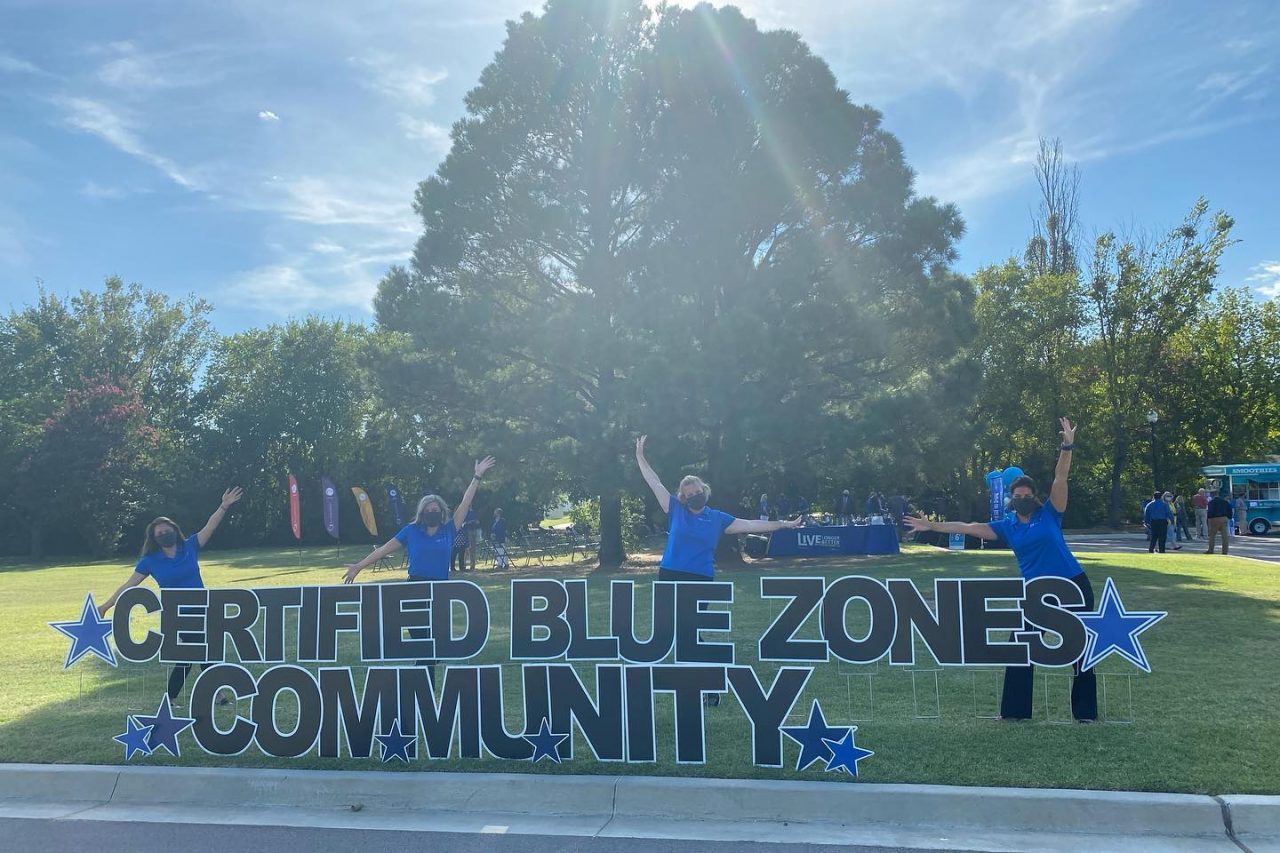 I am so proud of the entire Blue Zones Project Pottawatomie County team. Every project leader, volunteer, business partner, and our entire community worked together to become a certified Blue Zones Community. —Shawnee Mayor Ed Bolt Click To Tweet

Brought to Pottawatomie County through an innovative sponsorship by the Avedis Foundation, the local Blue Zones Project initiative encourages Pottawatomie County to optimize its surroundings to make the healthy choice the easy choice. The project is a privately led, publicly endorsed initiative intended to inspire community members to improve their well-being.

“We are proud of the residents of Pottawatomie County for their commitment to make well-being a way of life,” said Avedis Foundation president and CEO Kathy Laster, Ph.D. “This significant achievement required tremendous effort from the entire community, and the policies and programs implemented in Pottawatomie County will also serve as inspiring examples for other communities to follow.”

“We know that communities with greater well-being have lower healthcare costs, higher productivity and are recognized among the best places to live, work and play,” said Michael Acker, senior vice president and general manager of Blue Zones Project by Sharecare. “With a strong focus on well-being improvement throughout the community, Pottawatomie County has proven they are dedicated to the health of their residents along with the economic and social vitality of the community.”

We know that communities with greater well-being have lower healthcare costs, higher productivity and are recognized among the best places to live, work and play. —Michael Acker, SVP and GM of Blue Zones Project by Sharecare Click To Tweet
tags • Blue Zones Project