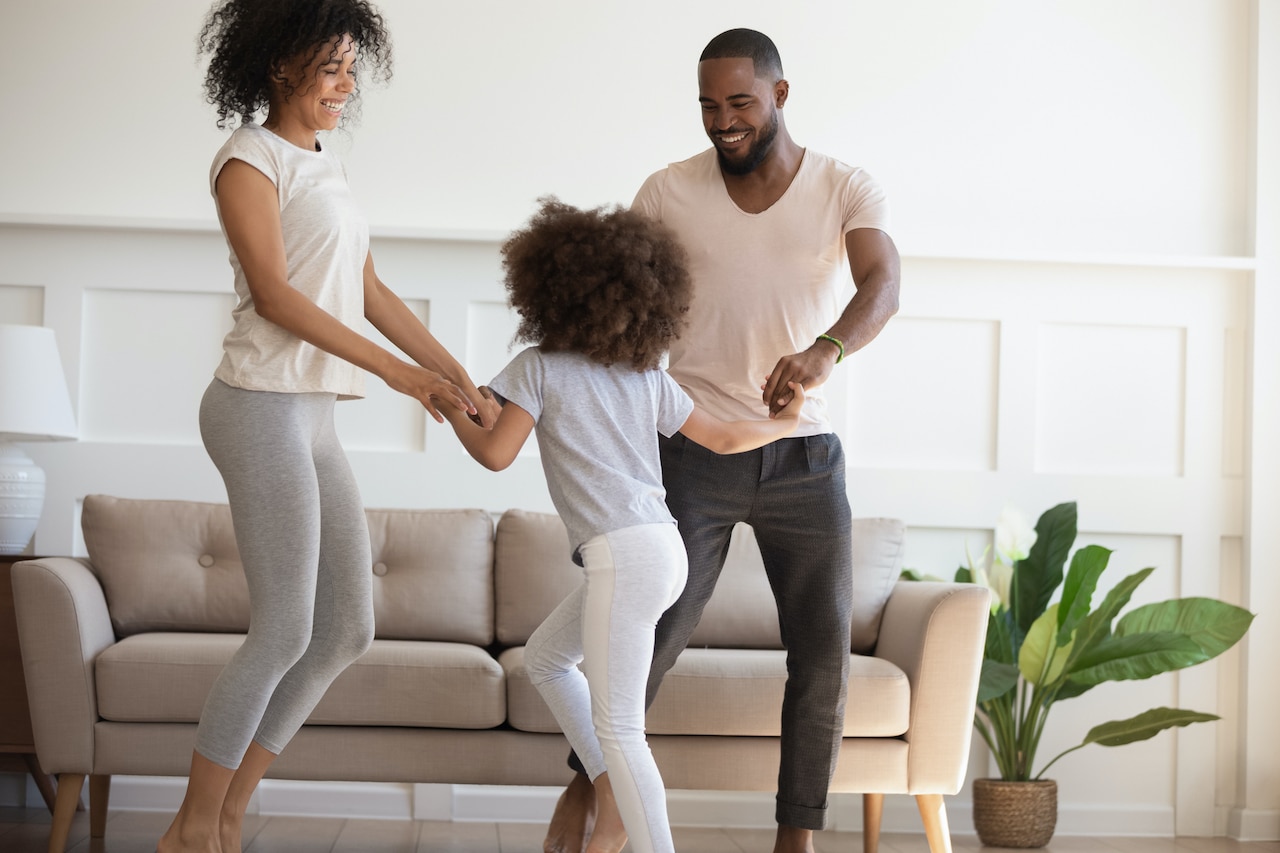 A new “movement” in the world of physical fitness is the exercise snack. No, we’re not talking about the calories you burn while reaching for a bag of chips.

An exercise snack is a short, easy form of exercise that gives you similar benefits as longer, more sustained workouts. Famously, blue zones populations don’t specifically “exercise,” they simply naturally move every 20 minutes or so. Exercise snacks are the perfect way to integrate movement into your daily life—even if you don’t, or can’t have things structured as they are in the blue zones.

Famously, blue zones populations don’t specifically “exercise,” they simply naturally move every 20 minutes or so. Exercise snacks are the perfect way to integrate movement into your daily life—even if you don’t, or can’t have things… Click To Tweet

In Ikaria, homes are built into the hills, with many stairs to get from one part of the house to another. Likewise, climbing stairs, with groceries, is a daily activity. Mixing food by hand versus a blender, or sweeping versus sending the vacuum robot out to do its thing. Gardening requires digging into the dirt, sowing seeds, weeding, and harvesting—all done manually in Okinawan kitchen gardens. In Sardinia, shepherds walk up to five miles per day in the fields. Loma Lindans take nature walks with their families. Centenarians from Nicoya seem to have enjoyed physical work all of their lives and find joy in everyday physical chores.

Today, we are moving less than ever. In the first months of the COVID-19 pandemic shutdowns, in early 2020, walking had decreased by a mean average of 27 percent worldwide, according to data recorded by a popular app. In some countries, the mean average reached almost 50 percent less walking.

Finding ways to move and stay active in pandemic times can be difficult, to say the least, but fortunately, there are easy ways to get in beneficial exercise. These exercise snacks aren’t just good for the cardiovascular system, but also core strength and balance, as all parts of the body can be engaged.

[Related: What Exercise is Best for Optimal Health & Longevity?]

We already know the benefits of sustained exercise, and research on these types of exercise snacks is piling up. In one six-week study, sedentary young adults were assigned to climb three flights of stairs (60 steps), three times a day, three times a week. Oxygen uptake increased, though modestly, hinting at the benefit of even moderate activity.

A large study of more than 44,000 adult men and women, from four different countries, showed a reduced risk of early death by engaging in just 30-40 minutes per day. Even more exciting, perhaps, is that a benefit was realized with even just 11 minutes of activity for those who are otherwise sedentary.

This study was significant for another reason—previously it was thought that cardiovascular improvement required between 60-75 minutes per day, but that was based on self-reported activity. The thinking is that people over-reported how active they were, increasing the estimate of how much activity is enough activity. This newer study was recorded utilizing a tool that measured actual active and sedentary time.

Recent research has also suggested that sedentary behavior may change the activity of dozens of genes, including the gene responsible for making an enzyme that helps break down fat so it can be used for energy or stored in the body. Simply put, the more you move, the more calories you burn, and the faster your metabolism will be.

In addition to muscle strength and cardiovascular health, short exercise snacks before meals help control blood sugar levels, so they can be particularly effective to prevent type 2 diabetes, heart disease, and other related conditions. A Blue Zones diet, which is primarily plant-based, including plenty of nuts, seeds, and beans, as well as occasional meat and alcohol consumption, complements the benefits of exercise snacks.

But how is a short burst of movement as good as a more traditional, sustained cardiovascular activity? Dr. Martin Gibala, Professor of Kinesiology at McMaster University Hamilton, and author of “The One-Minute Workout,” explains: “There are proteins in the body that serve as molecular ‘fuel gauges,’ and trigger physiological remodeling in response to the stress of exercise. Brief bouts of vigorous effort can activate these proteins similar to traditional endurance training, and despite a lower time commitment.”

The beauty of exercise snacks is that you need no special equipment. The cardiovascular and muscle strength benefits come from “lifting” and moving your own body weight. In a recent study by Gibala and his associates, a simple daily 11-minute workout, consisting of walking in place, running in place, lunges, and other light calisthenics, improved cardiovascular fitness up to 7 percent compared to the control group. All of the activities require nothing but a small area in your home.

Gibala states, “The key is to make these activities vigorous—and that’s different for different people—it has to be vigorous for you.”

The key is to make these activities vigorous—and that’s different for different people—it has to be vigorous for you. —@gibalam Click To Tweet

For those who can’t quite do such vigorous actions, Gibala recommends you modify the exercise appropriately. Maybe you don’t go into a full squat, or you do some more vigorous jumping jacks instead of a burpee. Chris Jordan, Director of Exercise Physiology at Johnson and Johnson has developed a 7-minute standing workout, along with an app (J&J Official 7-Minute Workout) designed for all abilities. As always, if you’re starting a new physical regime, make sure you check with your doctor.

[Related: The N.E.A.T Way to Exercise for a Longer, Healthier Life]

Exercise snacks don’t need to be highly structured, either. They can be as simple as including short bursts of speed during a daily walk, or when climbing stairs. Dancing a few times a day is an exercise snack that’s fun for the entire family. When you’re talking on the phone, walk in place, or around the room. Set an alarm to get up and move at least once an hour to do some walking, squats, jumping jacks, or some household chores like sweeping, gardening, or handwashing dishes.

Exercise snacks don’t need to be highly structured, either. They can be as simple as including short bursts of speed during a daily walk, or when climbing stairs. Click To Tweet 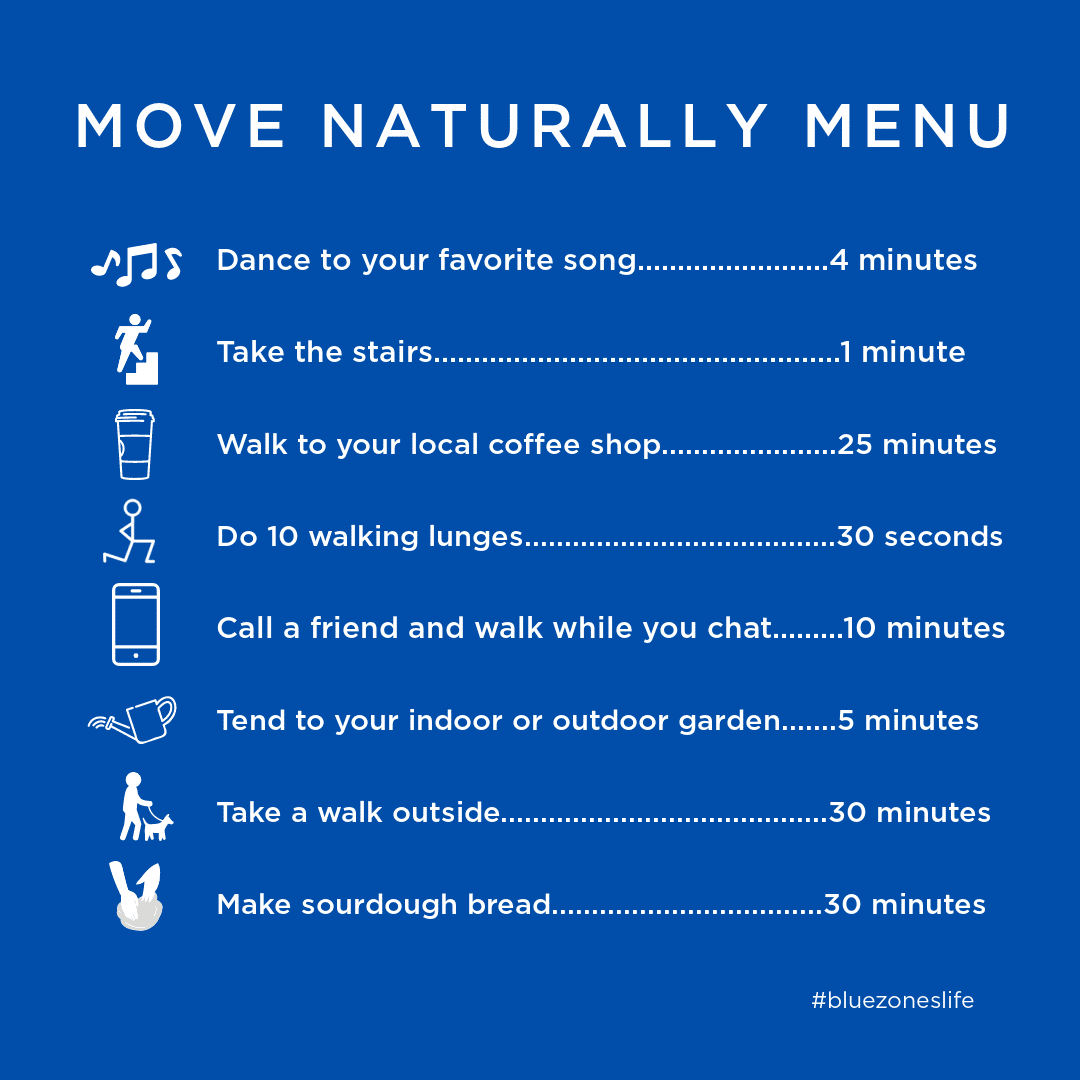 In Ikaria, even the simple act of breadmaking can be seen as an exercise snack that occasions a walk to a neighbor’s house to pick up the starter and hand kneading the dough for up to 10 minutes. Simple mindful stretching, like yoga, though not a cardiovascular activity, complement exercise snacks as it builds core strength and helps regulate blood sugar levels, control stress, relieve low back and neck pain, and manage symptoms of chronic diseases. 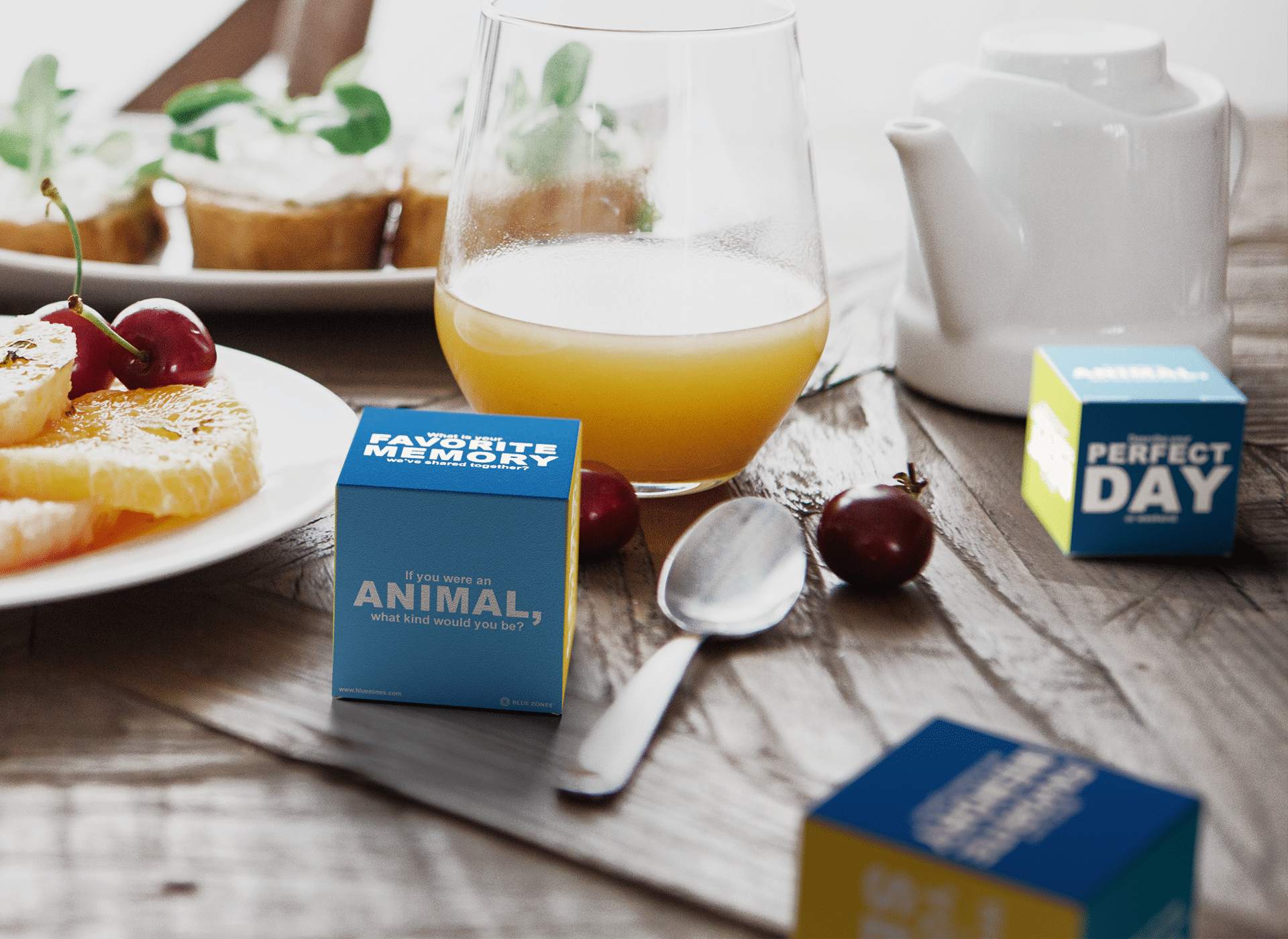 Another family-friendly way to incorporate exercise snacks is to make a game of it! Our free Blue Zones MOVE Activity Cube can be placed in a high-traffic spot in your home and will act as an environmental nudge to move every time you pass it.

As Gibala maintains, “Brief bouts of activity spread throughout the day can be as effective as one long period of structured exercise [e.g., see here]. There is even some evidence that suggests the intermittent approach may be better. But the bottom line is there is no single ‘best’ method and all activity counts.”