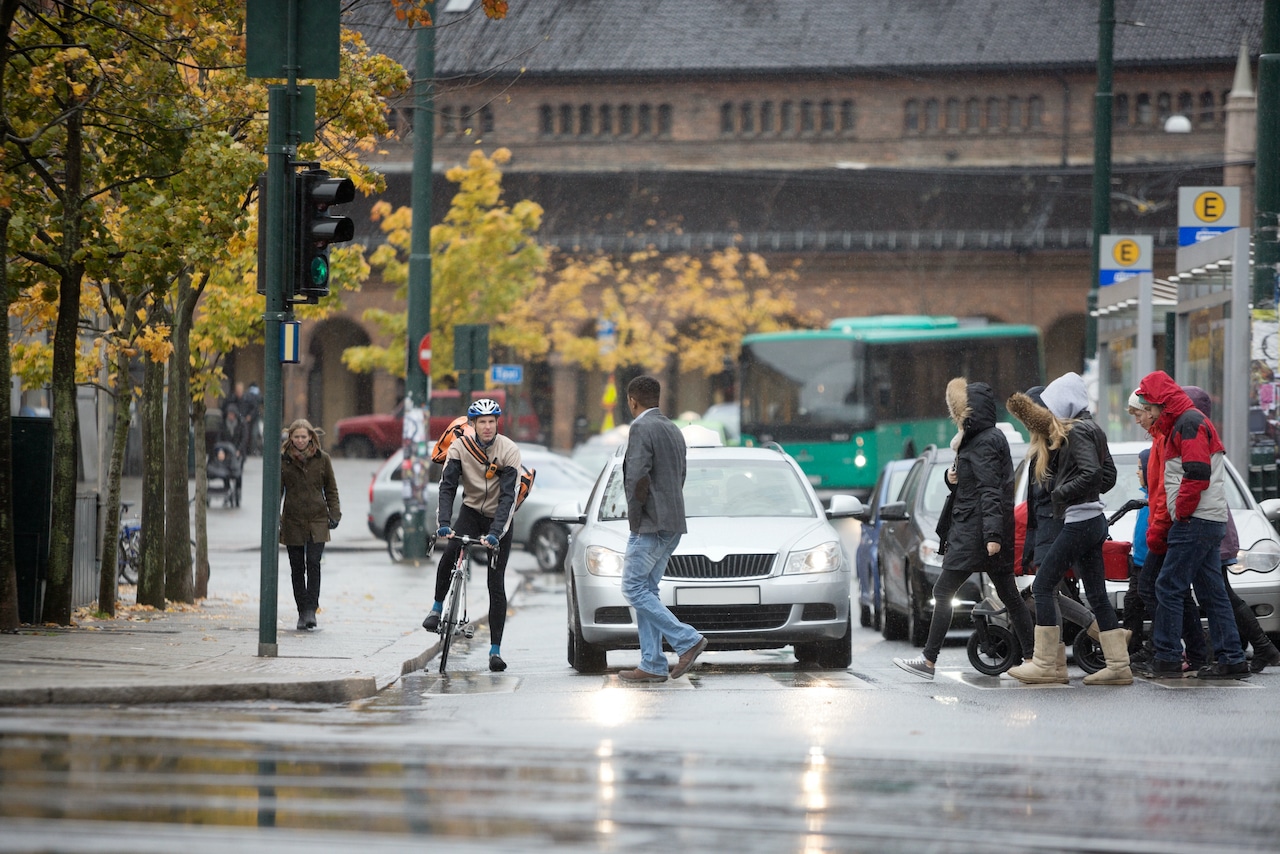 The 20 Most Dangerous Cities to Take a Walk in the U.S. 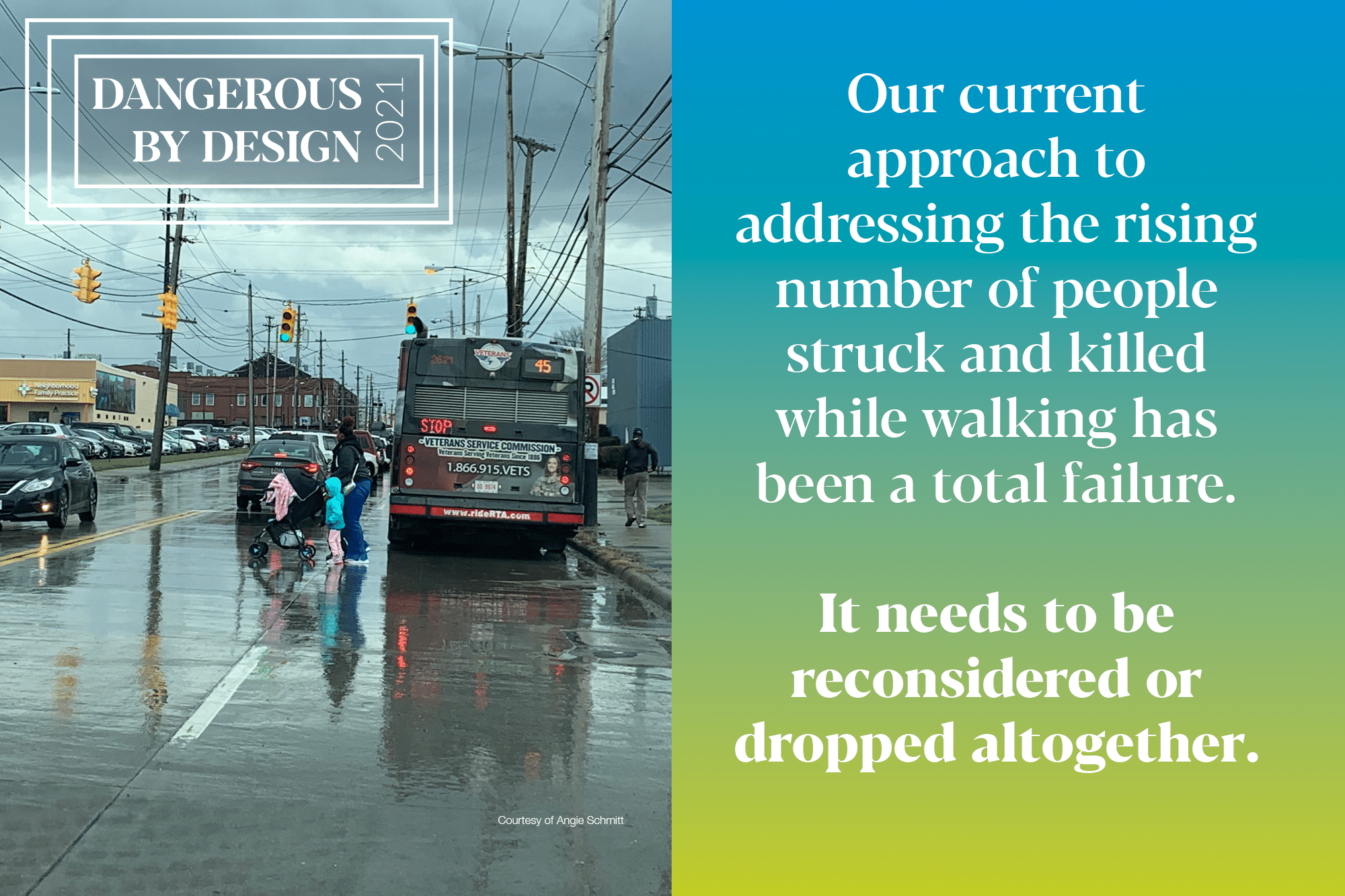 The COVID-19 pandemic has reshaped our routines and our cities in a multitude of ways. More people spent the past year working from home, and there was an increase in the number of people turning to cycling and walking for pleasure, for transportation, and for exercise. Cycling and walking on New York’s bridges skyrocketed 52 percent shortly after the city went under lockdown; the Rails to Trails conservancy estimated a 200 percent surge on the nation’s trail system around the same time.

With more pedestrians taking to the streets, safety is even more of a concern, making the Smart Growth America Dangerous by Design 2021 report a very timely publication, providing an up-to-date look at how dangerous each state and the largest metro areas are for people walking. The last four years in a row (2016-2019) all reached levels of pedestrian deaths not seen since 1990.

[Watch the Dangerous by Design 2021 Webinar] 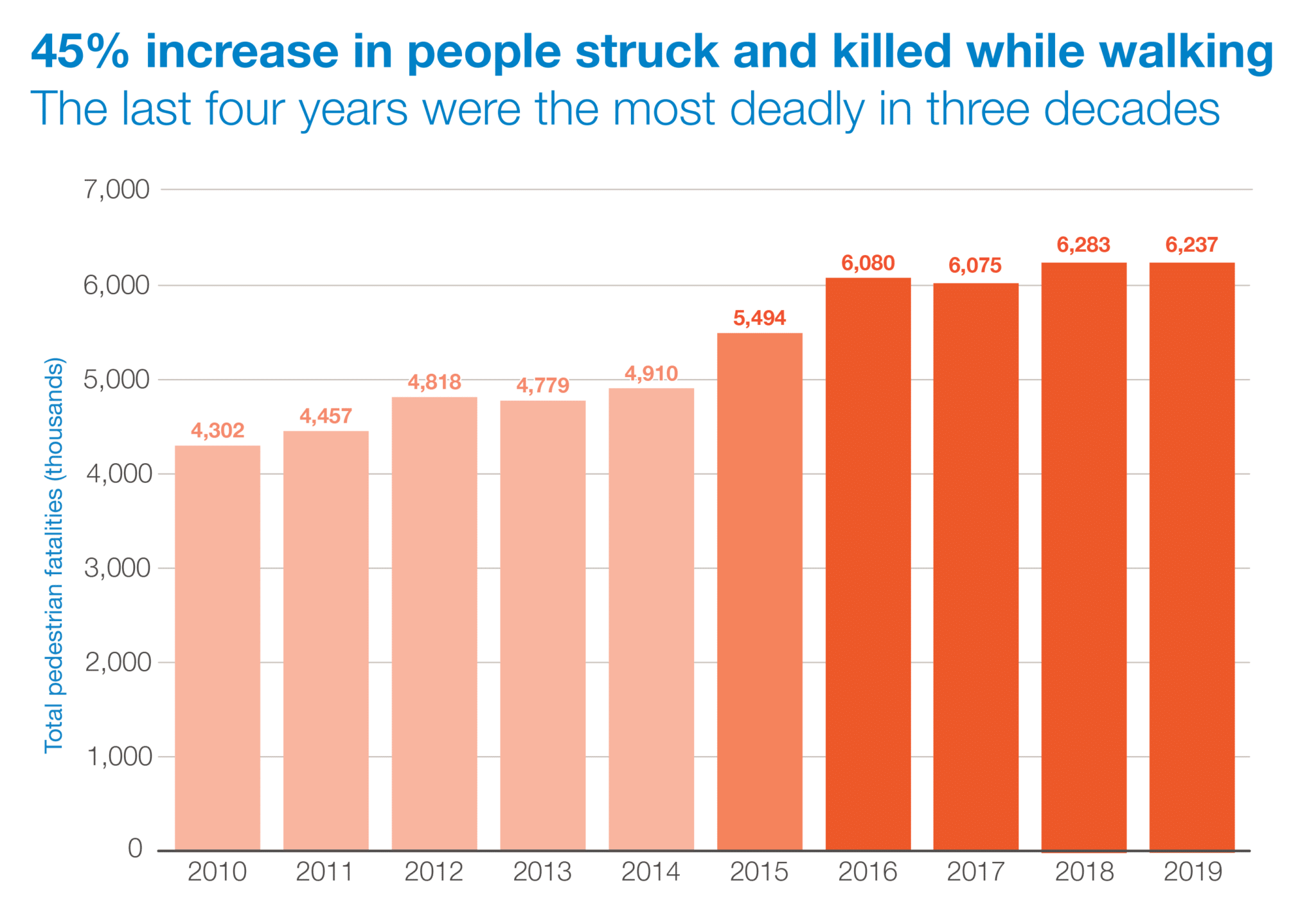 For the last decade, the deaths of people killed while walking has continuously been on the rise—in spite of overall traffic fatalities barely increasing. The equivalent of 17 people a day were struck and killed by drivers in 2019, however, the risk is not the same in every place or for all people. Black Americans, older adults, people walking in low-income communities, and American Indian or Alaska Native people all die at higher rates and face higher levels of risk compared to all Americans. Using the most recent federal data on pedestrian fatalities combined with data on population and walking rates, Dangerous by Design 2021 creates a “Pedestrian Danger Index” (PDI) to compare the relative risk to pedestrians among jurisdictions with different rates of walking. The report ranks the 100 largest metro areas to show which are the most deadly, as well as providing rankings for states and also showing which states/metros are getting worse since the report’s last edition in 2019.

For the last decade, the deaths of people killed while walking has continuously been on the rise—in spite of overall traffic fatalities barely increasing. #DangerousByDesign @smartgrowthusa Click To Tweet 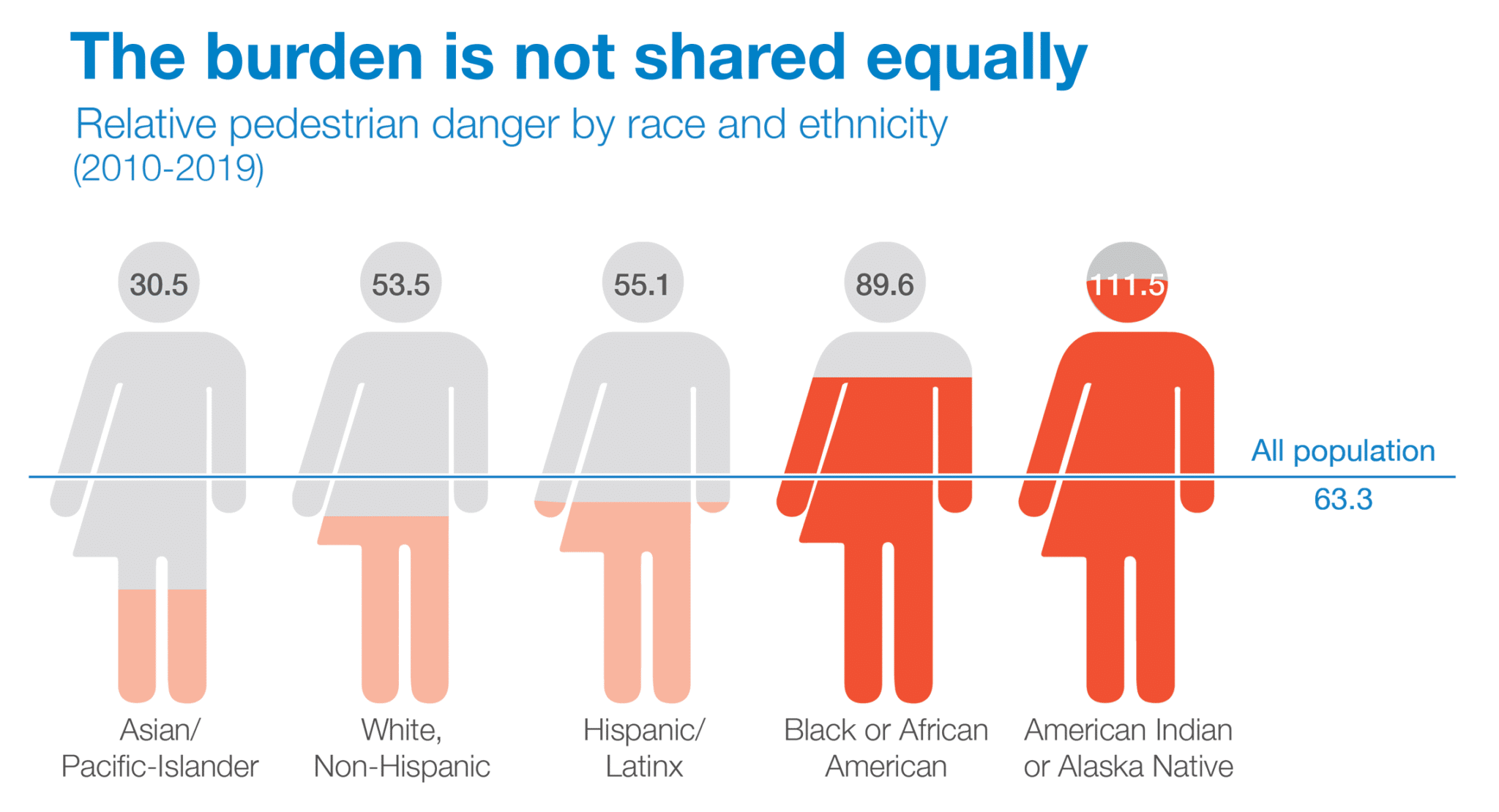 Danielle Schaeffner,  Blue Zones Director of Planning and Projects said, “In this powerful report, it is clear we are not succeeding. We again see facts and figures that reflect the ongoing and worsening injustices in our public spaces—with people forced to risk their lives due to unsafe, discriminatory design practices. We need to change course; we need to do better.”

Where are the most dangerous places in the U.S. to take a walk?

Dangerous by Design 2021 ranked the states and metropolitan areas around the country using PDI, which measures how deadly it is for people to walk based on the number of people struck and killed by drivers while walking, controlling for the number of people and the share of people who walk to work as a proxy for overall walking in an area. This report includes deaths that occurred between 2010 and 2019 from the Fatality Analysis Reporting System (FARS), a national database of all fatal traffic crashes. See the Dangerous By Design 2021 report for the full dataset of all metros and states and for additional information on their data collection processes.

Smart Growth America and Dangerous by Design’s teams hope the next edition of the report will tell a different story, but without some fundamental changes and transformational interventions, the problem will only get worse.