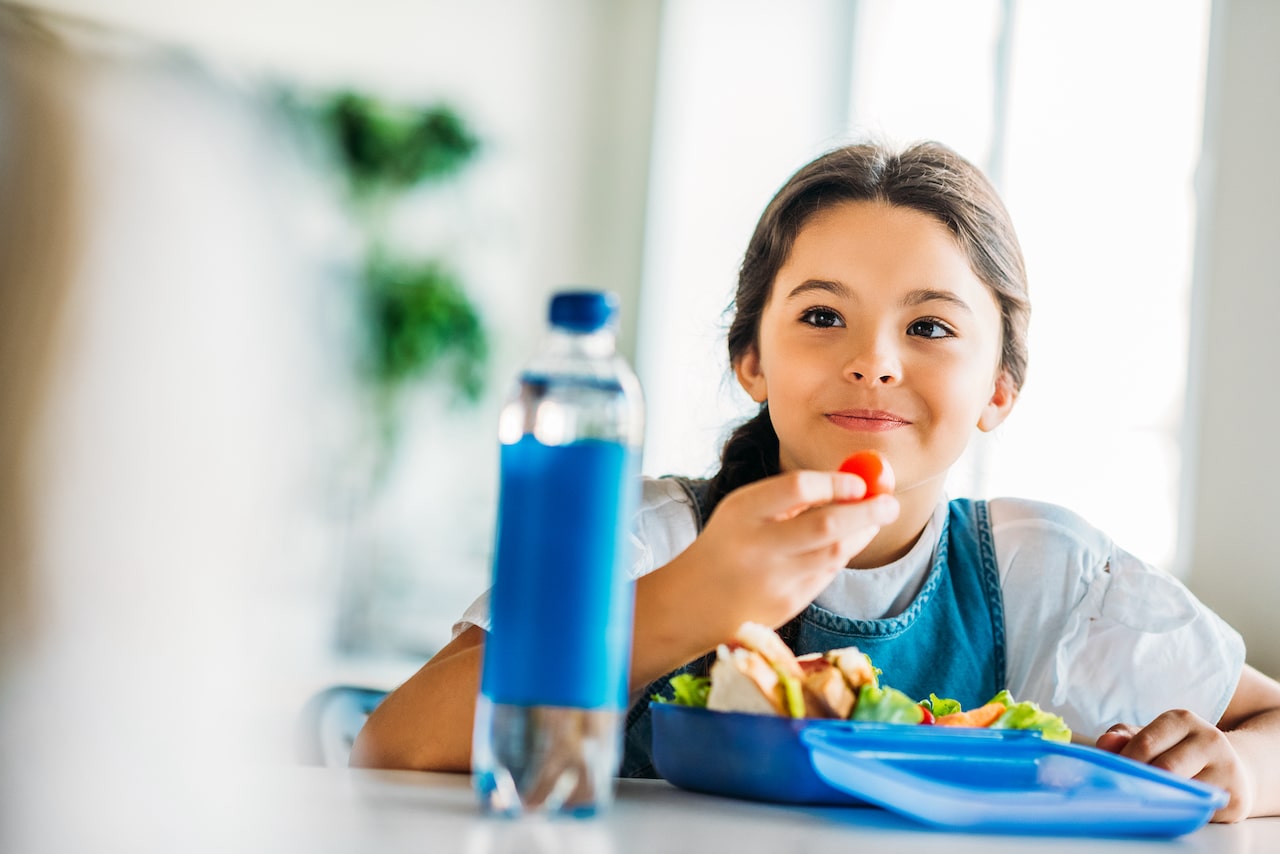 The One Change That is Helping American Students Eat Healthier

By Dr. Dariush Mozaffarian, Dean of Nutrition Science and Policy at Tufts University

Many of the latest findings on the American diet are not encouraging. Almost half of U.S. adults, or 46%, have a poor-quality diet, with too little fish, whole grains, fruits, vegetables, nuts and beans, and too much salt, sugar-sweetened beverages, and processed meats.

Our additional research shows U.S. kids are doing even worse: More than half, or 56%, have a poor diet. Importantly, for both adults and children, most of the dietary shortcomings were from too few healthy foods, rather than too much unhealthy foods.

Importantly, for both adults and children, most of the dietary shortcomings were from too few healthy foods, rather than too much unhealthy foods. —@Dmozaffarian Click To Tweet

I am a cardiologist and professor and dean of the Friedman School of Nutrition Science and Policy at Tufts University. In a series of research papers using national data collected over the past 20 years, my colleagues and I have investigated how the dietary habits of Americans have evolved. We have assessed diets among adults and children, among women and men, and by race and ethnicity, income, education, and food security status.

The largest single category of foods is carbohydrate-rich: grains, cereals, starches and sugars. In the U.S., 42% of all calories consumed are carbohydrates from lower-nutritional-quality foods such as refined grains and cereals, added sugars, and potatoes. Only 9% of calories are from higher-nutritional-quality carbohydrates, such as whole grains, fruits, legumes, and non-starchy vegetables. What’s more, the average American takes in nearly four 50-gram servings – or about 7 ounces – of processed meat per week. Processed meats include luncheon meats, sausage, hot dogs, ham, and bacon. These products, preserved with sodium, nitrites, and other additives, have strong links to stroke, heart disease, diabetes, and some cancers.

The news is sobering, but there are glimmers of a silver lining. Comparing trends since 1999-2000, the average American diet has actually improved over time.

Back then, 56% of adults and 77% of kids had poor diets. Since then, both kids and adults have increased whole-grain intake. Both have also cut back on sugar-sweetened beverages – kids by half, from two daily servings to one.

Adults have also modestly increased consumption of nuts, seeds, and legumes; and kids, of fruits and vegetables. Intakes of unprocessed red meats declined by about half a serving per week, replaced by poultry. Intakes of fish and processed meat did not appreciably change.

But these improvements are not equitably distributed. Comparing different races and ethnicities, or income and education levels, disparities remain. In many cases, they have widened over time. Our most recent data shows 44% of Black adults have poor-quality diets, compared with 31% of whites. Of kids whose most educated parent has a high school degree, nearly two-thirds – 63% – have a poor diet; for kids with at least one parent with a college degree, it’s 43%.

In our most recent, and perhaps our most compelling, research, we’ve evaluated nutritional quality of the American diet according to the food source: grocery stores, restaurants, schools, worksites, and other venues.

We found that foods eaten from fast-food or fast-casual restaurants offered the worst nutrition – 85% of foods eaten by children at these establishments, and 70% by adults, were of poor quality. At full-service restaurants and work-site cafeterias, about half the foods eaten were of poor quality. At grocery stores, we found some improvement from 2003 to 2018. The percentage of poor-quality foods eaten from grocery stores dropped from 40% to 33% for adults, and 53% to 45% for children.

But the largest improvements from 2003 to 2018 happened at schools. The proportion of poor-quality foods eaten from school was cut by more than half, from 56% to 24%. Nearly all this occurred after 2010, with the passage of the federal Healthy Hunger-Free Kids Act, which created much stronger nutrition standards for schools and early child care. Improvements we found included higher intakes of whole grains, fruits, greens, and beans, and fewer sugar-sweetened beverages, refined grains, and added sugars – all targets of the legislation.

In fact, looking across U.S. food sources, we found that schools have become the top overall source of nutritious eating in the country. As the U.S. slowly recovers from the pandemic, these results amplify the importance of reopening schools, and providing school meals, to ensure nutritious eating for kids.

...looking across U.S. food sources, we found that schools have become the top overall source of nutritious eating in the country. —@Dmozaffarian Click To Tweet

Both COVID-19 and the country’s awakening on systemic racism have raised the national consciousness on the fragmented, fragile, and inequitable nature of its food system. This makes our findings of racial and ethnic nutritional disparities even more dire. To achieve true nutrition security, we need a series of policy actions and business innovations to shift our food system toward health, equity, and sustainability. These include promoting food as medicine by integrating nutrition into health care and food assistance programs; by creating a National Institute of Nutrition and new public-private partnerships to accelerate science, innovation, and entrepreneurship; and by creating a new Office of the National Director of Food and Nutrition to coordinate the currently fragmented US$150 billion annual federal investments in diverse food and nutrition areas.

Policy change works, as clearly demonstrated by the dramatic impact of a single policy change – the 2010 Healthy, Hunger-Free Kids Act – on the nutrition of millions of American children. It’s time to grasp this unique moment in the country’s history and reimagine U.S. national food policy to create a nourishing and sustainable food system for all.