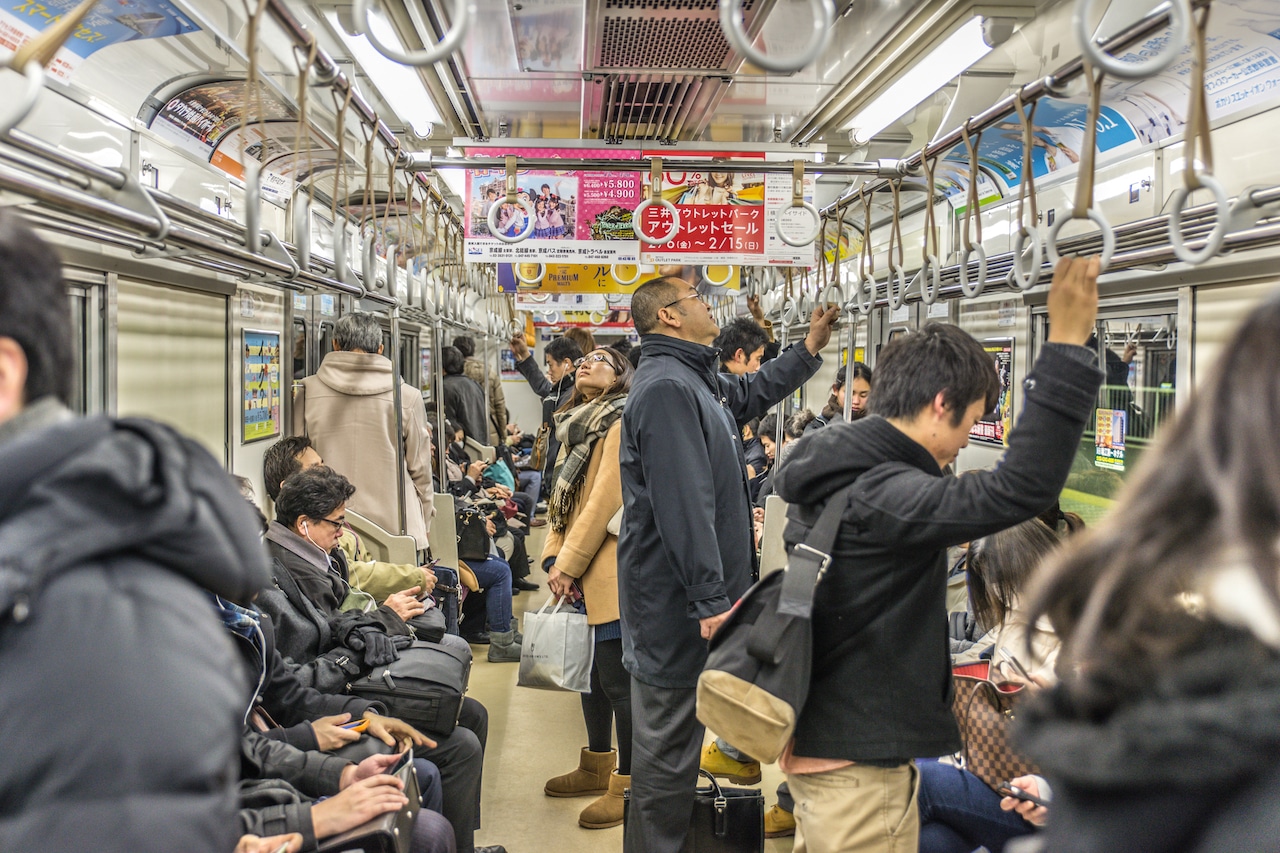 Three Habits That Keep (Almost) Everyone in Japan Slim

By Leo Babauta, Founder of Zen Habits and the author of The Power of Less

One of the most striking things about my trip to Japan was how thin everyone was. I kept saying to my family, “There are no fat Japanese!”

That’s not entirely true, of course. Aside from sumo wrestlers, there are some Japanese people who are fat — but at least in my two-week trip to Tokyo, they were pretty hard to find.

Seriously: in America (including my hometown of Guam), you could walk around and half if not most of the people you see will be at least a little overweight. Many are outright obese. But in Japan, everyone is thin it seems. I could go a whole day without seeing a fat person, unless it was a tourist.

This is not groundbreaking news...it’s long been known that the Japanese are among the healthiest people on Earth, with one of the lowest rates of obesity and one of the longest average lifespans. — @zen_habits Click To Tweet

This is not groundbreaking news, I know — it’s long been known that the Japanese are among the healthiest people on Earth, with one of the lowest rates of obesity among developed nations (3.6% vs 32% in the U.S.) and one of the longest average lifespans. But when you actually see it in person, it’s almost shocking.

During my stay in Japan, I formed some theories — and these won’t be groundbreaking either, but I think they’re worth reflecting on. Be aware, of course, that I’m not an expert in any related field here, and my observations are based on a two-week stay in Tokyo, and therefore are very, very limited. But here are the reasons the Japanese are not fat, in my opinion:

1. They eat a lot of seafood and veggies.

It’s true that they eat red meat, and sometimes it’s fried. But red meat or poultry doesn’t seem to be the main staple of their diet as much as seafood, rice, and veggies are. Meat seems to be eaten in smaller amounts (usually as a seasoning, not the main dish), or if it’s eaten in bigger amounts, it’s not an everyday occurrence. This is a generalization, of course, as is everything in this article, so there are many exceptions. Not everyone in Japan eats the same way.

[Related: 4 Recipes From the Blue Zones That Can Help You Live Longer]

This is very striking, actually. While in American (and Guam) restaurants, the food is piled high in huge portions, or supersized in fast-food restaurants, in Japanese restaurants the portions are … sensible. Not tiny, but definitely not large. You might get a bowl full of soup with some noodles and seafood (or meat), but if you take just the solid part it’s not a huge amount. Or you might get some seafood with rice and pickled veggies and miso soup — small amounts for each of those foods. The smaller portions is probably more important than the type of food they eat, in my opinion.

3. They walk and bike more than we do.

This was pretty striking as well. It seems like everyone uses the subway stations and walks, every day. Their kids walk a good part of the way to school, instead of being dropped off by parents. And a LOT of people ride bicycles, everywhere. Usually, not the kind you ride for exercise or training for races, but every day, riding around-the-city type of bicycles with baskets for a bag or two of groceries. This is all in contrast to us Americans, who ride cars everywhere, even to the corner store. (This is a generalization, of course — you my lovely readers are exceptions.)

[Related: Why the Okinawan Practice of Sitting on the Floor is Linked to Health, Mobility, and Longevity (& How You Can Practice it at Home)]

It’s a combination of the walking, biking, eating smaller portions, and eating more seafood and veggies, that leads to the Japanese being pretty darn healthy in general. Any one of these changes would be a big improvement for most of us in America.

How I Lost 5 lbs. on My Summer Vacation

In just two weeks in Tokyo, without dieting or fasting, I lost 5 pounds and slimmed down.

I’m still not quite at my Leo vs. Bellyfat Challenge goal yet, but I’m getting there — I’m 17 lbs. lighter than I was when I started my challenge, all told. But the fastest fat loss during this challenge came in those two weeks.

And here’s the kicker: I wasn’t trying to lose weight!

Here’s how I did it:

Every day. My family and I walked all over Tokyo for two weeks — that’s me and Eva and the six kids, including one who rode around in a stroller. We walked about 15-20 minutes every morning to the subway station, then up and down stairs within the subway system (often transferring trains once or twice), then would walk for hours and hours exploring a new part of Tokyo. Then we’d repeat the subway trip and walk home, exhausted. Sometimes we’d walk for 10-12 hours in a day. Of course, we rested in between walking — stopping to enjoy a park or have a meal or a snack, or browse through a bookstore — but most of the time, we were walking. Great distances. Often hauling a 3-year-old toddler, a stroller, or a bag or two. Up and down lots of stairs and hills. It was an amazing amount of exercise, and by the end of the two weeks, my family and I were in great walking shape.

I didn’t stick to a meal plan, as I did early on in my Bellyfat Challenge, nor did I fast, as I started to do just before my Tokyo trip. I think both methods work great. But I decided to take a break from those methods during my vacation, and I didn’t worry about what or when I ate. My only thing was to eat until I was just full — to never stuff myself. I had desserts, I ate French fries (once in awhile), I ate white rice (I usually eat brown). I still ate fairly healthy most of the time, as I enjoy fruits and veggies a lot and fried foods kinda make me queasy, but I didn’t watch what I ate. I just ate moderate amounts.

These are really just my two Simple Fitness Rules, but the Tokyo tourist version of them, but they work. I didn’t have to worry as much about what I ate because I burned a ton of calories each day.

I hope to continue the walking, now that I’m back on Guam. As I’ve written about before, I’ve been walking more now that I’ve moved to a more central location here on Guam. I can walk to meetings, to restaurants, to see my sister, to the beach or playground. I’m going to step that up a little. There’s no way I can walk the ridiculous amounts I walked in Japan — I have a life, after all. But I hope to walk just about every day.

And not just for exercise — it’s important to walk with a purpose. While many of us will go walking for 30-45 minutes, for exercise, I’ve found that it’s better to walk somewhere, to do something. For example, when we walked all day around Tokyo Disneyland (which is obligatory if you have as many kids as I do), we didn’t think about walking — we were trying to get to the rides! And it was a fun (if tiring) day. On Guam, I hope to walk to places to do my work, walk with my kids to beaches and parks, go on hikes, walk on dates with my wife to restaurants and movies, walk to go on errands, and so on.

But I hope to walk just about every day. And not just for exercise — it’s important to walk with a purpose... —@zen_habits Click To Tweet

I encourage everyone to consider doing the same — you’ll be amazed at how great it feels.

This article was first published on Zen Habits.