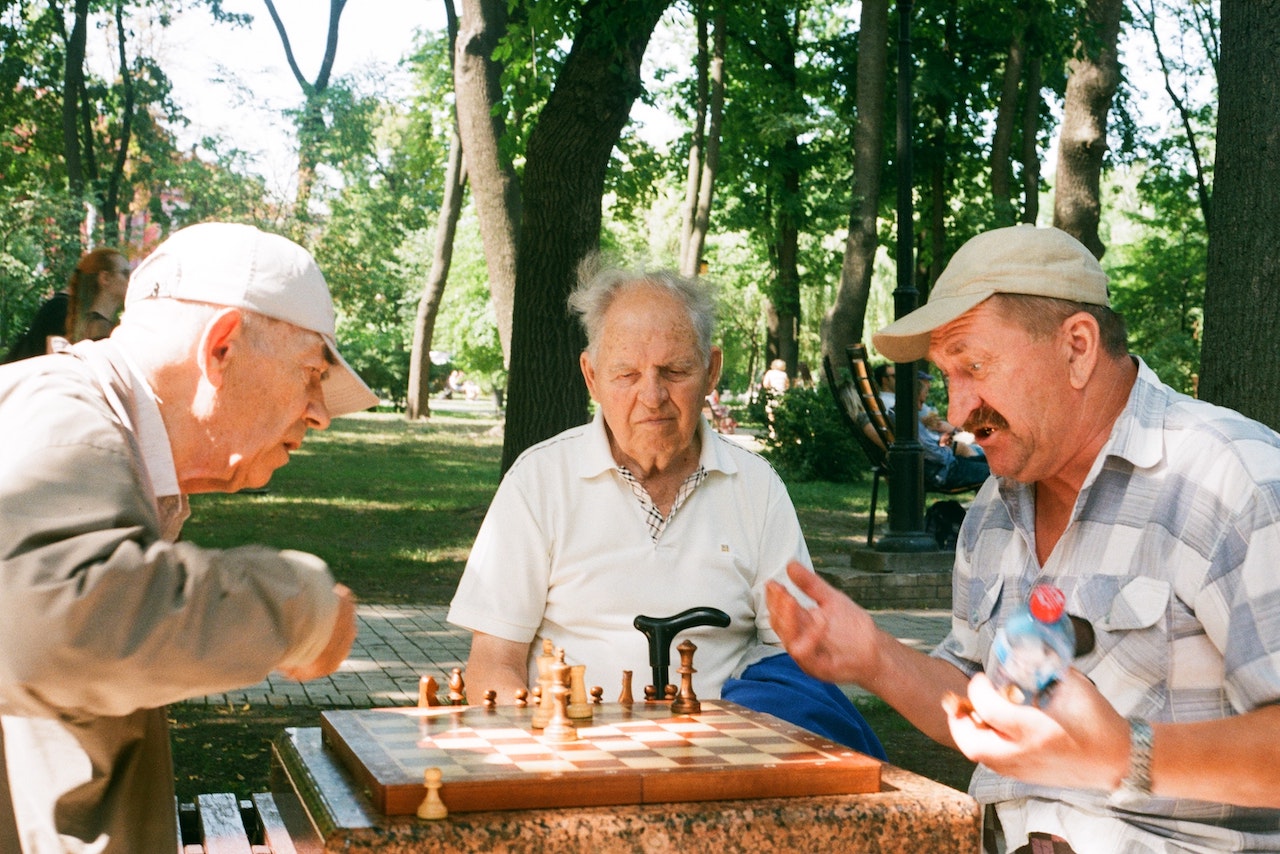 Why We Need Casual Friendships Too

In May, Vincent Keenan traveled from Chicago to Charlottesville, Virginia, for a wedding — his first trip out of town since the start of the pandemic.

“Hi there!” he called out to customers at a gas station where he’d stopped on his way to the airport. “How’s your day going?” he said he asked the Transportation Security Administration agent who checked his ID. “Isn’t this wonderful?” he exclaimed to guests at the wedding, most of whom were strangers.

“I was striking up conversations with people I didn’t know everywhere I went,” said Keenan, 65, who retired in December as chief executive officer of the Illinois Academy of Family Physicians. “Even if they just grunted at me, it was a great day.”

I was striking up conversations with people I didn’t know everywhere I went... —Vincent Keenan Click To Tweet

It wasn’t only close friends Keenan missed seeing during 15 months of staying home and trying to avoid COVID-19. It was also dozens of casual acquaintances and people he ran into at social events, restaurants, church, and other venues.

These relationships with people we hardly know or know only superficially are called “weak ties” — a broad and amorphous group that can include anyone from your neighbors or your pharmacist to members of your book group or fellow volunteers at a school.

Like Keenan, who admitted he’s an unabashed extrovert, many older adults are renewing these connections with pleasure after losing touch during the pandemic.

Many older adults are renewing these weak ties with pleasure after losing touch during the pandemic. Click To Tweet

Casual relationships have several benefits, according to researchers who’ve studied them. These ties can cultivate a sense of belonging, provide bursts of positive energy, motivate us to engage in activities, and expose us to new information and opportunities — all without the emotional challenges that often attend close relationships with family and friends.

[Related: Casual Friendships, Coworkers, and Even Your Outer Circle Friends Can Influence Your Health ]

These weak ties can cultivate a sense of belonging, provide bursts of positive energy, motivate us to engage in activities, and expose us to new information and opportunities. Click To Tweet

Multiple studies have found that older adults with a broad array of “weak” as well as “close” ties enjoy better physical and psychological well-being and live longer than people with narrower, less diverse social networks. Also, older adults with broad, diverse social networks have more opportunities to develop new relationships when cherished friends or family members move away or die.

Multiple studies have found that older adults with a broad array of weak and close ties enjoy better physical and psychological well-being and live longer than people with narrower social networks. Click To Tweet

“Feeling connected to other people, not just the people who are closest to you, turns out to be incredibly important,” said Gillian Sandstrom, a senior lecturer in the department of psychology at the University of Essex in England.

Feeling connected to other people, not just the people who are closest to you, turns out to be incredibly important...—Gillian Sandstrom, University of Essex Click To Tweet

Sandstrom’s research has found that people who talk to more acquaintances daily tend to be happier than people who have fewer of these interactions. Even talking to strangers makes people feel less lonely and more trusting, she has discovered.

[Related: How to Make Friends and Make Deeper Connections as an Adult ]

Claire Lomax, 76, of Oakland, California, who’s unmarried, has made a practice of chatting with strangers all her life. Among her greatest pleasures in recent years was volunteering at the Oakland Police Department, where she would ask patrol officers about their families or what was happening at the station.

“I never wanted a man of my own, but I like to be around them,” she explained. “So, I got to have my guy buzz without any complications, and I felt recognized and appreciated,” Lomax told me. Since becoming fully vaccinated, she’s volunteering in person at the police stations again — a deep source of satisfaction.

Even people who describe themselves as introverts enjoy the positivity that casual interactions can engender.

Even people who describe themselves as introverts enjoy the positivity that casual interactions can engender. —@judith_graham Click To Tweet

“In fact, people are more likely to have purely positive experiences with weak ties” because emotional complications are absent, said Katherine Fiori, a prominent researcher and chair of the psychology department at Adelphi University in Garden City, New York.

Lynn Eggers, 75, a retired psychologist in Minneapolis, loved going to coffee shops and the gym before COVID hit. “In both places, you can be in a group and alone,” she told me. “You can choose to talk to someone or not. But you feel you’re part of the community.”

At a light-rail station, Eggers would strike up conversations with strangers: two police officers who told her about growing up in Somalia, a working-class Texan whose daughter won a scholarship to Harvard, a young Vietnamese woman whose parents worried she was abandoning her culture.

When Eggers stopped taking public transportation for fear of COVID, she missed “getting these glimpses into other ways of seeing the world.” Instead, she started chatting with neighbors in daily walks around her neighborhood — another way to feel connected.

Many people may have found that neighbors, mail carriers, and delivery people became more important during the pandemic — simply because they were around when others were not, said Karen Fingerman, a professor of human ecology at the University of Texas-Austin. As pandemic restrictions lift, “the key is to get out in daily life again” and reengage with a variety of people and activities, she recommended.

Many people may have found that neighbors, mail carriers, and delivery people became more important during the pandemic — simply because they were around when others were not. Click To Tweet

Helen Bartos, 69, a retired clinical psychologist, lives in a condominium community in Rochester, New York. “With COVID, a whole group of us started getting together outside,” she told me. “We’d bring out chairs and drinks, wear masks, and sit around and talk. It was very bonding. All of these people are neighbors; now I would call some of them friends.”

Ellie Mixter-Keller, 66, of Milwaukee, turned to social gatherings sponsored by the activity group Meetup six years ago after a divorce disrupted her life. “It was my salvation. It exposed me to a bunch of new people who I didn’t have to date or have to dinner,” she said. Now that she’s fully vaccinated, she’s busy almost every night of the week attending Meetup events and informal get-togethers arranged by people she’s met.

In some cases, varying views of COVID vaccines have made casual interactions more difficult. Patty Beemer, 61, of Hermosa Beach, California, used to go swing dancing two or three times a week before the pandemic. “It’d be 20 seconds of chitchat and just dance” before all those events were canceled, she said.

In the past several months, however, the swing dance community in and around Los Angeles has split, with some events requiring proof of vaccination and others open to everyone.

“Before, everyone danced with everyone, without really thinking about it. Now, I don’t know if it’s going to be like that. I’m not sure how much mixing is going to happen,” Beemer said. “And that sense of shared humanity, which is so meaningful to all of us, may be harder to find.”