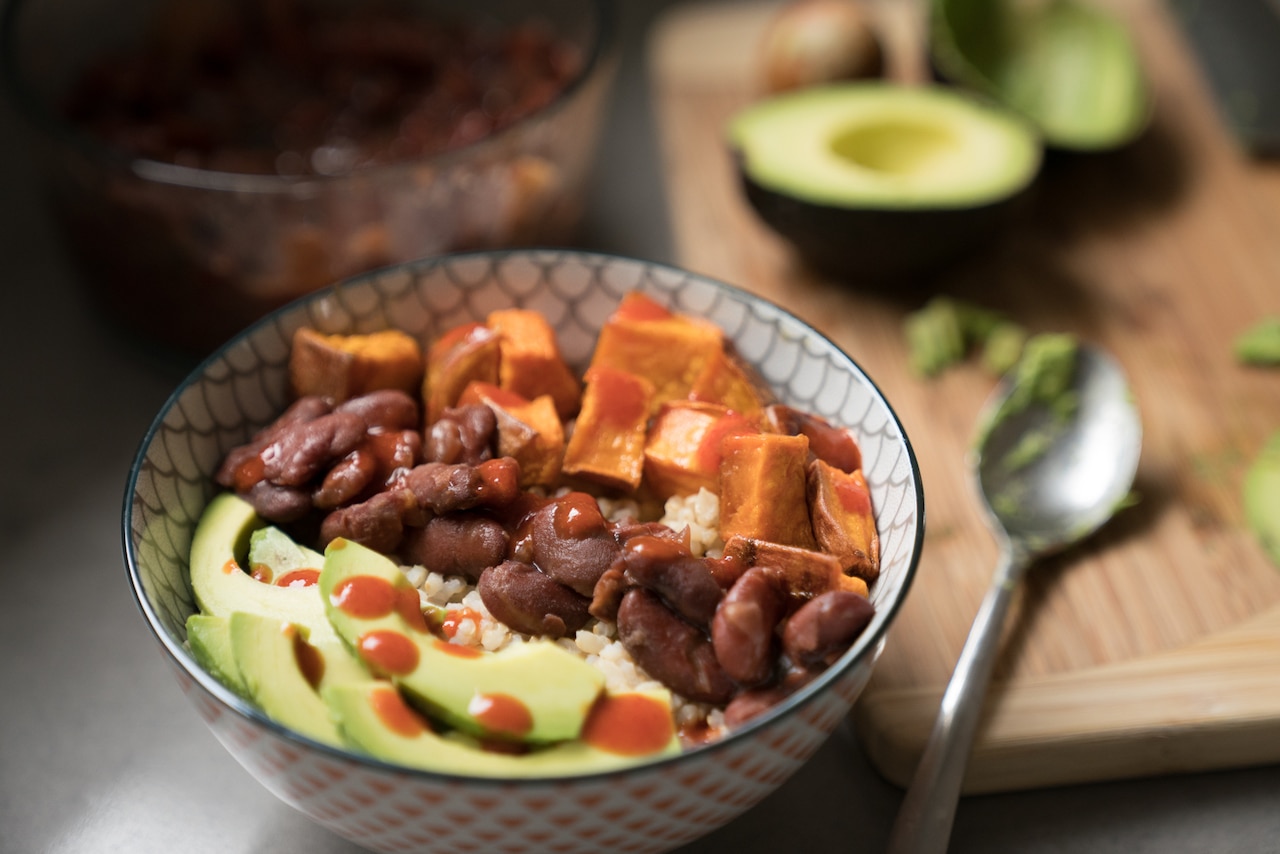 Super Bowls: Why This Healthier Food Trend is Here to Stay

Bowls are big. And they’re everywhere. Burrito bowls, noodle bowls, and salad bowls. Grain bowls slathered with spreads, topped with beans, sprinkled with veggies, and splashed with dressing. Smoothie bowls. If you’re looking for an inexpensive lunch or a quick weeknight dinner out, there’s a good chance you’ll head to a fast casual restaurant for a heaping bowl of your favorite fresh stuff, assembled right in front of you. Better still, it’ll be made to your exact specs: You get only the ingredients you like, in the amounts you want–the next best thing to cooking yourself.

The bowl trend has become so ubiquitous that foodie website Eater held a “Bowl Bowl” in 2020. Eater staff pitted the “Sweet 16” of bowl-serving restaurant chains–from health-minded newer franchises like Cava and Sweet Green, to more established spots with bowl offerings such as Chipotle, Panda Express, and Panera, along with a few fast-food contenders like KFC and Taco Bell.

Bowl-based chain Cava took top honors, which makes sense. Cava deals almost exclusively in bowls, and their menu lets customers choose from more than 40 Mediterranean-style ingredients, starting with a greens or grains base, then adding a dip or spread, a protein layer, a plant-based topping, and dressing.

But the craze itself speaks to how our collective lifestyles and dining priorities have shifted in the last two decades.

Birth of the bowl

The bowl boom emerged from fast-casual restaurants almost by accident, an ad hoc solution for meeting off-menu special requests from customers. Seen this way, it’s clear that bowls are the food format we’d long wanted, rather than some clever marketing ploy foisted upon us.

Seen this way, it’s clear that bowls are the food format we’d long wanted, rather than some clever marketing ploy foisted upon us. Click To Tweet

Fast-casual restaurants first became a market sector in the 1990s, as newly opened chains like Chipotle and Panera aimed to fill the gap between fast-food joints and casual table-service restaurants. They offered fresh, higher-quality ingredients than burger chains, and made meals faster and cheaper ($12 average check per person) than full-service casual eateries. Fast-casual’s lean operating models made this value proposition economically possible. Restaurants with counter service don’t need to hire as many people as their table-service counterparts, and fast-casual staffers work in assembly lines fitted with steam tables to complete customized orders in a jiffy.

Customers naturally loved the customization component, so much so that their specific requests birthed a new menu category altogether. Chipotle staff filled special orders for “naked” burritos (without tortillas) by piling up the requested ingredients in foil-lined bowls, and it caught on by word-of-mouth. In 2003, the chain introduced its famed burrito bowl, and the bowl craze began.

The format of fast-casual dining was perfect for the 2010s. Though the economy had started to rebound, money and time remained primary concerns for the dining public. Corporate downsizing caused many office workers to spend longer at their desks for less money. And the new, constant connectivity our smart phones offered tended to chew into what little downtime we had left.

Savvy fast-casual restaurants took full advantage of the new tech. Some launched apps, so customers could conveniently place to-go orders right from their phones. They also collected data from customers to learn more about their menu preferences, preferred price points, and dining habits.

Other fast-casual chains found ways to make their service even faster, with efficiency studies that seem right out of the corporate fast-food playbook. Executives at Cava, for instance, tracked the movement of customer lines in their restaurants with sensors so they could calculate the “balk rate”: the point at which the wait is so long that customers in line say to heck with it and leave.

The basic appeal of the bowl

But beyond business models and economics, the bowl craze comes down to convenience, customizability, and quality, particularly for those of us looking for healthy alternatives to chips and a sandwich. Fast-casual chains like Cava and Sweetgreen offer locally sourced, organic, or seasonal ingredients, once solely the purview of fine-dining restaurants.

But beyond business models and economics, the bowl craze comes down to convenience, customizability, and quality, particularly for those of us looking for healthy alternatives to chips and a sandwich. Click To Tweet

Their menus read like a breath of fresh air, and offer a case study in how far our dining habits have evolved this millennium. It’s hard to imagine people in 1999 ordering a Sweetgreen bowl with miso root vegetables, sunchokes, shredded kale, and wild rice, because it’s hard to imagine many customers then even knowing what miso and sunchokes were.

Fresh, nutritious food is central to the mission statement of some fast-casual chains. California-based Vitality Bowls, with more than 145 locations nationwide, bills itself as a “superfood cafe.” Roy and Tara Gilad opened Vitality bowls in 2011, inspired by their young daughter’s food allergies and their need to find safe, high-quality food options. The menu at this fast-growing franchise is peppered with healthy options like acai berries, grass-fed steak, and flax seed.

The most progressive chains are even trying to address economic inequality. The California chain Everytable, with menu staples like their Pineapple Pork Luau Bowl, Homegirl Salmon Adobo, and Creole Chicken Grain Bowl, more than doubled its number of stores last year and is poised to double again in 2022, including opening in New York City. Founder Sam Polk has said he wants to make healthy fresh meals affordable for all, going so far as to institute variable pricing at his restaurants so the menu at an Everytable in a lower-income neighborhood lists meals for as much as $3 less than the same meals at an Everytable in a more affluent area.

Our palates have grown more sophisticated since 2000, and fast casual restaurants are keeping pace. Cava’s menu draws heavily from Mediterranean blue zones, for instance, with items like harissa, Persian cukes, lentil tabbouleh, and tahini. And while our tastes are broadening, our bodies are demanding better fuel, so customers are willing to pay more than they would at a fast-food restaurant to enjoy these healthful specialty foods.

Build your own bowl, at home

Because bowls are less fussy to prepare and feel more abundant than traditionally plated meat, starch, and veggies, home cooks have been quick to adopt the format for their own meals. Follow these basic blueprints for bowls with clean ingredients, a variety of textures, and big flavor. With the goal of making it even easier to make bowls at home, Bush’s® Beans and Blue Zones® are spotlighting the nutritional power of beans and together will launch a new line of ready-to-eat products slated to appear in a store near you by fall 2022.

Because bowls are less fussy to prepare and feel more abundant than traditionally plated meat, starch, and veggies, home cooks have been quick to adopt the format for their own meals. Click To Tweet

Tim Cebula is a former senior editor for Cooking Light magazine. His work has appeared in national and regional publications, including Time, Health, Food & Wine, Boston magazine, and The Boston Globe. He lives on the southern coast of Maine.