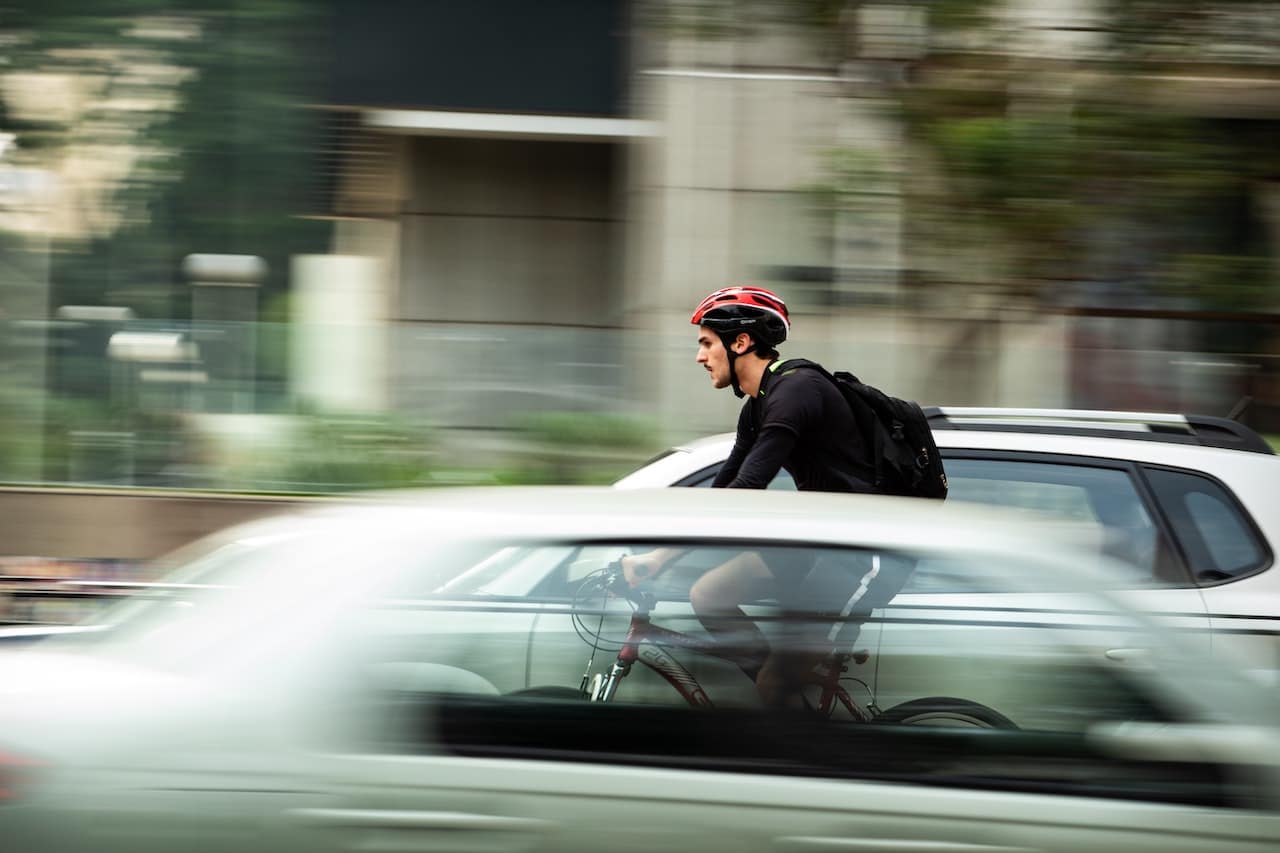 The Link Between Bikeability and Health

Biking is also an exercise that just about anyone can do. That’s because it’s easy, low-impact, and the person doing it can easily control the intensity level.

Considering all the benefits of biking, what happens when an entire city, community, or neighborhood proactively focuses on improving its bikeabilty by adding bike lanes to roads, creating new bike paths, adding bike racks at businesses, and other measures to promote bicycling? Well just as you might imagine, research is showing that the public health benefits are much more far-reaching and complex than the physical health benefits that any individual rider experiences from biking.

Research is showing that the public health benefits are much more far-reaching and complex than the physical health benefits that any individual rider experiences from biking. Click To Tweet

What is bikeability and when did it become a thing?

Bikeability refers to how suitable a place — a city center, a neighborhood, a school zone, or other community location – is for biking. Biking, like walking, is a form of active transportation that requires physical movement in order to advance us forward. And active transportation has been proven to promote fitness as well as better health, reducing the risk of obesity, heart disease, diabetes, and other chronic ailments.

Bikeability has other benefits not directly related to population health as well, such as decreased traffic congestion, better air quality, and improved sales at local businesses in areas that have been made more accessible to bicyclists.

The pandemic has played a surprising role in bikeability as well, as people avoided the use of mass transportation to reduce the risk of catching COVID-19. This caused a surge in biking with some cities adding temporary bike lanes and others blocking off streets to cars to allow for greater access by bicyclists. There also appear to be more researchers now interested in bikeability, which for years has gone hand in hand with walkability but has been less studied.

An article on one study, published by Texas A & M University in 2020, focuses on the tools being used in communities for measuring bikeability. The article said that the majority of regular car trips taken by Americans are within 3 miles distance and therefore could realistically be made by bicycle; however, due to lack of infrastructure for biking and safety concerns, many of us are reluctant to use bicycles for these kinds of trips. In fact, less than 1 percent of Americans use bicycles for active transportation, according to the Alliance for Biking and Walking.

Other studies have looked at the health impacts when bikeability has been improved in a community. A 2011 study in Minneapolis, Minnesota, published by the Centers for Disease Control, examined how improving bikeability might help to lower the risk of chronic diseases and decrease the amount of money spent on health care in low-income communities.

Referencing separate 2010 research on “Air Quality and Exercise-Related Health Benefits from Reduced Car Travel in the Midwestern United States,” the 2011 study estimated that if residents of Minnesota’s urban Twin Cities (Minneapolis and St. Paul) replaced just half of their short car trips with bike trips in warmer months, the estimated cost savings from avoided mortality and reduced health care costs could total $146 million per year.

This study also said that car travel could easily be avoided for many of the trips that Americans take in the car because 28 percent of all car trips are less than or equal to 1 mile and 41 percent are equal to or less than 2 miles.

Can more bike lanes add up to more years?

A 2016 study in New York City suggests a definitive link between the addition of bike lanes in the city and greater longevity and concluded that bike lanes are a sound investment in public health. The study coauthored by Dr. Babak Mohit of the Mailman School of Public Health at Columbia University concluded that bike lanes are a very cost-effective way to improve public health. More specifically, the 45.5 miles of bike lanes the city built in 2015 yielded benefits that equated to an extra year of life at full health over the lifetime of all residents of the city.

More specifically, the 45.5 miles of bike lanes the city built in 2015 yielded benefits that equated to an extra year of life at full health over the lifetime of all residents of the city. Click To Tweet

“We conclude that investments in bicycle lanes come with an exceptionally good value because they simultaneously address multiple health problems. Investments in bike lanes are more cost-effective than the majority of preventive approaches used today,” the study said.

Investments in bike lanes are more cost-effective than the majority of preventive approaches used today. Click To Tweet

The study also found that adding the bike lanes not only improved public health and promoted bike riding but also had side benefits such as reduced pollution and risk of injury. In fact, bike lanes can reportedly reduce injuries by as much as 25 percent.

While you might naturally assume that more bike lanes on roadways would equate to more accidents and injuries, the opposite has actually been proven to be true. There is increasing evidence that shows that when cities add infrastructure to make their streets more bikeable, they also become safer. And not just safer for bicyclists but also safer for pedestrians and even automobile drivers.

For example, a study by H. Wolfson published in 2011 found that when protected bike lanes are installed in New York City, injury crashes for all road users (drivers, pedestrians, and cyclists) typically drop by 40 percent and by more than 50 percent in some locations.

A more comprehensive 2019 study found that it’s not the increase in cyclists on the road that is resulting in safer driving and fewer fatalities and injuries but instead it’s the infrastructure that’s built for the bicyclists like separated, protected bike lanes.

In the study, researchers from the University of Colorado and the University of New Mexico looked at 13 years of data from 12 large U.S. cities including Chicago, Dallas, Seattle, San Francisco, and others. What they found was that biking infrastructure served as a calming mechanism that slowed traffic and reduced fatalities and injuries. 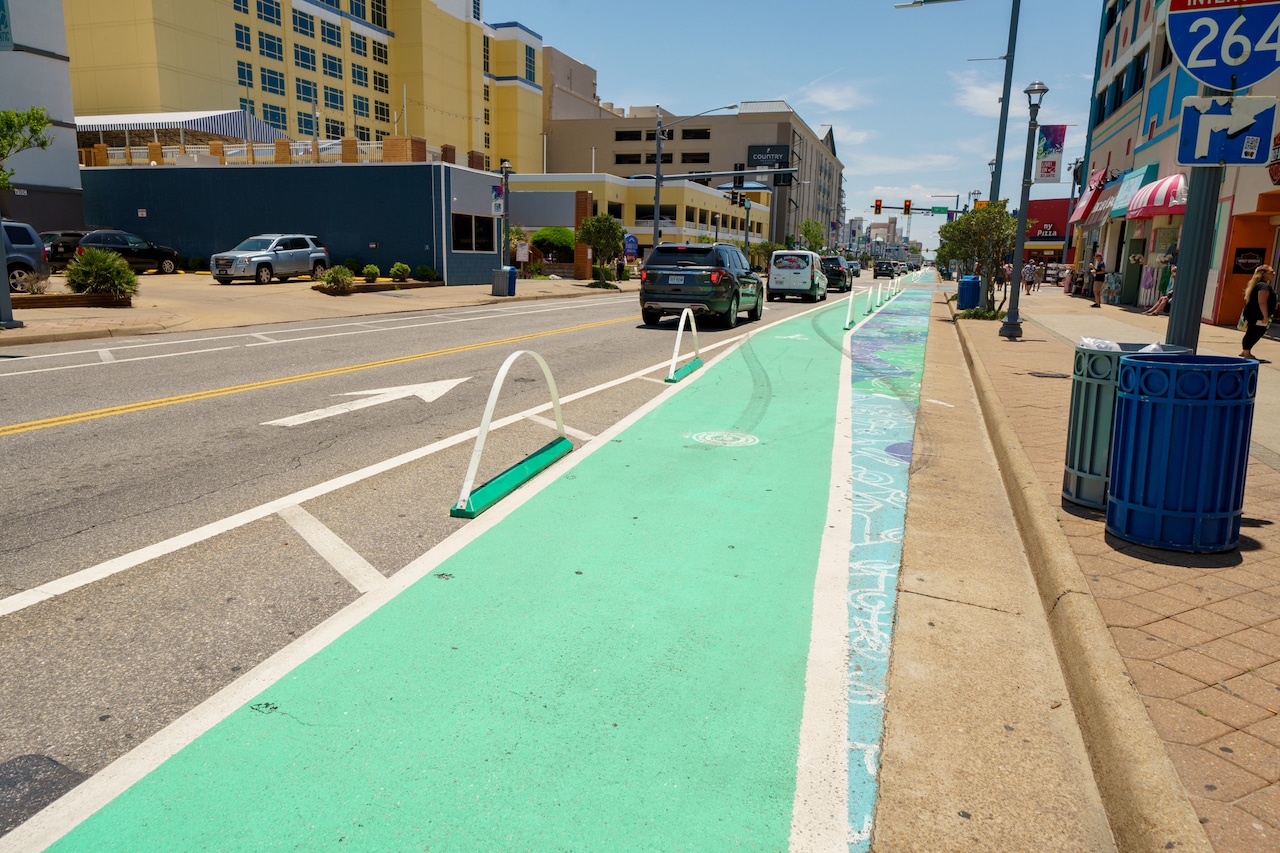 Moving naturally is one of the Blue Zones Power 9® Principles because it’s a common practice in the original blue zones – the places around the world where people live the longest.

“The world’s longest-lived people don’t pump iron, run marathons, or join gyms,” according to Blue Zones founder Dan Buettner. “Instead, they live in environments that constantly nudge them into moving without thinking about it. They grow gardens and don’t have mechanical conveniences for house and yard work.”

Likewise, adding bike lanes to a city or any community encourages residents to bike more because the infrastructure is there to give them a safe place to bike and a certain peace of mind if they choose that mode of transportation.

And as we’ve already mentioned, biking as active transportation increases the health of riders and communities as a whole. It also improves the safety of cyclists, pedestrians, and even drivers on the road.

Bikeability can also help to reduce disparities. Because bikes are affordable compared to cars, they increase access for people in cities and other communities to necessities like health care, food, and work opportunities. While walking is also healthy, people can obviously travel much faster on a bike than by walking. In the words of Blue Zones Director of Innovation and Inspiration Dan Burden, “Where a 10-minute walk will only get you a quarter mile, multiply that by five for one and a half miles.” Burden, a built environment expert, was the nation’s first full-time pedestrian and bicycle coordinator. He was named one of the world’s six most important civic innovators by Time Magazine in 2001 and was recognized by the White House as a champion of change in transportation.

“There are places you want to go to depending on where you live that aren’t always reachable by foot. But a bicycle will give you two-and-a-half, even a three-mile range, in a very short period of time. It’s both inexpensive and it’s a good way to extend the range of the places you can go, whether it’s a park, worship center, retail store, or work.”

It’s both inexpensive and it’s a good way to extend the range of the places you can go, whether it’s a park, worship center, retail store, or work. —Dan Burden, Blue Zones Director of Innovation and Inspiration Click To Tweet
tags • Built environment Bikeability Biking Bike lanes