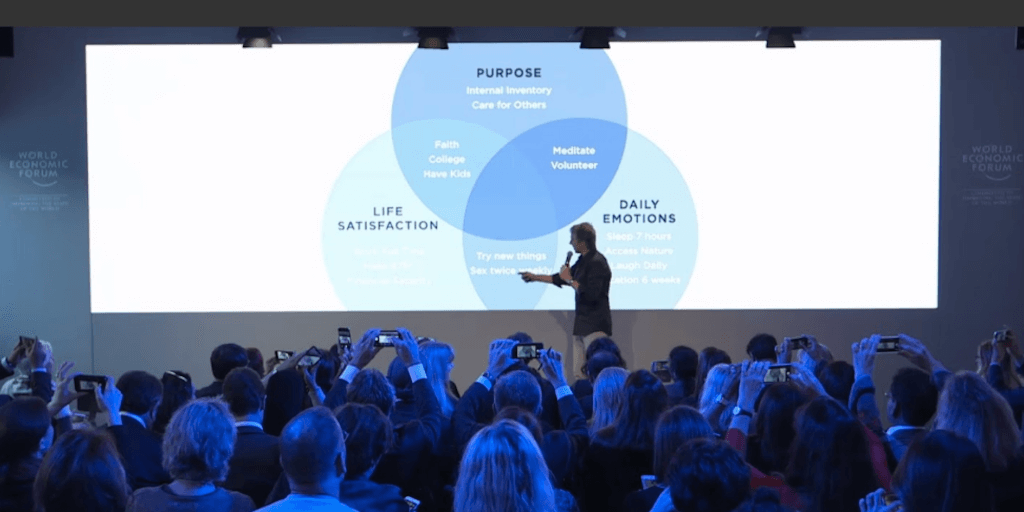 “The calculus of aging offers us two options: We can live a shorter life with more years of disability, or we can live the longest possible life with the fewest bad years. As my centenarian friends showed me, the choice is largely up to us.” – Dan Buettner Dan Buettner is an explorer, National Geographic Fellow, award-winning journalist and
producer, and New York Times bestselling author. He discovered the five places in the world – dubbed blue zones hotspots – where people live the longest, healthiest lives. His articles about these places in The New York Times Magazine and National Geographic are two of the most popular for both publications.

Buettner now works in partnership with municipal governments, large employers, and health insurance companies to implement Blue Zones Projects in communities, workplaces, and universities. Blue Zones Projects are well-being initiatives that apply lessons from the Blue Zones to entire communities by focusing on changes to the local environment, public policy, and social networks. The program has dramatically improved the health of more than 5 million Americans to date.

His books, The Blue Zones: Lessons for Living Longer from the People Who’ve Lived the Longest, Thrive: Finding Happiness the Blue Zones Way, The Blue Zones Solution: Eating and Living Like the World’s Healthiest People, and The Blue Zones of Happiness were all national bestsellers. His new book The Blue Zones Kitchen: 100 recipes for living to 100 is a New York Times Best Seller and fuses scientific reporting, National Geographic photography and 100 recipes that may help you live to 100.

Buettner has appeared on The Today Show, Oprah, NBC Nightly News, and Good Morning America, and has keynoted speeches at TEDMED, Bill Clinton’s Health Matters Initiative, and Google Zeitgeist. His speech in January 2018 at the World Economic Forum in Davos was chosen as “one of the best of Davos.” To find the path to long life and health, Dan Buettner and his team study the world’s “Blue Zones,” communities whose elders live with vim and vigor to record-setting age. In his talk, he shares the 9 common diet and lifestyle habits – Power 9® – that keep them spry past age 100. What should you be doing to live a longer life? Dan Buettner debunks the most common myths and offers a science-backed blueprint for the average American to live another 12 quality years. 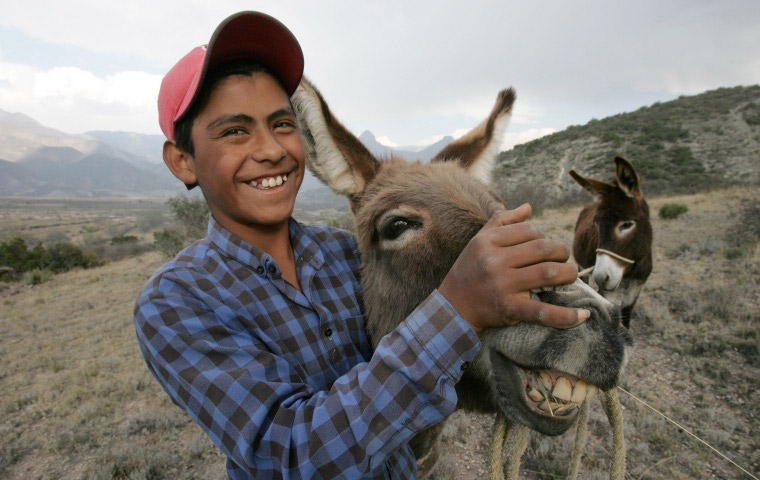 The Blue Zones of Happiness

What makes us happy? Most people are misguided or just plain wrong. Living our best life involves optimizing how we evaluate our life, how we experience it from day to day and how to live out our purpose.  Following the model he pioneered with Blue Zones of Longevity, Buettner worked with Gallup to identify the happiest regions of the happiest countries in the world and distilled their lessons. He also drew from data that represents 95% of the world’s population and a consensus of the world’s top experts to debunk some commonly believed myths. Using stunning National Geographic photography, Dan brings the stories and concepts to life, offering an evidenced-based, long-lasting strategy to set up your life to live your happiest life. The Making of a Healthy City

In 2009, Albert Lea, Minnesota, a statistically average American city, completed a one-year community health experiment that raised life expectancy by three years, trimmed a collective 12,000 pounds off waistlines and dropped healthcare costs of city workers by some 40% – and they’ve continued to sustain the results. Harvard’s Dr. Walter Willett called the results “stunning”. Hear how one typically unhealthy American city reversed the trend, re-shaped their environment to live longer, better, and boosted happiness. They got healthier without thinking about it. 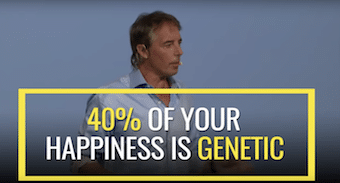 The Surprising TRUTH About Happiness