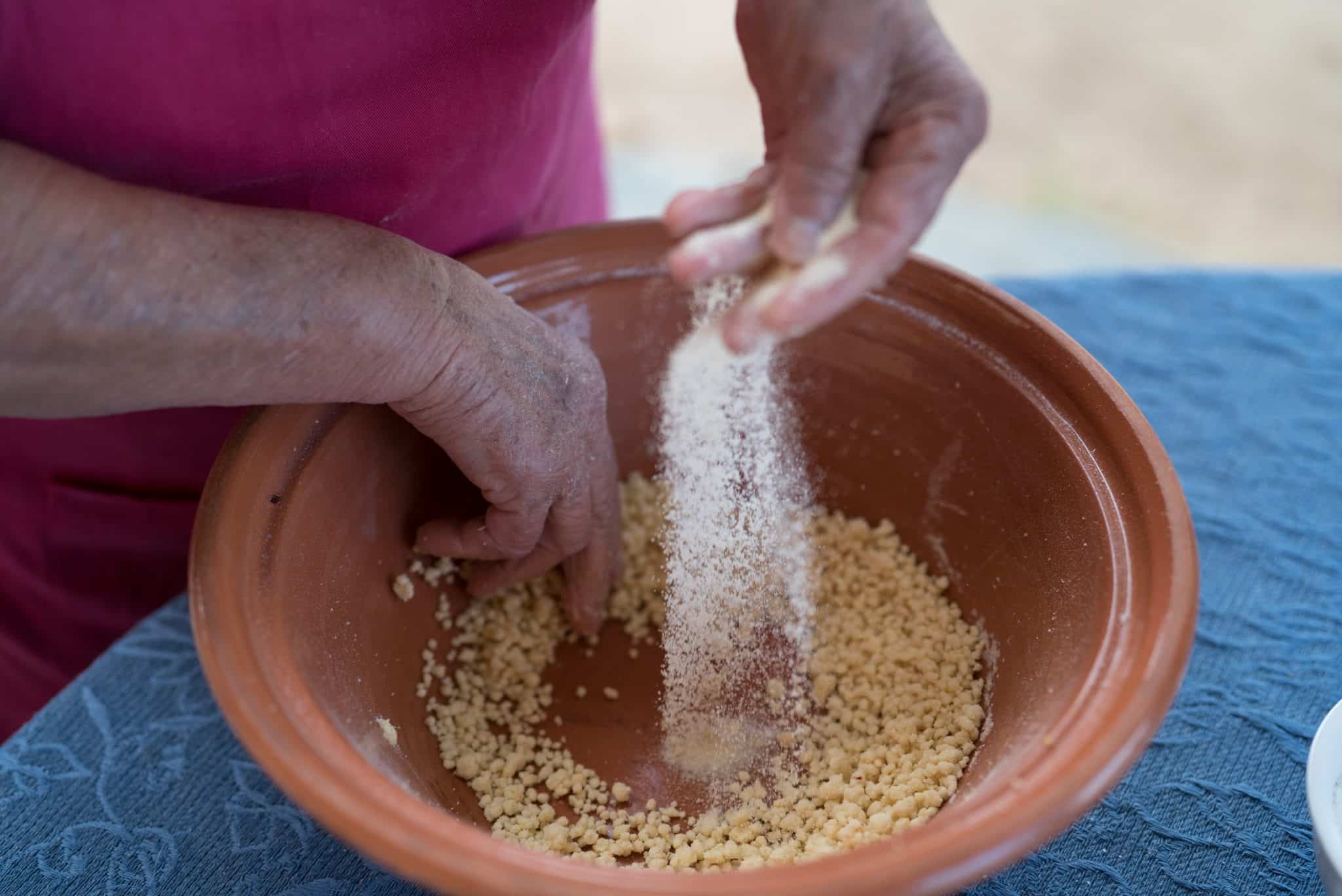 Inspired by North Africa’s couscous, Sardinians created fregula, their own version of semolina pasta. To make fregula, they rub semolina flour and water together in a circular motion to form a round shape. Traditionally they then sun dry and toast it, giving it a rich, nutty flavor. While spaghetti and other types of pasta are used in Sardinia, fregula is more widely used on the island.