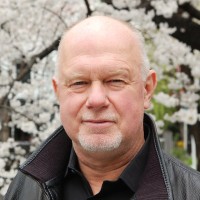 Rudy Maxa is passionate about well-being and improving people’s lives. He’s a longtime collaborator with Blue Zones who brings his professional journalist’s eye to the world of health, longevity and happiness. His years of experience hosting and producing radio and television programs combines with humorous and anecdotal stories of real world applications for the Blue Zones secrets of longevity – both in his own life, as well as those he’s observed around the world.

Rudy shares the cultural secrets of the five discovered “Blue Zones” and the nine common denominators that could allow the average American to live another 12 quality years. He also tells stories about how in 2009, the first Blue Zones Project introduced these common denominators to the residents of Albert Lea, MN, and successfully raised life expectancy and lowered health care costs. The Blue Zones Project has now expanded to four states and dozens of communities and worksites nationwide. Rudy leaves audiences informed, inspired and motivated to try the small changes that over time can make a big impact in people’s health, life and well-being.